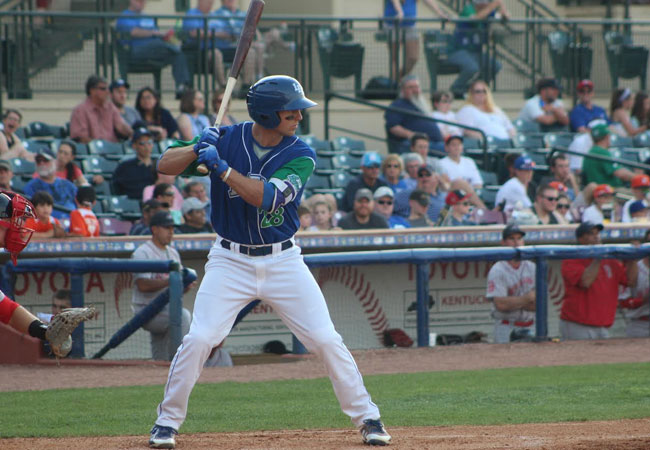 The Lexington Legends fell in game three to the West Virginia Power, 5-3. The Power’s record improves to 28-26 while the Legends fall to 31-25.
In the bottom of the first inning, Oneil Cruz reached on a single to center field for West Virginia. Brett Pope then was hit by a pitch, putting runners at first and second. Calvin Mitchell Alined an RBI single to right field, bringing in Cruz and the Power led 1-0. Deon Stafford Jr. then blasted a three-run homer to center field and West Virginia led 4-0.
The Power plated their final run of the game in the bottom of the third inning. Mitchell doubled to left field then advanced to third on a wild pitch by Danny Hrbek. With Bengston at the plate, Hrbek threw a wild pitch, and Mitchell scored, putting West Virginia up 5-0.
The Legends scored all their runs in the top of the fifth inning. Marten Gasparini and Cristian Perez hit back-to-back singles to put runners at first and second. Ricky Aracena then hit a ground ball to the pitcher, Sergio Cubilete who committed an error, and Gasparini scored while Aracena was safe at first. Travis Jones was hit by a pitch to load the bases. Brewer Hicklen popped up a sacrifice fly to center field, and Perez scored, moving Aracena to third. With Seuly Matias at the plate, Cubilete threw a wild pitch and Aracena scored, making it a 5-3 ballgame.
Garrett Davila was given the loss for the Legends, tossing 1.0 inning allowing four runs on four hits. Cubilete earned the win for the Power, pitching 4.0 innings allowing three runs (unearned) on three hits while striking out four.
The Power and Legends meet tomorrow, June 7 at Appalachian Power Park for the series finale. RHP Gavin Wallace (3-0, 3.59 ERA) will be on the mound for West Virginia and Lexington is TBD.
The Legends, a Class A affiliate of the Kansas City Royals and member of the South Atlantic League, play all home games at Whitaker Bank Ballpark in Lexington, Kentucky. For ticket information, call (859) 422-7867 or visit LexingtonLegends.com