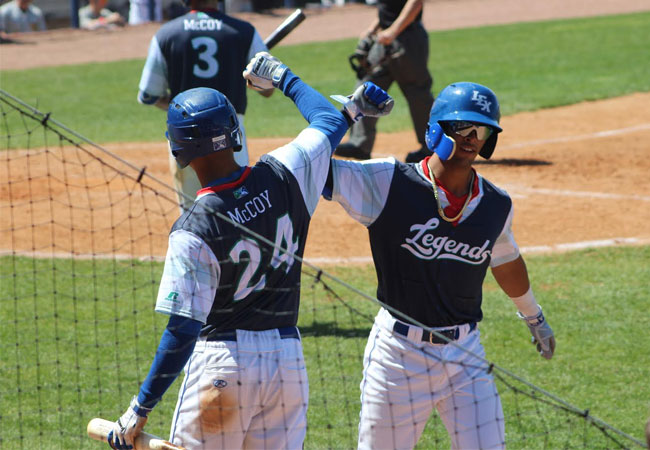 The Lexington Legends drop the series to the West Virginia Power in a game four loss, 5-1. The Legends drop to 31-26 on the season and the Power improves to 29-26.

The Power plated their first runs in the bottom of the third. Brett Pope was hit by a pitch then advanced to third on two separate wild pitches thrown by Janser Lara. Calvin Mitchell drew a walk to put runners at first and third. Deon Stafford Jr. doubled home both runners and the Power led 2-0.

In the top of the fifth, M.J. Melendez smacked a solo home run to left field and the Legends were on the board, 2-1.

In the bottom of the seventh, Mitchell reached again with a single to center field. Stafford Jr. singled, putting runners at first and second. Ben Bengston doubled to right field, scoring both runs and West Virginia extended their lead, 4-1.

The Power brought home their final run of the game in the bottom of the eighth inning. Ryan Peurifoy doubled to left field then advanced to third on a wild pitch by Sal Biasi. Oneil Cruz then lined an RBI single to center field and West Virginia led 5-1.

The Legends will now travel to Asheville, NC to face the Asheville Tourists. They will begin the series with a doubleheader beginning at 4:35 p.m. The Tourists will send RHP Antonio Santos (1-7, 4.24 ERA) in game one and RHP Erick Julio (1-1, 5.74 ERA) to the mound in game two. Lexington is TBD for both games.