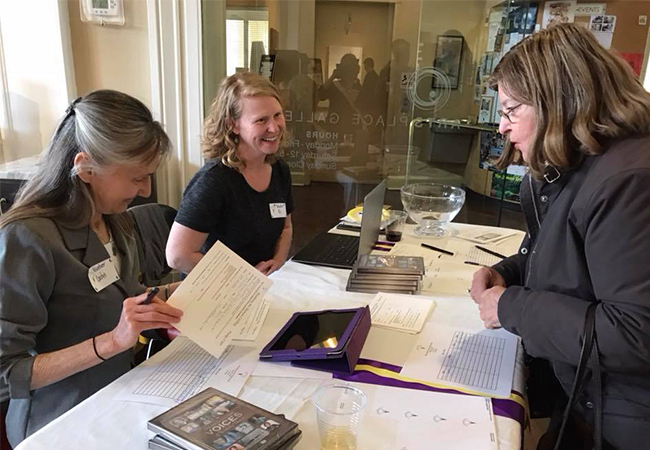 Mayor Jim Gray today presented a $100,000 check from the City to the “Breaking the Bronze Ceiling” committee, a group that is working to erect a statue of a woman in 2020 in downtown Lexington to celebrate the 100th anniversary of the enactment of the 19th Amendment to the Constitution.

“Many important women have left their mark on Lexington’s history, and they should be honored and remembered,” Gray said.

Councilmember Jennifer Mossotti, who has led the organization of the “Breaking the Bronze Ceiling” Committee, said, “The movement to increase women’s representation is about more than just erecting a few statues. It’s about sending a message to young boys and girls that the other half of the population had a hand in shaping the nation’s history.”

Councilmembers Kathy Plomin and Angela Evans were also in attendance at the celebration at the Bodley-Bullock House.

Mossotti said initially the Committee the community is working to engage 100 women throughout the community to support the campaign through fund-raising and raising awareness.