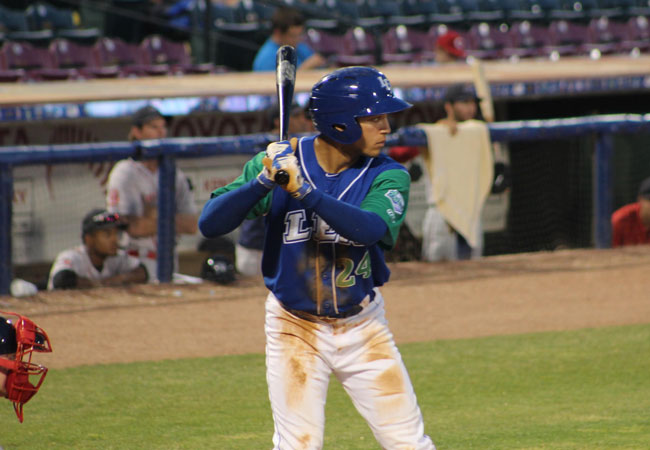 Strong hitting and shutout pitching propelled the Lexington Legends 6-0 over the West Virginia Power in game one of a three game series at Appalachian Power Park. The Legends now improve to 42-39 on the season while the Power drops to 45-34.

The Legends first scored in the top of the second inning. Sebastian Rivero singled to centerfield then moved to third on a double by Cristian Perez. With runners at second and third, Marten Gasparini hit a single to right field, scoring Rivero and moving Perez to third. Ricky Aracena then lined a two-run single to center field plating Perez and Gasparini putting Lexington on top, 3-0.

In the top of the fifth, Dennicher Carrasco singled to center field to lead off the inning. Rivero then doubled him home extending Lexington’s lead 4-0.

In the top of the eighth, Gasparini drew a one-out walk then scored on an RBI double to left field by Brewer Hicklen. MJ Melendez hit a groundball to the second baseman, Rodolfo Castro who committed a fielding error, allowing Hicklen to score making it 6-0.