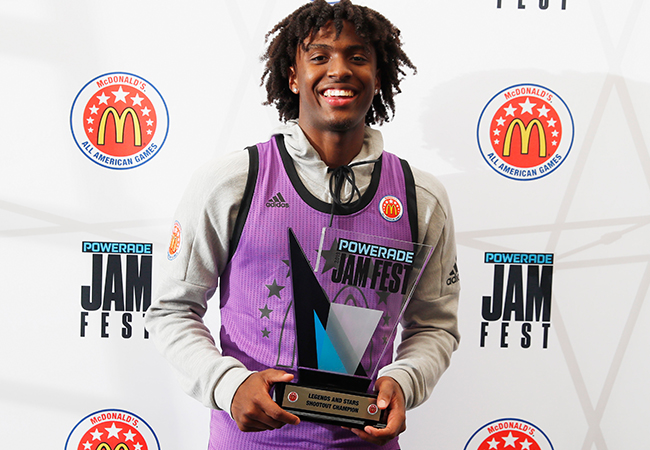 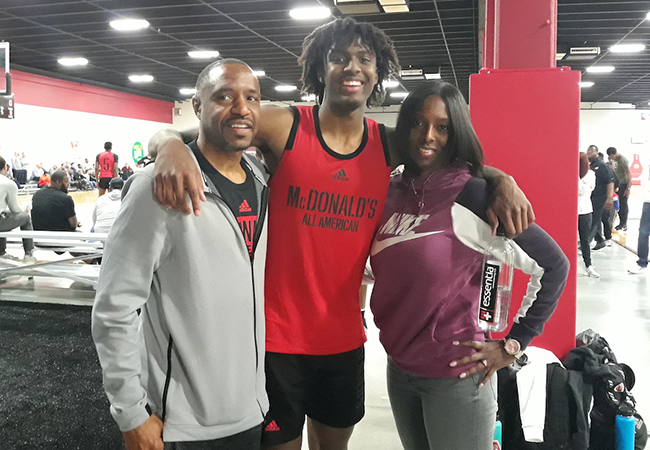 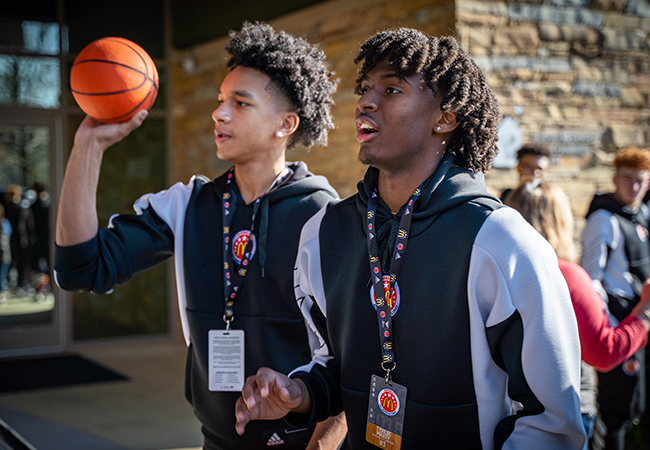 He had watched Kentucky games in Rupp Arena on TV and had heard plenty about the passion of Kentucky basketball fans, but Tyrone Maxey was not ready for what he saw — and heard — when he came to a game in Rupp Arena with his son, UK signee Tyrese Maxey, last season.

“I was blown away at the energy level of the fans. It is kind of hard to put in words. It’s just crazy and you have to experience it. Tyrese was recruited by schools across the county and I got to experience games in different venues. But Rupp Arena blew them all away times 10. I am really looking forward to seeing him play there,” said Tyrone Maxey.

His son, a 6-3 guard, is someone Kentucky basketball fans are going to like watch- ing play, too, and embrace. Certainly, he’s talented — he had 13 points in the Mc- Donald’s All-American Game — but he also has an infectious personality and mil- lion-dollar smile that should make it easy for fans to relate to him.

He knows the pressure he’ll face as a five-star recruit at Kentucky even though he quickly notes that coach John Calipari didn’t promise him or anyone else a starting role or guaranteed playing time. Yet don’t doubt that he will keep that smile on his face no matter what happens.

I know I'm lucky to be in this position and I always want to give back when I can."

“Every day I thank God that I woke up. My mom always tells me that every day you wake up you have something to smile about it,” he said.

Not every player can embrace the Big Blue Nation passion and enthusiasm. Maxey got a taste of it when his South Garland (Texas) High School team played three games in western Kentucky in December and he’s fine with autograph and or pic- ture requests from fans.

“I will always stop and shake hands. I know I am lucky to be in this position and I always want to give back when I can,” Maxey said. “BBN has been great to me already. It has been fun interacting with fans on social media. I am looking forward to more fun when I get there. I just like playing basketball. Every day I wake up and play this game I am still going to be happy.”

Just don’t think he is not competitive. He was the first one to do every drill at the McDonald’s All-American Game. He wants to win no matter what he’s doing. Since his high school season ended, he’s been working on adding strength and finding more ways to finish inside against what he knows will be bigger, stronger players.

“He (Calipari) told me I have to be a leader from day one. I plan on being a vocal leader and trying to help us win a national championship,” Maxey said.

Calipari is always big on communication and it’s hard for teammates not to talk on or off the court when they are around Maxey.

“I like to get to know people, especially my teammates. I want to have a relationship with them on and off the court,” he said. “That is very important for somebody that wants to be a leader. I think on my high school team that is why we played so well together because we had a great relationship off the court that carried over to the court. I want it to be the same way at Kentucky and think it will be.”