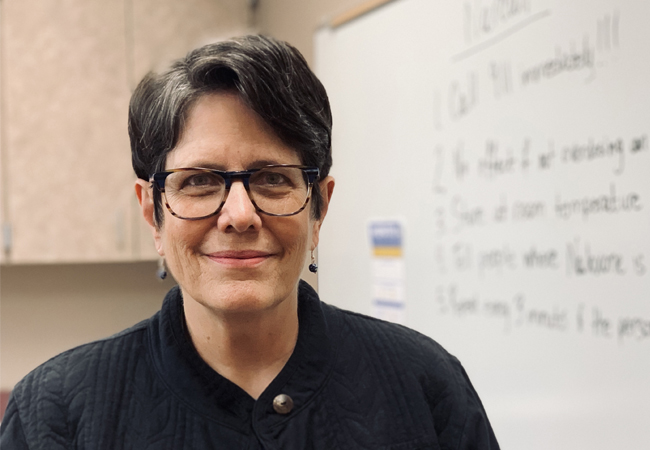 "We cannot continue to identify addiction as criminal behavior if we want to find answers."

In 2017, 11.4 million Americans abused opioids, with the majority of them (11.1 million) misusing prescription pain killers.1 Opioid abuse has grown into a national crisis with an impact being felt throughout our state. Every day more than 130 Americans die of overdoses — that’s one person every 11 minutes. Kentucky is the state with the third-highest drug overdose death rate in America... a rate which is increasing.2

A lifetime of service to the Bluegrass and her background in nursing have helped drive Mayor Gorton's awareness of the severity of the problem, the need for answers and the complexity of the issue. “It is affecting our entire community, every demographic,” Gorton says. “It is a life and death issue. It’s detrimental to our labor force, diverts funding from much needed initiatives and has stolen the future from many talented Lexingtonians. People need help.”

Opioids are a class of drugs that are derived from the opium poppy plant. They come in two main categories: pain relievers like oxycodone (OxyContin®), hydrocodone (Vicodin®) and morphine that are available legally with a prescription and regulated and approved by the FDA, and illegal drugs like heroin and illicitly-made fentanyl.

In addition to blocking pain signals, opioids also impact the brain’s reward center that releases dopamine and endorphins, causing users to feel happy and relaxed. Unfortunately, repeated use causes the brain to stop making those chemicals on their own, leading them to need the opioids just to feel “regular”. The body’s ability to regulate pain becomes altered, resulting in the need for larger and more potent doses in order to experience relief. This is where the danger of overdose can occur. The Kentucky Medical Examiner’s Office reports that the largest demographic for overdose deaths is people aged 35 to 44. Jefferson and Fayette County have the highest percentages of overdose deaths.3

The danger for opioid use by the older population is compounded by the fact that more than 85% of those 57-85 already use at least one prescription medication every day. 50% take five or more prescriptions every day. That increases the risk for drug interactions.4

Most of the heroin coming into the U.S. is produced at poppy farms in Mexico and smuggled across the border by large drug cartels. Heroin also comes from Columbia. Fentanyl for U.S. consumers is primarily produced in China.

Opioid abuse can consist of taking more medication than is required, taking it in a way that’s not prescribed, taking medication prescribed to someone else or taking it recreationally to get high. Most prescriptions for pain are written for a legitimate use for a limited time. As pain subsides, so does the need for the medication. But use can continue long after physical conditions have healed - in fact, opioid addiction can set in after less than a week. If a person becomes addicted to the medication during their recovery time, they will search for a cheap, easy-to-obtain alternative once the prescription’s time window has ended. Often, that’s heroin—80% of heroin users began with a prescription painkiller.3

Thirty years ago, opioids were most commonly administered to cancer patients and people who had suffered severe physical trauma. Chronic conditions like back and neck pain were addressed with behavioral and physical therapy. A number of factors have driven the rise in opioid use, including an aging population, obesity, and an increase in cancer survivorship.

Just as not every person who consumes alcohol becomes an alcoholic, most people are able to manage their prescription drug use even when the source of their pain is ongoing. Physical dependence on pain medication and substance use disorder (SUD) are two different things. Being dependent on pain pills is maintaining normal function through the use of medications prescribed and monitored by a doctor. SUD is an inability to stop using to the point that normal life functions, like sustaining a job, keeping up with school or maintaining relationships are impeded.