Changing the Perception of Mental Health 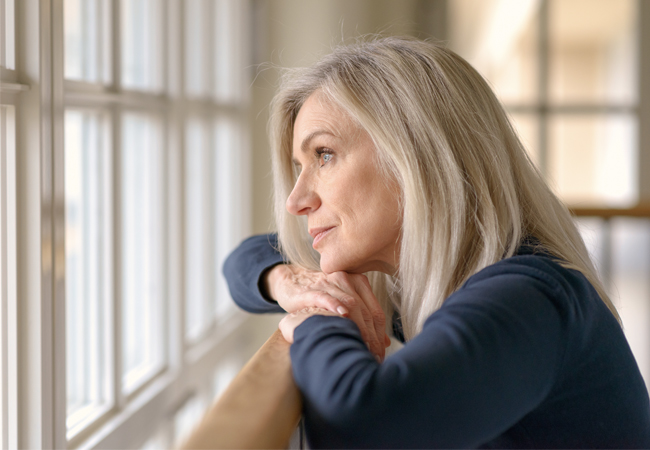 Mental illnesses are conditions that impact thought, emotion and behavior. Like physical illnesses, they can vary greatly in severity, and many people have more than one type concurrently. Nearly 45 million Americans live with mental illnesses, and one in five people will be impacted at some time in their lives.1

Despite the prevalence of this disease, many myths and misconceptions still persist, serving as roadblocks to understanding, empathy and support for those most directly affected.

Mental illnesses are prevalent in popular culture from movies such as “Silver Linings Playbook” ( bipolar disorder), television shows like “Monk” (OCD) and “Scandal” (PTSD), “This is Us” (anxiety/panic attacks) to books: “It’s Kind of a Funny Story” (depression). Once considered a defect or weakness, mental illness is now recognized as a chemical imbalance in the brain or result of an environmental condition like stress or trauma. With a shift toward community-based health care, mental health treatment has become more mainstream, and people are more open about sharing their experiences with mental illness and recovery.

Yet while popular media has helped to bring mental illness out in the open, it has often perpetuated myths for the purposes of entertainment: that the mentally ill are violent or antisocial, can’t control their symptoms, look different from others, are incurable or can be cured with a simple fix. Clearly, there are still many misconceptions to dispel.

There are over 200 classified types of mental illness; let’s look at some of the most common.

A mood disorder that affects how you feel, think and perform basic daily functions like sleeping and eating. It’s believed to originate in imbalances of brain chemicals called neurotransmitters.

Depression is the #1 cause of disability around the world, affecting more than 300 million people1. It can strike people of all ages, though women are twice as likely as men to become depressed, and the condition peaks during reproductive years (ages 25-44).2 There are different forms, including postpartum depression and seasonal affective disorder (SAD).

Signs of depression include persistent sadness, dread, emptiness, fatigue and inability to focus. In many people, especially men, depression can manifest itself as anger and irritability. While it’s natural to feel down from time to time, symptoms that occur consistently for two weeks or more could be signs of a major depressive disorder (MDD) that requires treatment.

Once known as manic-depressive illness, this is a brain disorder marked by sudden and extreme shifts in mood and energy levels. These phases, called “mood episodes” can last for weeks or months at a time. In a manic episode, feelings include agitation, elation, euphoria and accelerated speech, while in a depressive episode people experience anxiety, fatigue, inability to focus and lack of interest in almost all activities.

Bipolar disorder usually appears first in adolescence. The cause is currently unknown, though it can run in families. It affects men and women equally. Approximately 2.6% of Americans live with bipolar disorder.3

Illnesses marked by disturbances in thoughts, emotions and behaviors relating to food, including bulimia, anorexia nervosa, and binge-eating. The National Eating Disorder Association reports that over 30 million Americans and 70 million people worldwide suffer from these conditions.

Anorexia nervosa has the highest mortality rate of any form of mental illness, because of the damage it can cause to internal organs like the brain and heart, and the high risk of suicide. Singer Karen Carpenter died at the age of 32 from complications of years of living with anorexia. Eating disorders have been shown to run in families, affect men as well as women, and may develop in various stages of life. Diana, Princess of Wales and actress Jane Fonda were among the first high-profile individuals to speak openly about their struggles with bulimia.

Life contains many moments that can cause us to feel nervous, such as taking an important test, managing a big business project or dealing with relationship issues. Anxiety disorders are different because they involve feeling worried or anxious for often no apparent cause. These emotions can be ongoing and severe enough that they cause people to avoid basic life activities. Over 18.1% Americans are affected.1 The five major types are: Generalized Anxiety Disorder (GAD), Post-Traumatic Stress Disorder (PTSD), Obsessive-Compulsive Disorder (OCD) Panic Disorders (panic attacks) and Social Anxiety Disorder.

Addiction is an inability to break a dependence on a substance or behavior, even if the consequences are harmful. A chronic disease that alters the brain’s structure and function, addiction comes in many forms, though it’s most commonly associated with illegal and prescription drugs, tobacco, pornography and alcohol. One can also become addicted to gambling, sex, video games, shopping, food, work and social media.

The Surgeon General reports that nearly 21 million Americans struggle with substance addition, more than the number who have all cancers combined. In addition to serious, even fatal damage to the body, addiction can lead to financial ruin, damage to personal and professional reputations and loss of relationships.

Mental Health America ranks Kentucky 26th by state for prevalence of mental illness and access to care. An estimated 600,000 Kentuckians experience a mental illness every year. For about 5% (around 168,000 people) it will be severe enough that it limits major live activities. Yet less than half of them will seek help.4 Sadly, more Kentuckians will die every year from suicide than in car accidents.5

Denial, embarrassment, lack of understanding where to go and being uninsured or underinsured are just a few of the factors causing people to forgo treatment. But just like a physical illness, trying to ignore or get used to the symptoms is usually not the best option. Seeking help for a mental illness is a sign of strength, not weakness. It’s no different than getting treated for a physical condition like asthma or diabetes and shouldn’t come with feelings of guilt or shame.

If you or someone you care about is living with a mental illness, be aware that there are many treatment avenues available. Ideally, treatment is a process where you partner with your PCP, therapist, and family members to work toward recovery. Depending upon the level of severity, time in a psychiatric hospital, outpatient facility or rehabilitation clinic may be required.

Don’t be afraid to try several providers before you find the right one for you. While reviewing potential therapists, look carefully into their credentials, area of specialty and approach to treatment to be sure they’re aligned with your needs. You may prefer someone experienced in LGBTQ, teen, couples or senior issues, or one who offers a faith-based approach.

Current and retired service members may grapple with different mental issues than civilians. The U.S. and Kentucky Departments of Veterans Affairs have mental health and support services located throughout the Commonwealth just for service members and their families.

What could I expect from treatment?

Treatment for mental illness is usually medication, talk/behavior-based therapy or a combination. Medication can help to keep symptoms manageable, but combining it with behavior modification can help facilitate lasting success. Some medications may be used until the condition has been addressed, while other conditions like bipolar disorder require lifelong treatment. A primary care provider will want to do a physical exam to rule out any physical issues, such as a thyroid or endocrine system disorder, that may be the actual cause of symptoms.

Patients should understand that depending upon the condition, recovery can be a long and difficult process and will require commitment from themselves and those around them. It’s common to want to discontinue medications once symptoms start to improve, but this shouldn’t happen without the direction of the therapist.

Check with your insurance provider to see what is covered under your plan, and find out if your employer offers an EAP (Employee Assistance Program) that may also help cover the cost of therapy. If time or travel are a concern, there are programs such as Doctor on Demand, BetterHelp and Talkspace that allow you to talk to a therapist via your mobile device.

With the right care, many people are able to recover completely or manage their conditions to the point that they can have fulfilling and successful lives. Are you ready to take the next step for yourself or a loved one who needs mental health care? Here are some resources that could help you:

The Kentucky Cabinet for Health and Family Services administers and provides public mental health services. They have a provider directory that you can search by services by county. They also have 24-hour crisis hotlines and a directory of Community Mental Health Centers and psychiatric hospitals where those with mental health concerns can check for treatment options. Visit: dbhdid.ky.gov or call: (800) 374-9146.

The Office of Drug Control Policy oversees substance abuse and addiction treatment. There are many treatment and recovery resources available, visit: odcp.ky.gov

New Vista (formerly Bluegrass.org) is a nonprofit community mental health center that has provided treatment to children, adults and families in 17 counties in Central Kentucky since 1965. They are experts in mental health, substance use, and intellectual and developmental disabilities. Find more information at: bluegrass.org or call their 24-hour helpline: 1-800-928-8000. •

4 The National Institute of Health