Documentary Series Kicks off in August with Cannabis Film 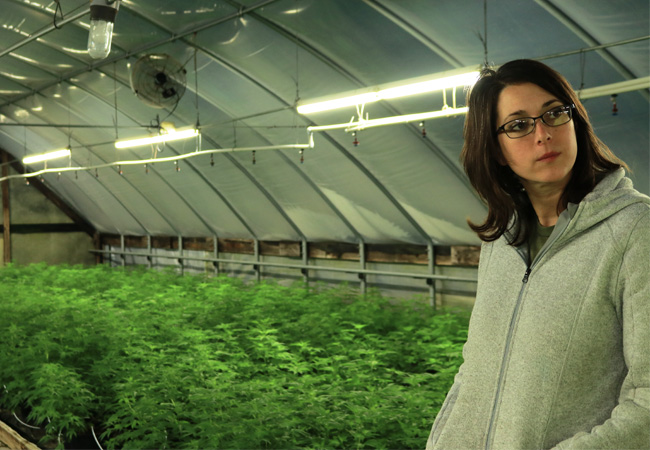 (Louisville KY, July 24) >From salves and CBD to food and fiber, hemp is making a comeback in the United States as a major cash commodity—and Kentucky is leading the way.

“I think that there’s a lot of interest in what Kentucky is doing for CBD and hemp because it’s such a beautiful drop-in replacement for tobacco farmers,” said Chad Rosen, Founder and CEO of Victory Hemp Foods, based out of Carrollton, Ky. “Not only do we have the right growing climate, but the knowledge base for hemp cultivation here is ripe.”

Rosen is featured in the latest installment in the KY Place documentary series, titled “Hemp State,” which explores the lives of Kentucky hemp farmers, processors, and advocates as they overcome the lingering stigma towards cannabis.

The film delves into the long and complex history of hemp production in Kentucky, which predates the span of time when tobacco reigned as the dominant economic powerhouse in the state. Throughout the late 19th century, famed statesman Henry Clay grew thousands of pounds of the crop at his estate in Lexington, earning him the nickname “the prince of hemp.”

Public opinion changed after World War II, which saw the rise of anti-cannabis propaganda that cautioned against the perils of “reefer madness.” Although hemp has no psychoactive properties, it nevertheless got swept up in the movement and banned alongside its mind-altering cousin. It wasn’t until the passage of the 2014 Farm Bill, that farmers were allowed to grow the crop again.

“This is sort of a lost history—a lost industry—that had been stigmatized for so many years because of its relationship to marijuana and people not understanding the difference,” said  Alyssa Erickson, Co-founder and Principal of United Hemp Industries, who is also featured in “Hemp State.”

Hemp was made federally legal with the passage of the 2018 Farm Bill, which puts the crop under the purview of regulatory agencies like the FDA. But questions remain about the equity of the broader cannabis industry.

“In states that have marijuana legalization, minorities are left out of that picture, even though we paid the most cost associated with the war on drugs,” said CJ Carter, President of the Cannabis Economic Diversity Association, known as CEDA.

CEDA is one of many Kentucky-based organizations highlighted in the film, but it’s unique in that it’s the only incubator for minority-owned cannabis businesses. But the group is also working to change current state law that considers marijuana possession a felony offense.

“One of the things that comes with that felony is you lose your right to vote,” Carter said. “That’s why it’s important to advocate for my community so we can participate in cannabis legalization, especially in Kentucky. Because once upon a time, this state was the hemp capital of the world.”

“Hemp State” will be screened in various venues across Kentucky during the month of August. It kicks off the second season of KY Place, which continues with the release of “Taking Cheapside” in October, and concludes with “Lowertown USA” in December.

After each screening, audiences are invited to participate in a panel discussion led by the hemp farmers, entrepreneurs, and advocates that were featured in the film.

A full schedule of “Hemp State” showings are listed below. For more information about the KY Place documentary series, visit kyplace.com.