Art in the Bluegrass: Railbird 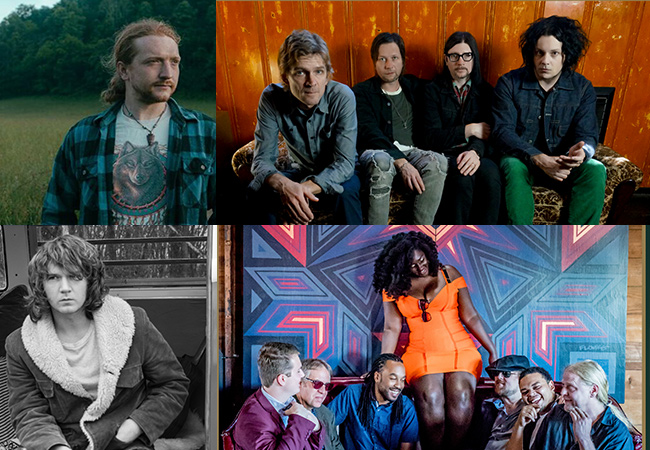 Originating from the nickname of horse racing enthusiasts who love to be up close to the action, Railbird is a music festival that takes place right here in the heart of the bluegrass. The festival embodies the culture and tradition of the Lexington with music, equine culture and bourbon. The historic Keeneland Racecourse will host this one-of-a-kind event on Saturday, August 10th and Sunday, August 11th. The festival will feature many of Kentucky's own musical talents. Artists like Tyler Childers, The Raconteurs, Justin Wells, Ian Noe, Joslyn & The Sweet Compression, The Wooks, Johnny Conqueroo, Kelsey Waldon and many others from outside the bluegrass! To celebrate Lexington's equine industry off-track betting will also be available during the festival with the coast-to-coast simulcast of the festival grounds. Guided tours of the horse capital's training grounds will be available to showcase the Kentucky countryside. Guests will also be able to observe the thoroughbreds morning workouts from the trackside.

Noe is currently based in Bowling Green, Kentucky. His debut album, “Between the Country,” reflects on his everyday life growing up in Beattyville in Eastern Kentucky. The album was recorded at Nashville’s RCA Studio A with grammy-award winning producer Dave Cobb, and an ensemble of supporting musicians help paint Noe’s picture.

Tyler Childers calls Lawrence County his Kentucky home. His debut album, “Purgatory,” features ten songs that map out Tyler’s childhood, featuring people, landmarks and moments that shaped him into the story-teller he is today. Childers creates a sound that represents the history of the mountains while appealing to younger generations of fans.

Jack Lawrence is the bass guitarist of The Raconteurs. Although he currently resides in Nashville, he is originally from Covington, Kentucky.

Jack Lawrence is the bass guitarist of The Raconteurs. Although he currently resides in Nashville, he is originally from Covington, Kentucky. Lawrence also plays alongside The Greenhornes, The Dead Weather and City and Colour. He was a guest on the 2008 James Bond film, “Quantum of Solace,” playing a bass and baritone guitar.

Johnny Conqueroo is an established Lexington band who will soon be receiving national attention. They’ve appeared at events such as Moonshiners Ball and Crave Music and Food Festival. The band has a sound that mixes bluesy rock and roll with psychedelic influences. They just released their new EP, “Haint Blue.”

Originally from Bossier City, Louisiana, Justin Wells resides in Lexington with his wife and twin daughters. Wells moved to Lexington in 2005 and later founded the band, Fifth on the Floor. The band broke up in January of 2015, which led to Wells going solo in 2016, releasing his solo debut album, “Dawn in the Distance.”

Lexington-based Joslyn & The Sweet Compression are a unique blend of R&B, Funk and Pop. Band leader Joslyn Hampton grew up singing in the church choir and now she has a diverse, all-star band to back up her powerful vocals. The band has received national attention.

Born in Monkey’s Eyebrow, Kelsey Waldon has deep roots in rural Kentucky. But ever since she moved to pursue a career in music, she has become a renowned bluegrass artist. Her second album ranked on two of NPR’s most-acclaimed lists; Ken Tucker’s “Top 10 Favorite Albums of 2016” alongside Beyonce, Miranda Lambert, and William Bell.

The Wooks are unique because they’re able to create the sound of traditional bluegrass music with their an electrical twist. They captivate area music-lovers with their rich musical and storytelling abilities. Their sophomore album, “Glory Bound,” was recorded at Rickey Wasson’s Main Street Studio in Clay City, Kentucky.