CBD And Your Health 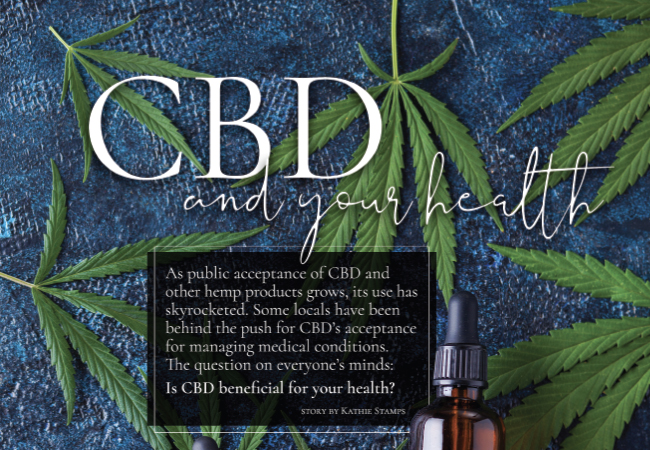 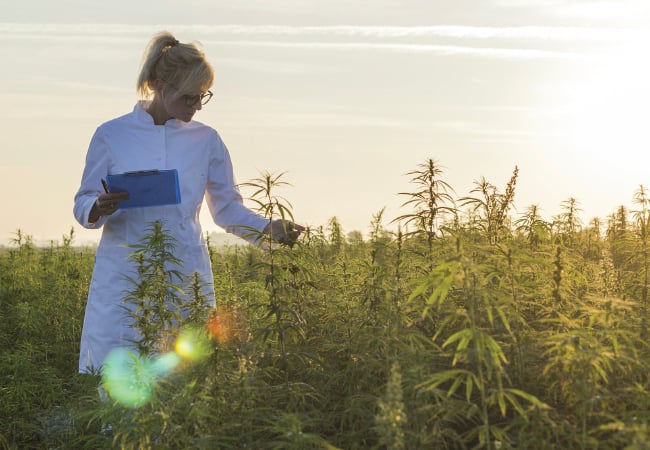 Medical advancements have come a long way over the past few decades in the diagnosis and treatment of cancer, the proliferation of abnormal cells that create a malignant neoplasm, otherwise known as a malignant tumor. But with medicine and treatments come side effects, so patients and health care professionals are always on the lookout for methods of easing symptoms such as nausea, loss of appetite, hair loss and lethargy.

CBD has recently become a symptom-reliever of choice for many patients. Before it came on the market, there were patients who would seek marijuana to alleviate the side effects of chemotherapy, even though it was illegal and caused a buzz. Today it is possible for legal, non-high, management of some symptoms. With a caveat or two.

CBD is an abbreviation for the first, middle and last letters of the word cannabinoid, a natural chemical compound found in cannabis plants. One variety of cannabis is hemp and another is marijuana. Both contain CBD—in fact, over 100 types chemical compounds. You can see how this subject becomes complex very quickly, right? Basically, the difference between legal vs. illegal, between non-intoxicating vs. getting high is the compound tetrahydrocannabinol, or THC.

Miller is a member-in-charge with Frost Brown Todd and he is general counsel for the U.S. Hemp Roundtable. He actually founded the organization in honor of Gatewood Galbraith, who died in 2012. James Comer was the Kentucky Commissioner of Agriculture at the time and asked Miller to help out with the hemp cause and form a trade organization to fight for the interest of hemp farmers and businesses. Miller did so, originally calling it the Kentucky Hemp Industry Council. For the past three years it has been known as the U.S. Hemp Roundtable.

“It started off with four people in my basement and a $20,000 budget and now we’ve got more than 80 companies and more than a $1.5 million budget,” Miller said. “We led the fight for passage of the 2018 Farm Bill, which completely legalized hemp. We’re working with the FDA to get their stamp of approval.”

Ohio is one of the states allowing marijuana to be sold for medical purposes; a half-dozen states allow it to be sold to adults for recreational use, including Colorado, Oregon and California.

“Hemp is hemp; it is now legal 100% on a federal basis; you don’t need to have a medical card to get it,” Miller said, adding, “Hemp CBD cannot be sold with any medical claims.”

Any product that claims to treat a disease or its symptoms has to go through a lengthy process with the FDA, the Food and Drug Administration. In the summer of 2018, the FDA did approve Epidiolex, a hemp product, as a treatment for seizures associated with two rare forms of epilepsy.

Adriane Polyniak is the executive director of Kentucky Cannabis Company. KCC was formed in 2013. “We are farmers first,” she said. She and her husband, Bill, grow and harvest hemp on their farms in Fayette and Mercer counties, extracting and processing the resin of the plant to create full-spectrum CBD extracts with a high CBD content of cannabinoids. When the Federal Farm Bill of 2014 was passed, Kentucky Cannabis Company was one of six pilot programs granted legal authority to cultivate hemp in Kentucky. The Polyniaks were focused on cannabinoid research instead of the commercial manufacturing side of hemp for its fiber and seed.

In 2015 they started a retail component for consumers, Bluegrass Hemp Oil. The store is located off East Reynolds Road and they have another retail location in Spokane, Washington. The Polyniaks initially started researching hemp and cannabinoids to help their son who in 2009, at the age of three, was diagnosed with epilepsy and had hundreds of seizures a week. Doctors were prescribing pharmaceuticals for little Colten, but the side effects were awful and he almost wound up in organ failure.

“Going through all this, we started looking for more natural options, something that would bring him seizure relief but not change our child,” Adriane Polyniak said. “My husband came across research on marijuana that doesn’t get you high.”

It turned out to be high-CBD varieties of hemp, instead of marijuana containing “high” THC.

“We started advocating for the legalization of hemp in Kentucky,” she said. “Everybody thought we were crazy. Bill was told that nobody would want CBD, that this wasn’t the direction hemp was going to go.”

In less than a handful of years, hemp has exploded throughout the country. Some people believe it will be a $20 billion industry by 2022. It is already emerging as a $1 billion industry.

“People in Lexington might not know that we are ground zero for hemp,” Miller said. “We were the leading exporters of hemp 200 years ago when Henry Clay was around and we are now we poised to do the same here in Central Kentucky.”

He is hopeful that research will soon show that hemp CBD products cure a lot of diseases and that there will be FDA approval for it. Until then, Miller cautions consumers to do their due diligence and use good judgment in purchasing hemp products for general health and wellness. “If someone is making medical claims, like this product is going to cure cancer? Don’t buy those products,” he said. “Those are not legal claims.”

“CBD doesn’t work like a pharmaceutical does,” Polyniak said. “It’s not going to immediately mask whatever’s going on. It’s going to work within your body and help your body fix itself.”

While there aren’t any known side effects caused by the CBD itself, it can interact with pharmaceuticals in the same way that grapefruit can, due to the same enzyme.

“Colten is seizure free and pharmaceutical free,” Polyniak said. “He takes our CBD extract, and he is back to being the kid he was meant to be.”

Attorney Jonathan Miller is hopeful that research will soon show that hemp CBD products cure a lot of diseases and that there will be FDA approval for it.

Until then? He cautions consumers to do their due diligence and use good judgement.