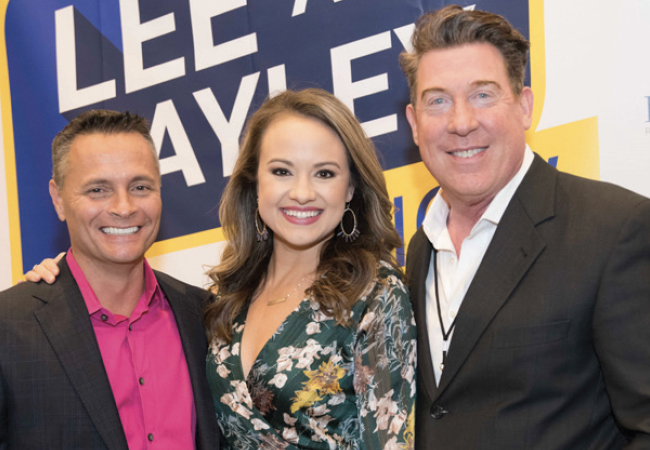 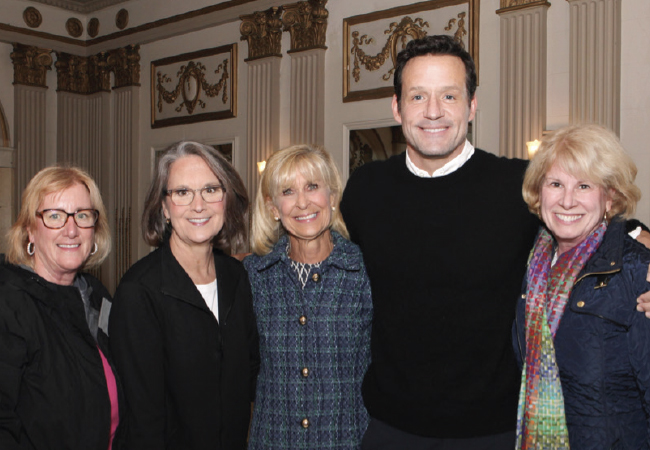 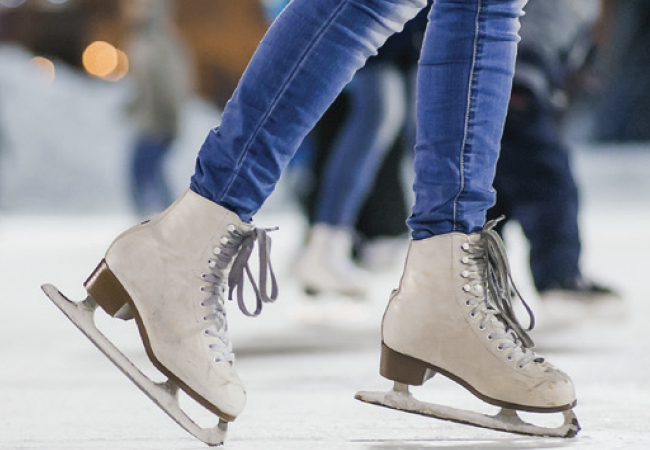 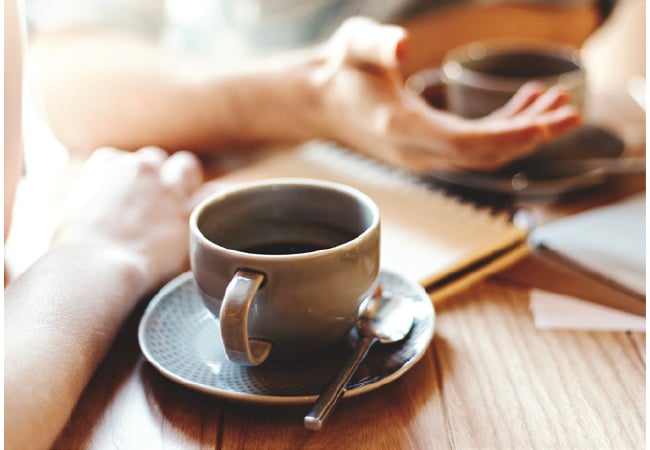 Lexingtonian Josh Hopkins is lighting up the silver screen again in a film produced by Alec Baldwin and written and directed by Joe Souza.

The movie, Crown Vic, follows two LAPD police officers on a night in the city. A seasoned, cynical veteran officer shows a rookie cop the ropes. Along the way, they keep encountering Hopkins’s character, an Afghanistan combat veteran who is a loose cannon of the police force.

With new cases – and new threats – around every turn, this indie drama is thrilling and suspenseful. Hopkins stars alongside Luke Kleintank, David Krumholtz, Bridget Moynahan and Thomas Jane.

Released on November 15 nationwide, a special premiere was held at the Kentucky Theatre on November 19th with Hopkins and costar Greg Bello in attendance. The “One Night Only” screening featured a Q&A with the actors. Coach Cal and Rex Chapman tweeted about the event to invite the BBN to come out and support a fellow Kentuckian.

Crown Vic can be seen in select theaters across the country.

Lee Cruse and Hayley Harmon announced plans to return to television in early 2020. The long-time pair will host “The Lee and Hayley Show” which will air weekdays on WTVQ ABC 36. The show will debut on Monday, February 17.

“The Lee and Hayley Show” will reunite Kentucky’s two most popular and well-known TV personalities who previously hosted “Live with Lee & Hayley” on Lexington’s NBC affiliate.

After taking some time off this past summer, Cruse and Harmon decided to create their own production company, Lee & Hayley, LLC, thus giving them creative freedom for this and potential future shows.

“Lee and I are thrilled to be staying in the Bluegrass with our new program,” said co-host Harmon. “We’re going to be back on the air doing what we love for the fans we adore.”

Chris Aldridge, general manager at WTVQ, was elated to be able to facilitate a new home for the small screen power-duo. “We’re delighted to welcome Lee and Hayley into the ABC 36 family,” he said. “Bringing their tremendous talent and immense viewer-appeal to our station is going to be a game-changer in this market,” he added.

“Hayley and I felt it was imperative to partner with a talented team of professionals we trust and have our best interest at heart,” Cruse said. “Additionally, we are grateful to Chris, his ownership and his team for making this opportunity possible.”

In addition to co-hosting “The Lee and Hayley Show,” Cruse will bring his distinctive brand of reporting and storytelling to various ABC36 newscasts and special features.

Prior to going live with the new show, Cruse and Harmon are planning on making several public appearances together.

A coffee-themed coffee table book to support a great cause

CASA of Lexington volunteer Kyle Eberst created something that supports both a cause he is passionate about and the local coffee house scene. Coffee Shops of Lexington is a vibrant, informative guide to an important piece of our city’s food scene.

To create the book, Eberst interviewed the founders and owners of local coffee shops. Photographer Keeler Pansing captured the details that make each location uniquely Lexington. A portion of the proceeds from each book sale go to support CASA of Lexington.

CASA’s trained and supervised volunteers advocate through the family court system to ensure all victims of child abuse and neglect are safe and thrive in a permanent home. While a child in those situations may face a great deal of uncertainty, CASA (Court Appointed Special Advocates) aims to provide continual monitoring and advocacy, being a stable and constant person in that child’s life.

The 60+ page hardcover book is available for purchase at several local shops.

Mayor Linda Gorton and members of the Urban County Council celebrated the completion of the city’s 100th mile of paved bikeway in November with a news conference along West Hickman Trail in Veterans Park. Gorton said, “There are many things I’m thankful for in Lexington, including the people who had the foresight to start investing in bike trails and bike lanes many years ago. As a result, citizens today have opportunities to get outdoors and enjoy some exercise, or to bike to work or school.”

The 100 miles includes paved surfaces designated for bike use, such as bike lanes, lanes shared with vehicles, and shared use trails. “We’ve still got a long way to go, but 100 miles is a significant achievement,” Gorton said. “This puts us over one-third of the way to the full buildout of a bicycle network.”

The City reached mile 100 along the West Hickman Trail in Veterans Park. The trail is a shared-use, greenway trail that connects Veterans Park and Veterans Park Elementary School to an existing on-street bikeway system. The project consists of a 12-foot wide asphalt trail, which includes a 100- foot steel bridge that crosses West Hickman Creek.

The city’s first bike lane was installed on Waller Avenue in 1995. In 2000, there were only 6.1 miles of paved bikeways in Fayette County. Today, bike lanes can be found on many roads, including Main Street.

One of the most exciting trails under construction is Town Branch Commons, which will run through downtown and link the City’s two major trails, Town Branch Trail and the Legacy Trail. When Town Branch Commons is complete, Lexington will have 22 miles of uninterrupted bike and pedestrian paths that connect downtown to the rural landscape.

The Unified Trust Company Ice Rink has been a downtown Lexington staple since 2011. Whether you’re showing out-of-town guests around our city, keeping the kids entertained during winter break or looking for something new to do for date night, you are sure to enjoy ice skating in the heart of downtown!

Triangle Park turned into a winter wonderland with the Christmas Tree Lighting Festival presented by Immanuel Baptist Church. Downtown Lexington is buzzing with holiday spirit, and this is the perfect place for you to take it all in.

What are you waiting for? The ice rink is open every day of the week. There are plenty of parking spots within walking distance of the park. Skates are provided and vendors sell hot chocolate to keep you warm!

Ice skating is a fun workout, so make plans to stay downtown for a bite to eat after you showcase your skills on the rink.

Need another great reason to enjoy downtown Lexington this holiday season? The Shop and Celebrate Festival is back again! When you shop, dine, play and stay downtown through December 20 and spend $25 or more at any of the 35+ participating downtown businesses, you can text a picture of your receipt to 474747 to potentially win some awesome prizes.

To find out more about the Unified Trust Ice Rink and the Shop and Celebrate Festival, visit downtownlex.com

1. Bundle up and wear golves