Who's Who: Ryan Quarles 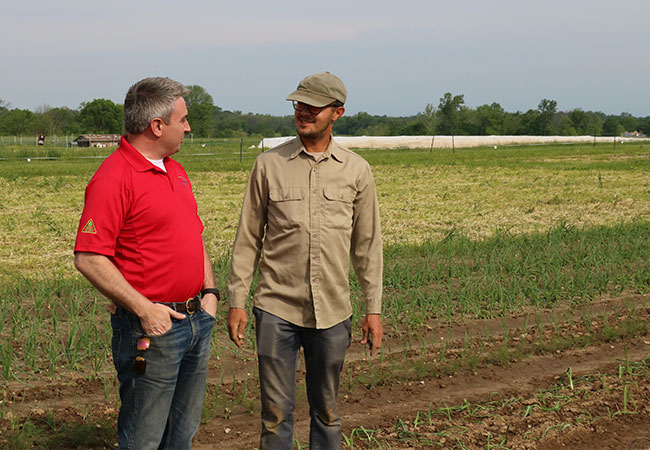 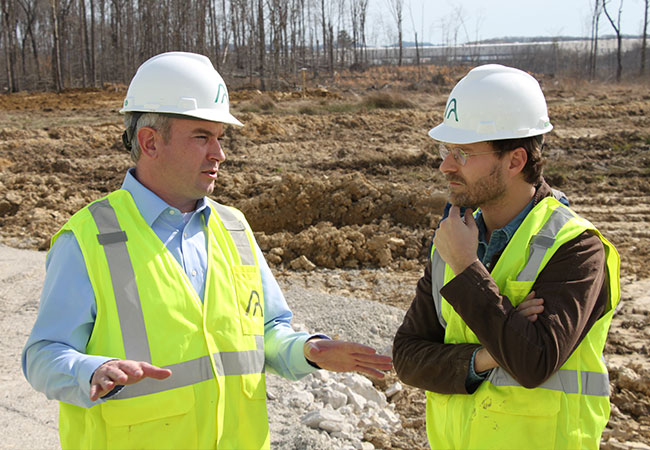 A ninth-generation Kentuckian with seven college degrees and a love of all 120 Kentucky counties and nature’s four seasons, Dr. Ryan F. Quarles is serving his second term as the commissioner of the Kentucky Department of Agriculture.

Growing up on his family farm in Scott County, Quarles became interested in civics and state government as a young teenager. In 2010 he ran for his first office, serving in the Kentucky House of Representatives, while he was still in college. He was elected ag commissioner in 2015 and re-elected in 2019.

“I am thrilled to be where I am today,” Quarles said. “I love politics, I love policy making, I love agriculture. This really is a dream job.”

Education has a high priority in Quarles’s life. He has three undergrad and two graduate degrees in agricultural economics and in diplomacy and international relations from the University of Kentucky, plus a master’s in higher education from Harvard University and a doctorate in higher ed from Vanderbilt.

Quarles lives in his hometown of Georgetown. He commutes to Frankfort for work, but more often than not he is out visiting farmers and Kentucky Proud producers all across the commonwealth. Last year he traveled to each of Kentucky’s 120 counties, putting a lot of miles on his car. “In Kentucky, those miles are not straight,” he said. “I love it, though. I love Kentucky.”

Rooted in a 240-year-old legacy of agriculture, Quarles comes from a long line of farmers—one of Kentucky’s frontier families in the 1780s, in fact. As a wee lad himself, let’s say around six, he began working the land and his dad paid him a dollar an hour, which he saved up to go to college.

“Character-building exercise,” Quarles called the hard work of putting up tobacco, baling hay and repairing the farm machinery. During harvest time, the family would put in 80-hour weeks. “I wouldn’t trade my Kentucky farm roots for anything,” he said. “The work ethic gave me respect for a hard-earned dollar.” For example, if he wanted a CD (country music or ‘90s rock) he had to go out and earn it.

In previous decades, the Quarles family raised tobacco and cattle. In modern days they’re farming soybeans and corn, as well as high-quality hay for the horse industry.

“I am thrilled to be where I am today,” Quarles said. “I love politics, I love policy making, I love agriculture. This really is a dream job.”

Three out of his four grandparents were farmers and the fourth was a Kentucky Thoroughbred trainer. “Agriculture runs deep in my blood,” Quarles said. “I love the racetrack, I love the farms. It is easy for me to go up to any person in the state and strike up a conversation about how farming impacts all of us.”

In his spare time, Quarles helps out his dad on the family farm in Scott County. “Nothing replaces the sun on your face and wind on your back,” he said. He also enjoys cooking and having friends over to break bread—and Kentucky Proud recipes. When the topic of Fayette County comes up, you’ll likely hear him bragging on Lexington’s “eats” appeal and foodie scene.

He’s especially appreciative of Kentucky’s bourbon “crop,” so to speak, and for many reasons. “The economic impact on our state, the history and heritage, and it truly is a signature drink that, whether you drink alcohol or not, is something that helps define our state and support our farming community,” he said. “The bourbon industry liquefies over 9 million bushels of
Kentucky corn.”

At the onset of the coronavirus outbreak, Commissioner Quarles led the Kentucky Department of Agriculture (KDA) in taking measures to protect the agricultural sector and the state’s schoolchildren who rely on free and reduced lunches: 75% of Kentucky’s 650,000 students. The National School Lunch Program is coordinated through the KDA’s Division of Food Distribution. Commissioner Quarles contacted the U.S.

Department of Agriculture (USDA) to request flexibility for Kentucky’s school districts so students would have access to meals during school closures, and that waiver was granted. He personally visited with nearby Harrison County Public Schools to help distribute meals to students, and with Southern Elementary in Lexington.

Reaching out on social media, Commissioner Quarles said: “The Kentucky Department of Agriculture is talking constantly with our commodity groups and our processors who are affected by this crisis. When you can, please be sure to buy local, buy Kentucky Proud, and thank a Kentucky farmer.”

First Concert: Alabama, when they performed at EKU’s Brock Auditorium in January 1993.

Inside Scoop on UK Sports: A lot of people don’t know how competitive the UK shooting team is. We field an Olympian every four years!

Bourbon Quote: “They say Kentucky is home to 95% of the world’s bourbon, but I say 100% of the bourbon worth drinking.”