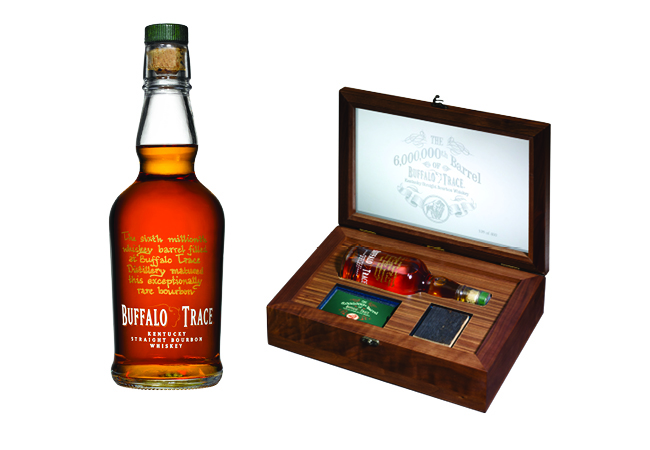 To date, 332 non-profit organizations have raised $1,145,162 for charities of their choosing, while 56 others have had to reschedule or postpone fundraising efforts due to Covid-19. This number exceeds the original goal of raising $500,000 and is expected to grow as non-profits come up with creative ways to safely raise funds in the next few months. Causes that have benefitted include education services, ecological foundations, leukemia and lymphoma, arts foundations, veterans, animal rights and many more. The full list of charities can be found online at www.6millionthbarrel.com.

Each organization that was chosen received a bottle with a beautifully handwritten description on the glass. The bottles were packaged in a hardwood showcase box that included a piece of the charred oak stave from the historic barrel and a small brochure that explained the significance of this collector’s edition.

The top fundraiser, Bourbon Charity, raised $69,125 from a donor base of bourbon enthusiasts through their Six Millionth Barrel to Give Thanks event. The fundraiser was set up as online sweepstakes which allowed donations starting at $10.

The Lovely Project in Orlando, Florida raised $24,000 with their efforts. The Lovely Project exists to provide girls with tools, education and peer-mentorship to live a purposeful, productive life. The Lovely Project held its second annual Pappy & Friends event, a rare whiskey tasting and dinner experience, that concluded with an ask for donations. The highest donor received the limited edition bottle, which resulted with two individuals matching donations and sharing the bottle.

This is the third time Buffalo Trace Distillery has offered commemorative bottles for non-profits to use for fundraising purposes. In 2011 the Distillery offered its Millennium Barrel of bourbon, put up to age on Dec. 31, 1999. That effort raised more than $150,000 for various charities across the U.S.  In 2016, its inaugural O.F.C. Bourbon Whiskey from 1980, 1982 and 1983 were released in the same manner, and non-profits reported back they had raised more than a million dollars for charitable causes.

Buffalo Trace is not currently offering any bottles for charity fundraising, but in order to keep potential partners informed of periodic charitable offerings, non-profits can register their causes through a form on the Distillery’s Contact Us page of its website at https://buffalotracedistillery.com/content/charity-sign.