Did You Know? The Pink House on Market Street 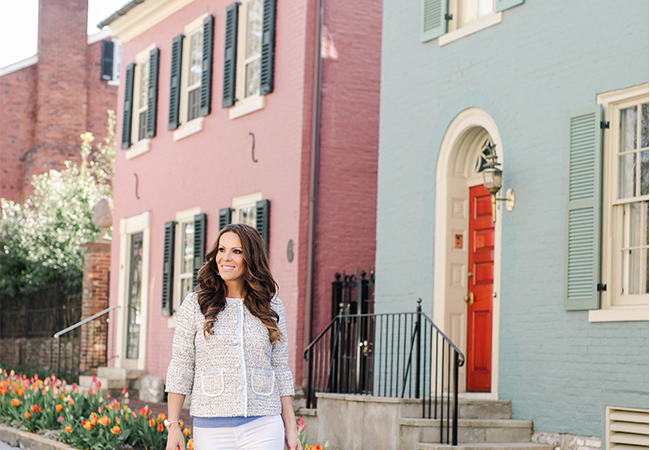 They’re one of Lexington’s most iconic photo ops. Their charming pastel hues offset their stately structure and long histories in our city. But what’s the deal with these adorable houses on Market Street?

The giant ginkgo tree in the yard is said to have been planted by Henry Clay, making it at least 168-years-old!

Built in 1816 by Peter Paul II, a stonecutter from England, the pink house is a visual treat. The window frames and shutters are original to the house. The giant ginkgo tree in the yard is said to have been planted by Henry Clay, making it at least 168-years-old!

This home was rented to Thomas Pierson, a confectioner, after it was constructed. Carolyn Reading Hammer and her Austrian artist husband, Victor Hammer, owned the house from 1953 to 1984. Carolyn was the Curator of Rare Books at the University of Kentucky and was influential in the world of modern fine printing.

“Dr. Claude Trapp and his wife, Dr. Joan Rider, bought the house from Mrs. Hammer and were the residents until we bought it in 2000,” explained Carolyn Hackworth, who owns the house with her husband, John. Drs. Trapp and Rider worked with architectural historian Clay Lancaster to add on to the back of the house. “They are the ones who chose the color of paint for the house. We have committed to keeping it that color.”

The pink house’s darling blue neighbor was built by Alexander Moore in 1836. Moore sold the first school books to the city of Lexington. This Federal-style, Flemish bond brick townhouse replaced a frame house built on the spot almost a quarter century prior. You’ll see this house’s bold, red doorway and dramatic fan in wedding albums all over town.

Next time you’re walking through the Gratz Park neighborhood, be sure to stop and check out these colorful homes!

THROWBACK: The photo above was from our cover shoot for the 2018 May issue. Photo by The Malicotes.