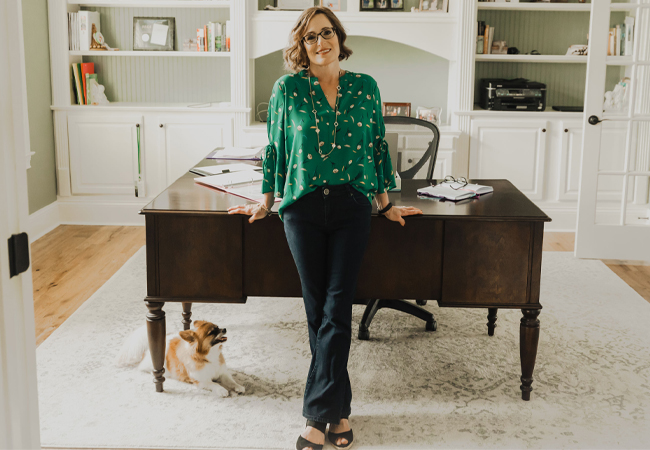 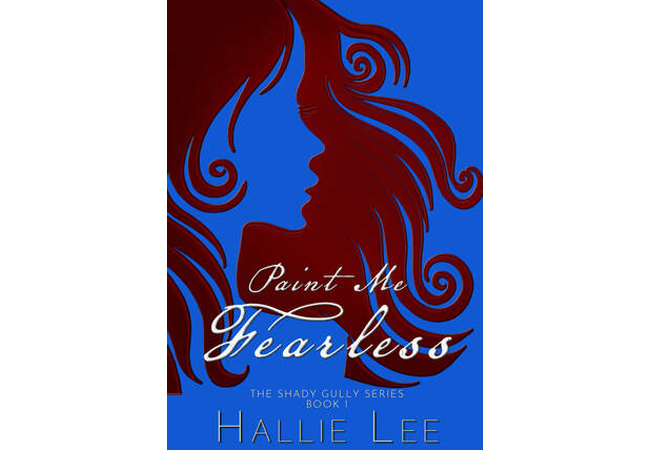 Local Author of Paint Me Fearless Shares Her Journey

“Someday it will happen,” she said over and over, like a mantra. Her words, always delivered with certainty and faith, sometimes made me think she could make my dreams come true through sheer will alone.

A voracious reader, and a gifted storyteller, my mom introduced me to books as a kid. She’d share lively, animated stories about the novels she read, and could weave a tale about Henry VIII that would impress even the most fervent Wolf Hall fan.

I knew at an early age I wanted to be a writer. Possibly because I sought my mama’s approval, but ultimately because I loved the idea of evoking that kind of emotion in people.

Naturally, my mom encouraged my passion. Armed with an IBM typewriter, and fueled by her careful and constructive criticism, I began submitting stories to any magazine that accepted unsolicited manuscripts.

With every small victory, she cheered, and with every rejection, she reminded me that my someday would eventually come. She maintained that conviction, even when my journey took me far away from her... from Small Town, Louisiana to Santa Fe, New Mexico.

Santa Fe is where I really honed my writing skills. The exposure to such a creative movie-making community gave me the opportunity to attend many writing conferences and classes.

As my screenplays were recognized with placements and awards in various contests, I had the chance to take a course with Emmy Award-winning screenwriter Kirk Ellis. Beyond that, producer Ronnie Clemmer (A League of Their Own) saw something in me he wanted to mentor. His tutelage and insight made me a better, more mature writer.

“I knew it,” Mama insisted with each new stage in my growth. “You’ve got what it takes. Just don’t give up.”

But in 2015, my life changed with two significant events. My husband and I moved to Lexington, Kentucky. And my mama, my biggest advocate, and my most enthusiastic champion, passed away.

I didn’t write for two years after my mom died. I had plenty of excuses. Trying to settle into a new state. Trying to support my husband in his new job. Trying to acquire a taste for horses and bourbon. (I succeeded in the first, but not the latter.)

Finally, feeling bereft when our daughter returned to Baylor after spending the summer in Lexington, I thought another seat at the keyboard might help. If nothing else, writing might assuage the loneliness.

Honestly, it wasn’t a great screenplay, but what really crushed me, was typing FADE OUT upon completion... and realizing my mama would never read it.

To heck with someday, I decided. Time to quit the silly dreams and get on with my life.

Sometime after tossing in the towel, we visited Southland Christian Church in Nicholasville. Not to sound cliché, but becoming a member of the Southland community turned out to be the catalyst to my eventual healing.

I didn’t make an immediate, mad dash to my computer afterward, nor did my grief suddenly vanish, but what did happen was a steady, deep growth in my faith, nurtured every Sunday by an inspirational teaching from a refreshing, relatable pastor.

Quite simply, this church, these pastors, and this community, rekindled my sense of hope. God’s timing truly is divine, because just when I needed it the most, I began to feel less afraid, less alone, and less heartbroken.

Finally, I felt strong enough to take another seat at the keyboard. To try... one last time.

Paint Me Fearless is the result. And with it, The Shady Gully Series was born. Turns out my mama was right... and my someday was at hand.

The headline on my press release reads: “Novelist explores themes of Faith & Lies; Betrayal & Redemption; and the Unfathomable Value of Friendship When Everything Falls Apart.”

While humbled by my publisher’s description of my work, I think the theme of Paint Me Fearless is as old as time. It’s about our need for acceptance. Our yearning for approval. Why do we fall short? Why aren’t we enough?

The protagonists in the story, Desi and Robin, carry their insecurities into adulthood—both those they inherited and the ones they nurtured and bloomed all by themselves. The insidious effect of self-condemnation shapes their decisions, alters their lives, and eventually, pits them against one another.

My hope is that Desi and Robin’s journey inspires readers, and that they come away with the strength to overcome the lies the devil tells them about themselves.

Fear, shame, and regret can steal our lives, and my biggest triumph would be for readers to get to the last page and exclaim, “No more!”

It’s the spring before high school and Desiree and Robin have little in common.

Desi, having moved to Shady Gully from Albuquerque, is miserable as she tries to adjust to small
town life, while Robin, forever doomed at the “bottom of the popularity pyramid” is terrified she’ll never measure up.

When Desi is introduced in class, Robin hates her on sight, but fate draws these two alienated girls to one another, and together they overcome mean girls, weight hang-ups, and disturbing family dynamics.

Their bond stands the test of time, even as their paths diverge and they raise families of their own, but when a shocking betrayal ignites old insecurities, the layers of their friendship begin to unravel.

As they confront the lies that ravaged their lives, they finally learn that the world’s prizes— beauty, recognition, and approval—are fleeting. And with that truth, they find the freedom to live unashamed. And unafraid.