Give the Gift of TOPS!
Buy one, give one FREE magazine subscriptions this December...Click Here! 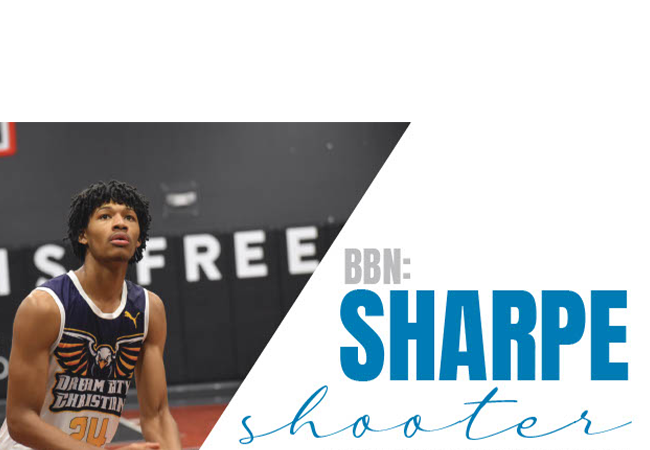 About a year ago, Krysten Peek, who covers basketball for Rivals.com and Yahoo Sports saw 6-foot-5 Shaedon Sharpe play and could not understand how his only major scholarship offers were from Purdue, Iowa, and Oregon.

“I just could not understand it,” said Peek. “He can do so many things on the court. Shaedon has great instincts on the wing in terms of cutting to the basket when he sees a teammate drive. He can fade into the corner for the 3, and he has really improved his 3-point shot. He can also get his shot off against anybody. You could just tell he was special.”

How special? He’s now the consensus No. 1 player in the 2022 recruiting rankings and has verbally committed to play at the University of Kentucky. If he maintains his ranking, he will be the fifth No. 1-ranked player to sign with coach John Calipari at UK, but the first since Skal Labissiere in 2015.

“He is older than a lot of players in his class [he turns 19 in May], and I definitely think he will be a one-and-done the player at Kentucky,” Peek said. “Even now, I think he might surprise a lot of people when he gets to Kentucky. He’s a late bloomer and has not had that fanfare from the very start of his high school career like some No. 1 recruits have where everyone followed everything he did.”

Peek added, “He’s from Canada and is a very quiet kid. Because of COVID, he didn’t get a lot of attention last year, but he’s a great player and a great fit for Kentucky. I’ve told him he just has to get used to being under a greater microscope on and off the court, but so far, none of that has fazed him at all.”

Sharpe averaged 21.4 points and six rebounds per game last year for Dream City Christian in Arizona despite battling injuries much of the season. He was barely in the top 200 of his class rankings nationally after his sophomore season at Sunrise Christian in Kansas before transferring to Dream City.

“He shoots it great. He will probably be our best shooter this year,” Dream City coach Kyle Weaver said. “His deep range is phenomenal. He shoots from NBA range and beyond. He has such a fluid shot and is so consistent. I am expecting him to shoot in the 45 percent range and up [on 3-pointers] this season.”

Grind Session director Dan Hudson watched Sharpe play as a sophomore and junior and knew it was just a matter of time before his talent was noticed nationally.

“The thing you like is how efficient he is,” said Hudson. “He will get 20 or 25 points, but it is a sneaky 25 on 6-for-8 shooting and free throws. He shoots a high percentage. I think he knows he can score at any time he wants, but he chooses to pick his spots.”

He continued, “It was just a matter of him getting enough playing time to show what he could do. Once he realized he could do it on a big stage, he gained more confidence. Once he figured it out this past winter, he made life miserable for everyone.”

Weaver told Sharpe in November of 2020 that he could be the top player in the 2022 recruiting class. Weaver coached DeAndre Ayton – the No. 1 pick in the 2018 draft – in high school.

“To be honest, I have never seen anything like this, where a kid goes from being maybe top 160 to 200 to making a move where he is No. 1, but I always knew this kid would be special,” Weaver said. “I have seen three lottery picks and other NBA guys develop. I told him I was sure he could be the No. 1 guy in his class. He thought I was crazy and something was wrong with me. He just needed confidence that he could be that guy, and now he is showing he really is that guy.”