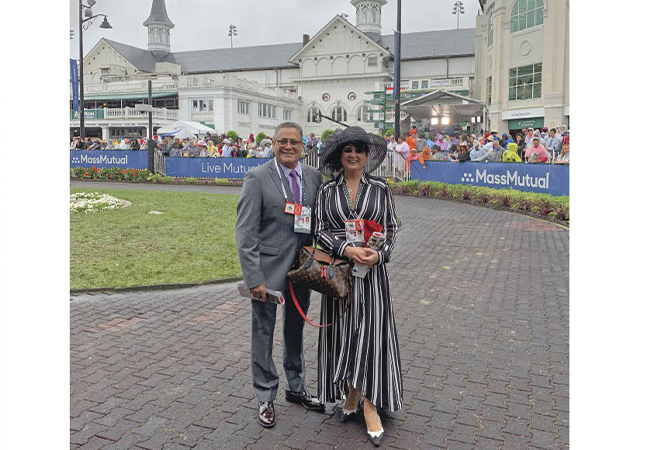 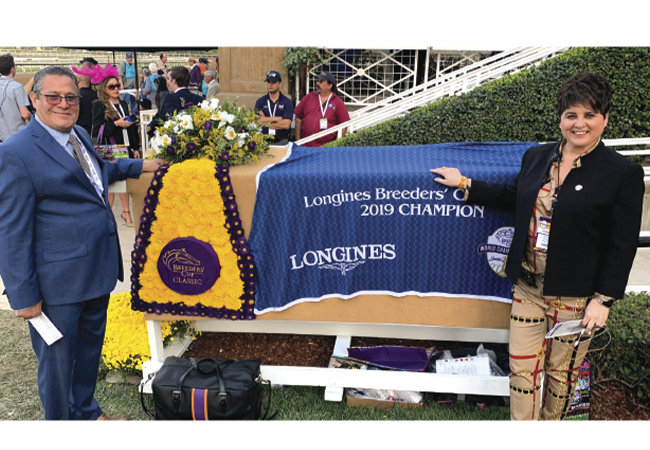 From discussing racing plans with the Queen of England’s racing manager to creating the country’s first out-of-competition testing program for racehorses, Dora Delgado has done it all. Her career in racing has lasted nearly 40 years, yet her days are rarely monotonous. And although she has a long list of accomplishments and accolades, including recently being named a Sports Business Journal Game Changer, Delgado is most respected by her peers for her hands-on approach and propensity for tackling new challenges with ingenuity, thoughtfulness, and deep expertise.

In 1982, a group of Kentucky thoroughbred breeders came together to form the Breeders’ Cup with the goal of showcasing the best international racing talent in a yearend championship. The following year, Dora Delgado accepted what she believed was a temporary job as an administrative assistant for the fledgling organization. Nearly 40 years later, Delgado continues to work for the Breeders’ Cup as Executive Vice President and Chief Racing Officer where she combines her unique institutional knowledge with her ability to think outside the box and from a unique perspective year after year.

Delgado’s work brings her into contact with some of the most powerful people in racing and beyond as she oversees the Breeders’ Cup racing and nomination programs, including the annual Breeders’ Cup World Championships, one of the most prestigious international thoroughbred racing events in the world. One day Delgado might be on the phone with the FBI or Homeland Security to assess threats and secure international travel for participants, and the next she might be developing Olympic-level safety protocols in conjunction with state, local and international authorities to ensure the highest standards of safety and integrity are met. Delgado has instituted extended veterinary observation periods and enhanced security measures for thoroughbred competitors, playing an integral role in expanding the Breeders’ Cup World Championships to two days of racing featuring purses and awards totaling over $31 million.

Even the COVID-19 pandemic was a challenge in search of a solution for Delgado. While the rest of the world was in lockdown, Delgado encountered complications never before confronted by the Breeders’ Cup or the rest of the racing world. But with a cool head and decades of experience under her belt, Delgado rolled up her sleeves and got to work securing traveling logistics for over 150 horses, including many from overseas, and creating a sports health zone to keep the limited number of in-person participants as healthy and safe as possible in 2020.

Perhaps one of Delgado’s greatest contributions to the racing industry is being a role model. In an industry that has traditionally been led by white men, Delgado reminds many young people, particularly people of color and women, that they too belong in the Sport of Kings. Delgado actively encourages diversity across all levels of the racing industry through expanded education programs, job credit opportunities and internship experiences. And the industry will no doubt benefit from it.