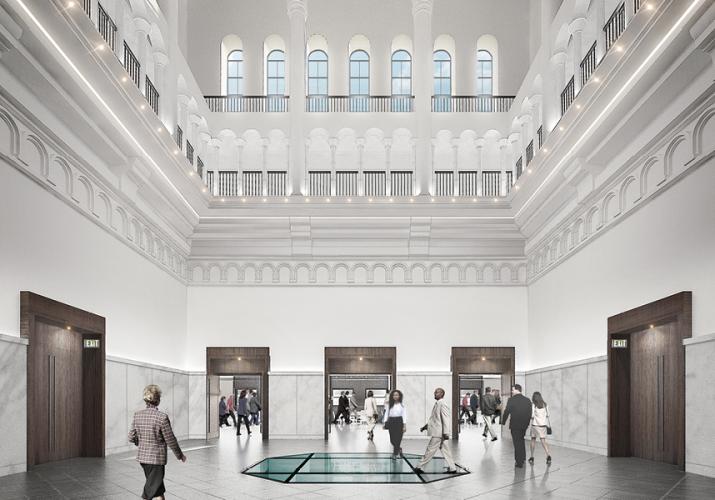 In the early 19th century, Lexington was one of the largest and wealthiest towns west of the Allegheny Mountains, according to the National Register of Historic places. Founded in 1775, it was dubbed the “Athens of the West” by 1820 due to its culturally rich surroundings and population. Today, the city’s population of 310,000 makes it the second-largest in Kentucky, with a vibrant, walkable downtown, craft bourbon distilleries, local breweries, beautiful horse farms, great restaurants and upscale shopping. And many believe the best is yet to come.
According to a 2013 study by the Bureau of Economic Analysis, Lexington’s cost of living is 7.8% lower than the national average and average household salaries adjusted for cost of living are above the national average. And in 2015, Forbes magazine rated Lexington as #16 on their list of Best Places for Business and Careers, saying that, “Household incomes are expected to grow 5th fastest in the US in Lexington over the next three years.”
But you don’t have to do much research to know that Lexington’s a growing city. All you have to do is look around. New developments are in progress just about everywhere, and residents love to talk and speculate about what’s coming to town and when.
We caught up with a number of city officials, business owners, and developers to bring you updates on the latest and greatest projects in our fair city.
One of the focal points of our downtown streetscape, the historic Fayette County Courthouse is now positioned to begin an adaptive reuse project, which will restore and repurpose the building for new uses. The rehabilitation project will preserve one of the most significant public buildings in Kentucky and the symbolic center of Lexington.
An all-start cast of talented people will be working on the building. Holly Wiedemann, whose Lexington-based AU Associates has repurposed nearly 30 historical buildings for commercially sustainable uses over the past 25 years, is handling the project alongside Barry Alberts of CITY Properties Group, an organization that has completed similar projects in Louisville, including the Louisville Slugger Museum and the Glassworks district. The courthouse’s updated interior will be done by architects K. Norman Berry Associates of Louisville, who did the gorgeous new Speed Art Museum addition, and Deborah Berke & Partners of New York, whose work includes 21C Museum Hotel projects in Lexington and Louisville. This plan follows the same philosophy of Berke’s impressive renovation of 21c Museum Hotel down the street in the former First National Bank building: It aims to keep historic details intact while giving other spaces a modern, clean look.
The restoration of the 115-year old Fayette County Courthouse will preserve one of the few remaining examples of Richardsonian Romanesque architecture in the area, while keeping a fundamental piece of Lexington’s history intact. With an estimated cost of $38.3 million and a anticipated completion date of late 2017, the project will include improvements to interior and exterior of the building, including restoration of the building’s rotunda space, one of the most visually striking aspects of this historic structure.
First constructed in 1900, the courthouse, which was shut down in 2012 due to lead paint contamination, was the former home of the Lexington History Museum. Unfortunately, until recently, it was one of the city’s most neglected historic buildings. But by spring 2018, the $30 million renovation should make it a picturesque landmark and a hub of activity once again.
The ground floor will host the VisitLex visitor’s center with a tour bus stop set to pick up sightseers on Upper Street. The building’s major tenant will be celebrated Lexington Chef Ouita Michel, founder and owner of five well-known restaurants and another coming to The Summit at Fritz Farm in March 2017. This restaurant will be similar to the Windy Corner on Bryan Station, her casual farmside café, with a focus on locally produced food and beverages. The building’s outdoor terraces will serve as additional dining space, and the restaurant will feature a bourbon bar as well.
The second level will be home to the Breeders’ Cup Headquarters, and the city will lease the top floor to a private events company. The event space can host over 300 guests and will offer stunning views of the building’s historic dome and gabled 56-foot roof. The remaining commercial space will be leased, generating the necessary revenue for the renovation and day-to-day operations.
Part of the reason for the high price tag is because much of the restoration work will require artisan labor. In addition, energy-conserving technologies, such as a geothermal heating and cooling system and new, insulated windows, will require upfront costs but eventually will reduce long-term operating expenses.
Restoration projects like this one are difficult to get off the ground, but the courthouse renovation is a great example of what can be achieved when the city looks for creative, cost-effective solutions and hires a talented pool of individuals to make it a reality.