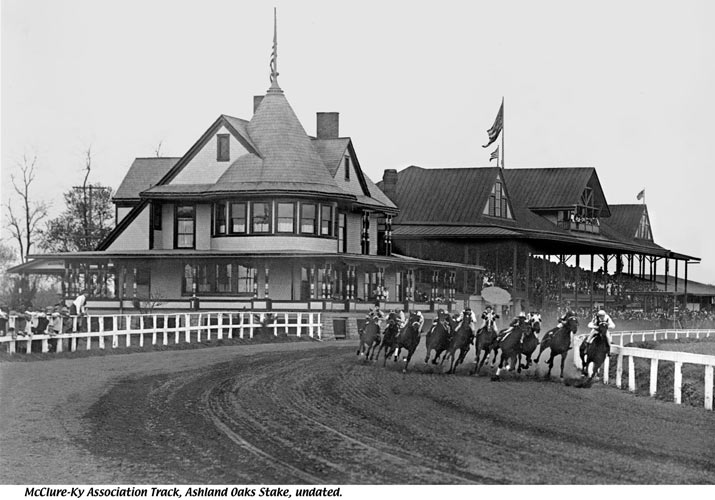 On the eve of the 164th running of the Phoenix Stakes at Keeneland, the oldest thoroughbred stakes race in the United States will be celebrated where it all began: Lexington’s East End and the Kentucky Association race track.

The Phoenix Stakes, named for the landmark Phoenix Hotel in downtown Lexington, originated at the Kentucky Association track in 1831. The 164th running of the race takes place Oct. 7 at Keeneland. But on Thursday, Oct. 6, the first ever Phoenix Festival will pay tribute to the Phoenix Stakes and the race track where it was born.

The Phoenix Festival begins at 5:30 p.m. at the Isaac Murphy Memorial Art Garden on East Third Street and is free and open to the public. It will feature, among other things, a photo exhibit  of the Kentucky Association track, which closed in 1933, three years before Keeneland opened in 1936. Photos in the exhibit come from the Keeneland Library and the Kentucky Horse Park’s International Museum of the Horse.

James Long, a retired black jockey, will be the featured speaker at the festival. Long, who retired after riding for 33 years, has studied the history of black jockeys such as Isaac Murphy and Jimmy Winkfield. Noted Lexington historian Yvonne Giles will talk about the track’s history.

“There is so much history surrounding the Kentucky Association track that people don’t know about,” said Jim Embry, a community activist and member of Phoenix Rising, the group sponsoring the festival. “And what better place to have this celebration than at the Isaac Murphy garden, just a stone’s throw from where the race track stood in the historic East End.”

The festival will also include music by the Refugee Children’s Choir, drumming and special recognition of Gene Carter, an East End resident who at age 90 works full time at the Kentucky Horse Park’s Hall of Champions. The festival concludes with a reception across the street at the Community Ventures building.

Opened in 1828, the Kentucky Association track was located on land now occupied by the William Wells Brown Elementary School and the surrounding housing development. Following the Civil War, the track was widened and a new wooden grandstand and barns capable of housing 75 horses were built. George W. Ranck described it as “one of the handsomest (tracks) in the United States” in his 1872 book, History of Lexington.

The festival is made possible through contributions from the Keeneland Library, the Isaac Murphy Memorial Art Garden, the Kentucky Horse Park’s International Museum of the Horse, First African Foundation and the Urban County Government.