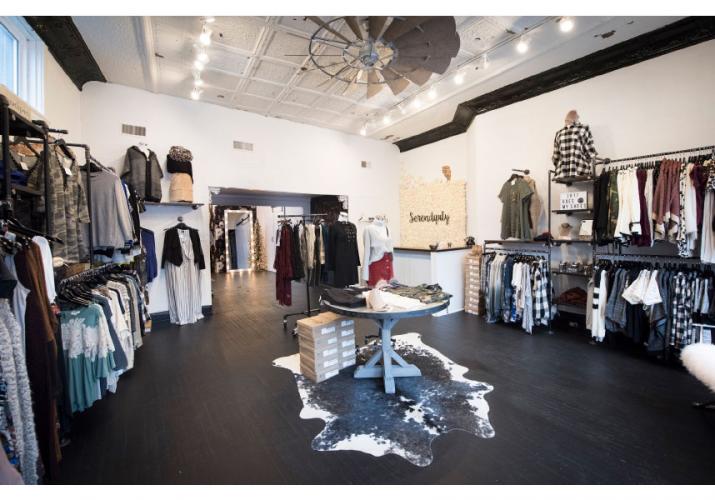 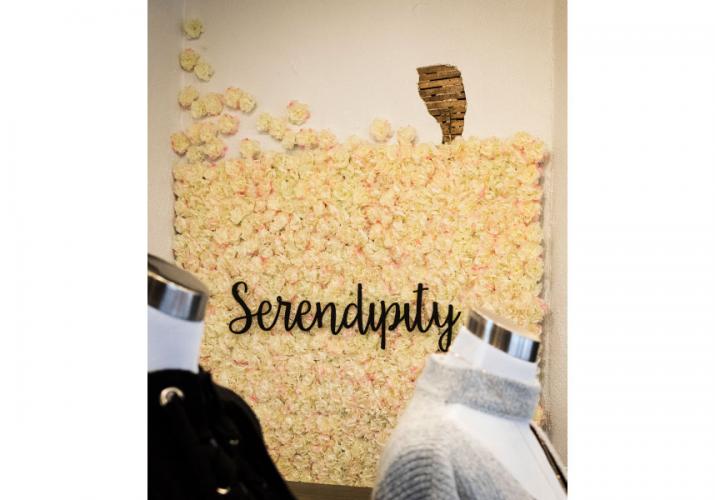 I am always so inspired by young people living out their dreams. That’s why when I met Jenna Ballinger, 24, I instantly connected with her. Ballinger is the owner of Serendipity Boutique on Woodland Avenue, which opened early December 2016. In just a short amount of time, Serendipity is already becoming a must-go-to store in that area, which is surrounded by other unique local boutiques, creating the perfect synergy of affordable clothing options for those who like to shop local.

Serendipity Boutique started as an online boutique out of a spare bedroom in her grandparents’ house. After quickly gaining popularity through word of mouth and social media promotion, and as her sales grew, Jenna began to set her sights even higher: opening her very own brick and mortar shop.

After the previous tenants had moved out of the space located at 208 Woodland Avenue, Ballinger continued to drive by the vacant space. Each time as she glanced in the window, her interest was piqued. Finally, she said, “I want to go look at it!” And as the old saying goes, the rest was history. After a little bit of renovation and redesign, Ballinger moved her online business out of the guest room and into the cool, unique space it is today.

“Opening day, we had people waiting at the door for us to open and it was a whirlwind closing time,” Ballinger said. “We were swamped! I was absolutely blown away by not only the turnout, but all the kind and positive feed back that I got.”

Ballinger wanted to offer mainly “casual chic” options, like oversized sweaters, jeans, flowing tops, skirts and rompers, with the occasional sparkly party outfit offering. Clothing items mostly range from $30 to $60, with a few higher-priced items sprinkled in there for what she says are the “really special pieces.” Their clientele ranges from “college-age up to 50’s and beyond”, Ballinger said.

“Our style is definitely ‘ready to wear’ and I only buy something for the store if I think there’s something really cool and unique about it. I also don’t compromise on the quality of the clothing.”

You can also find great accessories, bralettes, hats and gifts including locally-made jewelry and julep cup candles, which were best-sellers during the holiday season. “It was really important to me to have local goods in the store, not only because you can get costume jewelry anywhere, but this stuff is handmade and really awesome,” Ballinger said. “Having done Market 301 for a while, I’ve gotten to get to know the small business owners behind the goods and they’re fantastic, genuine people that happen to be very talented, so it was a no-brainer to have their stuff in the store. I also think Lexington is getting more and more into supporting small and local, which is really cool,” she added.

The boutique has a fun vibe Ballinger calls “chic with fun, unique elements.” The store definitely has a quirky sense of style that is both open and inviting. Each corner of the space boasts a different accent, which includes everything from floral wallpaper, to exposed brick, mirrored walls, a functional barn door, an oversized industrial fan, tin-tiled ceiling, cowhide rug, painted hardwood flooring with trap doors and my favorite feature: the focal wall which is covered with faux flowers and the word ‘Serendipity’ floating over top. Plus there are the fun light fixtures, the pink velvet drapes strung around the dressing rooms and the fun little accents through out. “I love the juxtaposition between the industrial and the feminine touches,” Ballinger noted. A hot pink neon sign reminiscent of something you’d find in a Betsy Johnson store also now glows next to the cash register that simply states: “Dream Big.” Ballinger is certainly doing that.

“If you have a dream and a passion, you should absolutely pursue it. Don’t let the fear of failure or the people who will certainly doubt you along the way deter you. Don’t wait. Do it now. Take help from anyone willing to give it, but don’t ever stop working for what you really want.”•