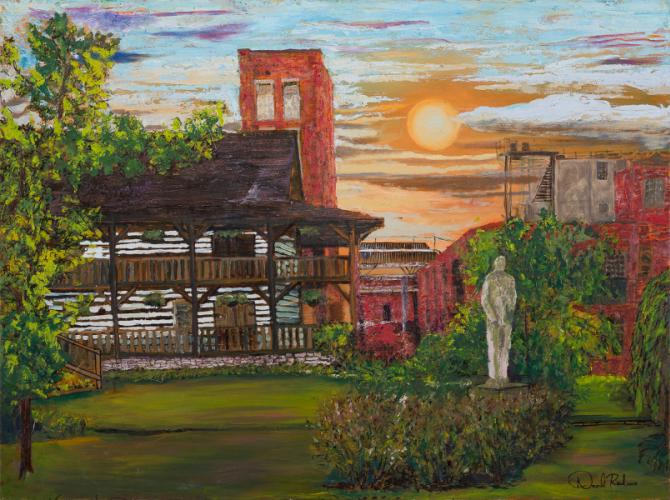 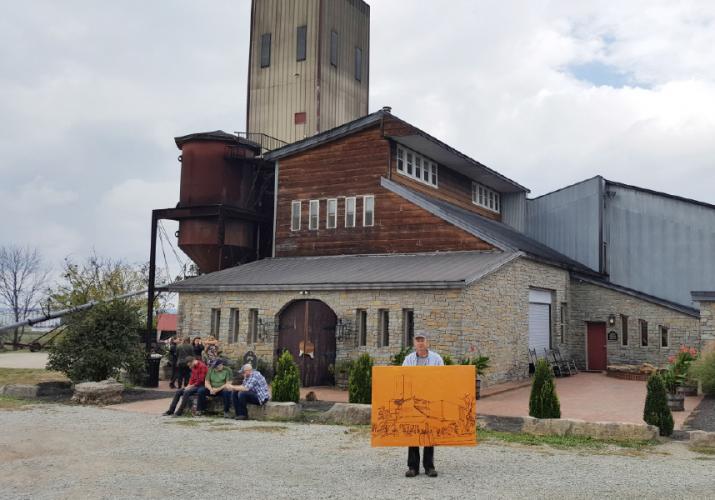 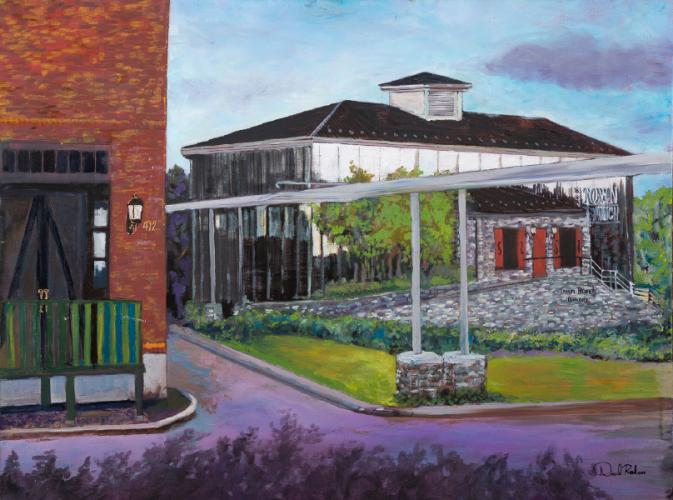 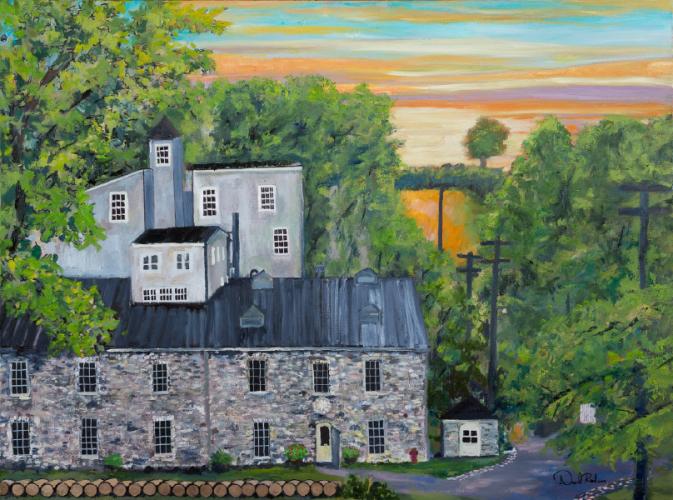 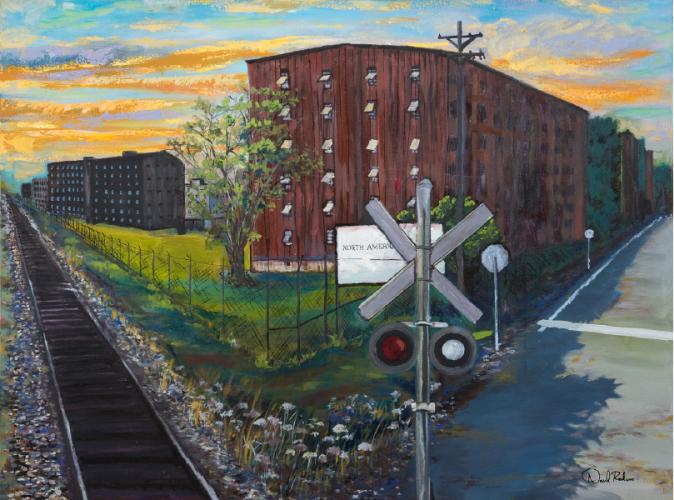 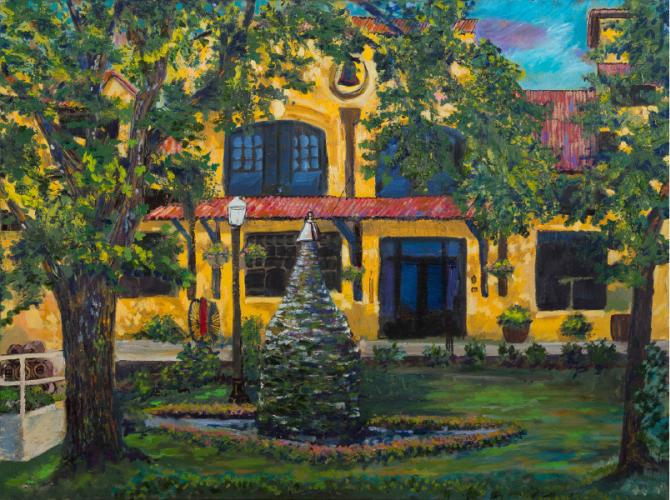 There are few scenes as uniquely “Kentucky” as the state’s many bourbon distilleries. One local artist, David Reed, felt a calling to capture the beauty and history of these sites.
Reed’s background initially began very far from the Bourbon Trail.  He had spent 20 years in the advertising world in Atlanta and Washington, D.C.; he was part of creative teams that worked on the Atlanta Olympic proposal, and he also created a paper towel design for the Sparkle brand. A graduate of the Art Institute of Atlanta, Reed painted for himself for over 30 years, primarily impressionistic landscapes. “Yet, with hundreds of canvases sold, something more than trees was needed,” he explained.
Reed moved to Kentucky to be the stay at home parent of twins. During the summer of 2015, he was dining at Bourbon on Main in Frankfort, and he began noticing the beautiful 100 year old brick walls. He felt a pull to capture that beauty through paintings of our state’s many bourbon distilleries.
“The quintessential Kentucky subject begged to be immortalized in oils,” Reed said of the storied structures.

“Inspired, I set out to paint initially the Bourbon Trail; it has now moved into painting all of the distilleries in Kentucky.”

Reed started with Buffalo Trace Distillery, which was conveniently located in his backyard.
“I usually go to the distillery looking for a view that moves me: a great composition, nice lighting,” he said of his process. “Then, I sit down and start sketching the scene with a Sharpie, right on a primed 3’ x 4’ canvas. I take some reference photos, then usually in a few hours, I leave and take the canvas back to my studio where I simply ‘fill in the color’.” His brush and palette knife creations bring singularly Kentucky scenes to life in bold, beautiful strokes.
A member of the Lexington Art League, Reed’s latest works have been displayed in the mayor’s office, and around Frankfort and Lexington. As a Kentucky Colonel, Reed feels like an ambassador for the Bluegrass State and the wealth of beauty and history that it offers.
Prints of the Bourbon Distilleries series can be purchased through his website, yesdavidreed.weebly.com or by calling 859.536.7054 to speak with Reed personally.