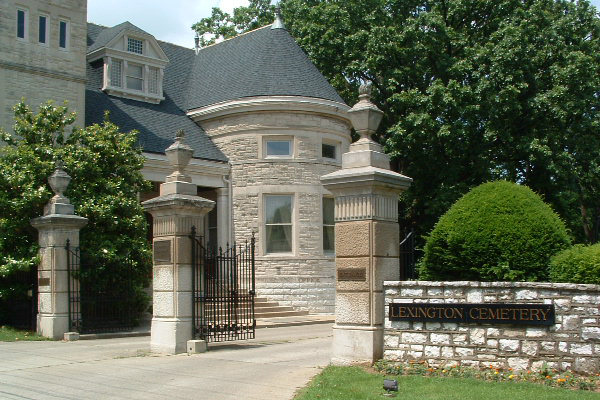 The Lexington Cemetery in conjunction with the Lexington National Cemetery will host a patriotic memorial observance honoring the men and women who served our country in the U.S. Armed Forces, especially those who made the ultimate sacrifice so that we may enjoy freedom.

The public is invited to join the veterans of the American Legion Man O’War Post No. 8 and its Ladies Auxiliary for a patriotic memorial observance including presentation of The Colors, playing of “Taps,” a ceremonial firing detail, and remarks by chaplain Colonel DeWayne L. Brewer, U.S. Army, Retired.

Colonel DeWayne L. Brewer, U.S. Army, Retired
Colonel Brewer moved to Jessamine County in 1992 upon resigning from active duty as a U.S. Army Transportation Officer in order to attend Asbury Theological Seminary, graduating in 1997. He served as a local pastor at Mt. Pleasant Baptist Church for 10 years while fulfilling a variety of Chaplain assignments in the Army Reserves, including deployment three times in support of conflicts in Afghanistan and Iraq, two years in support of Iraqi Freedom stationed in Texas and six months in Afghanistan in 2005 in support of Operation Enduring Freedom as the Deputy Command Chaplain for Afghanistan Central Command Forces. During more than 32 years of both active and reserve duty, he received numerous awards, including the Bronze Star for meritorious service while in Afghanistan. He retired from the U.S. Army Reserves in 2009 as a Colonel. Following his last deployment with the Army in 2006, he pastored the Brookside Baptist Church for 10 years and has served as a Chaplain for Hospice of the Bluegrass as well as volunteering at the Thomson-Hood Veterans Center. He provides Chaplain support services to families on behalf of their Veteran at the Camp Nelson National Cemetery when requested. Col. Brewer is currently Chaplain for the Nicholasville Fire Department.