Art in the Bluegrass 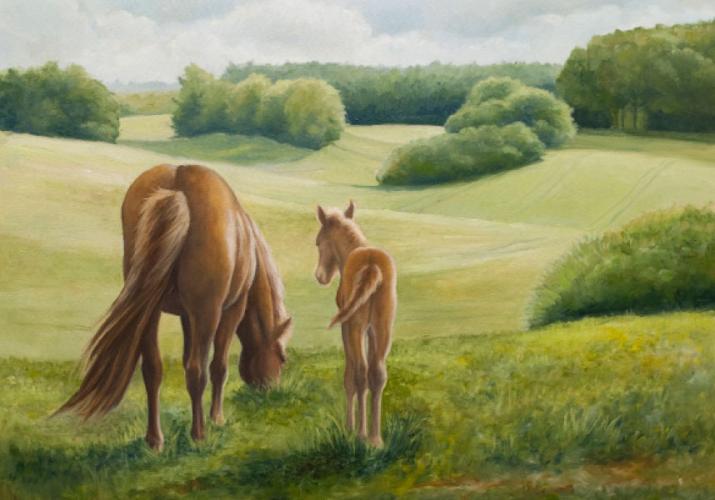 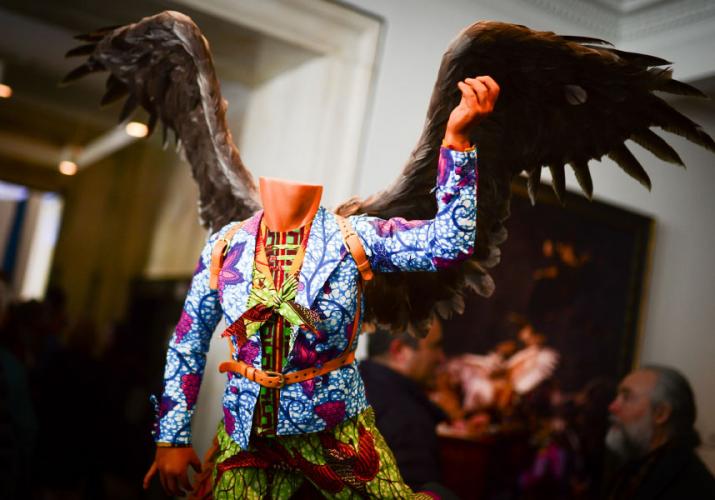 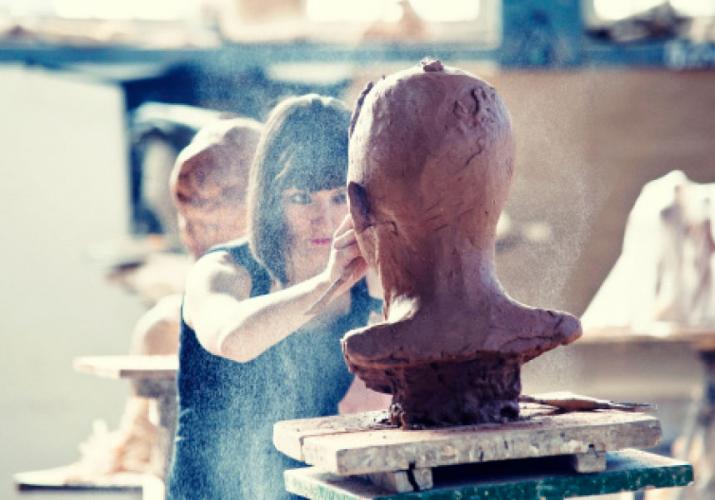 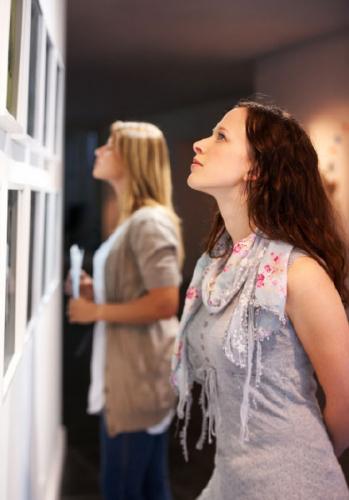 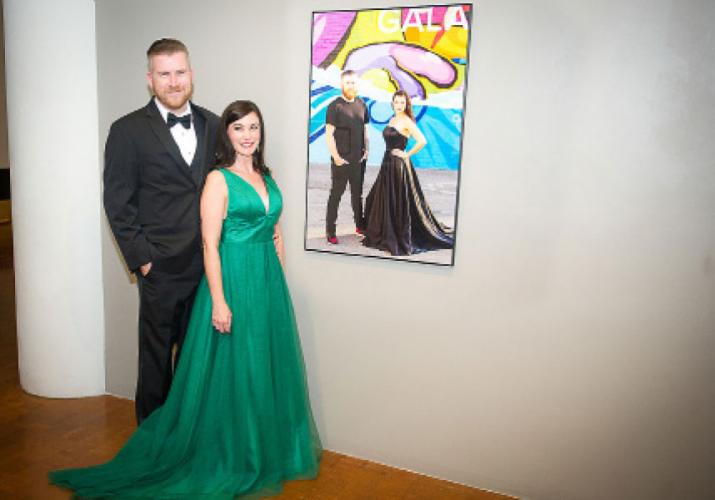 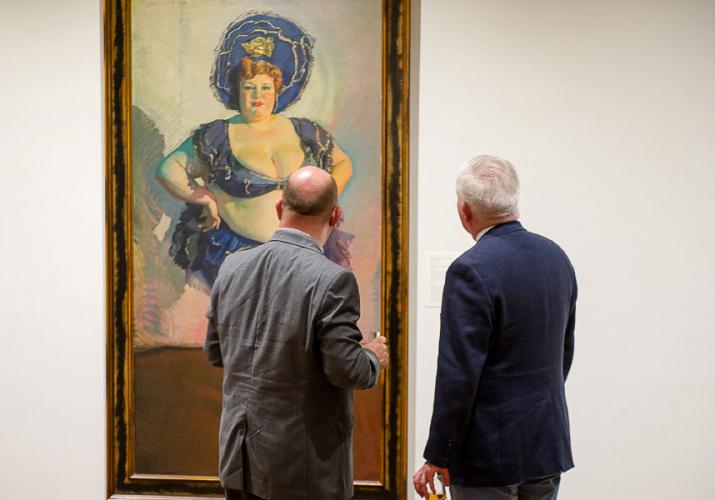 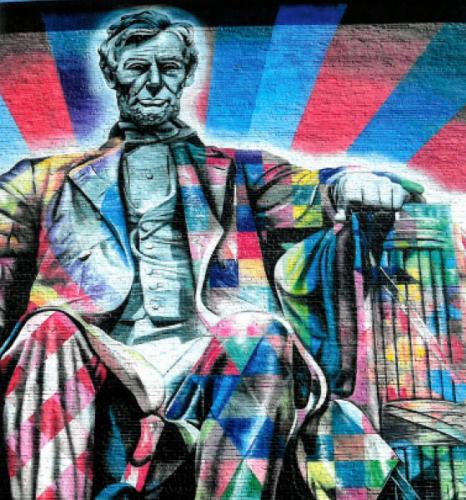 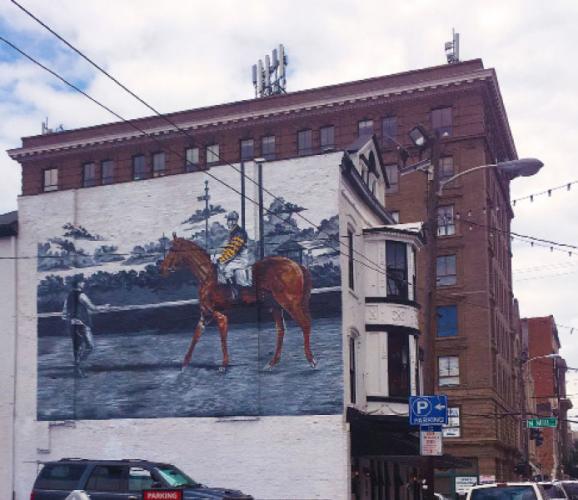 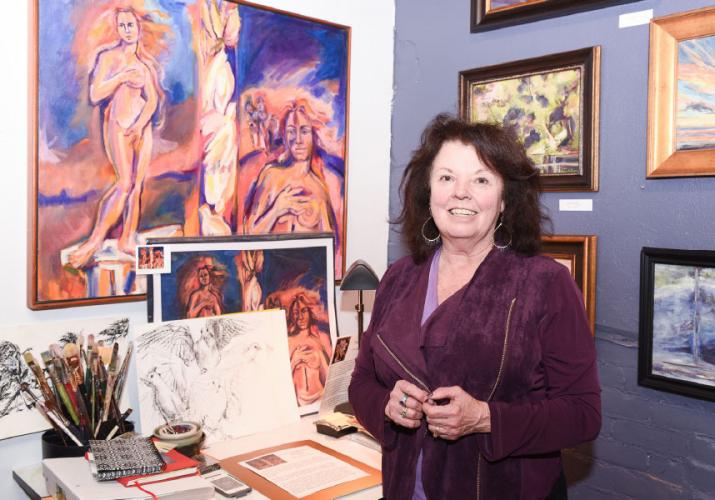 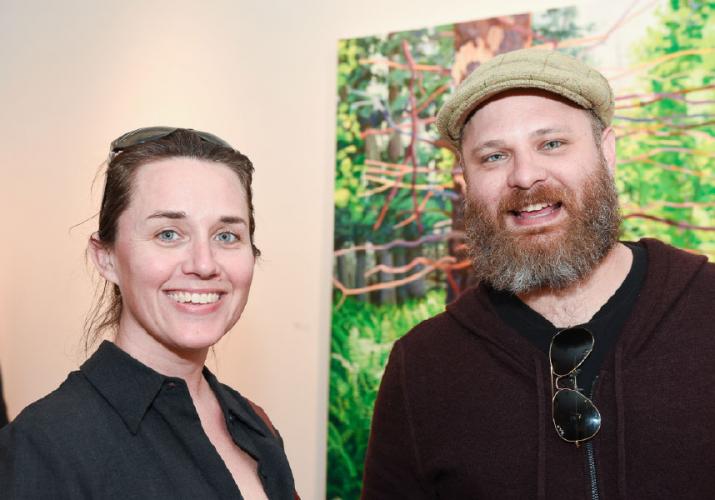 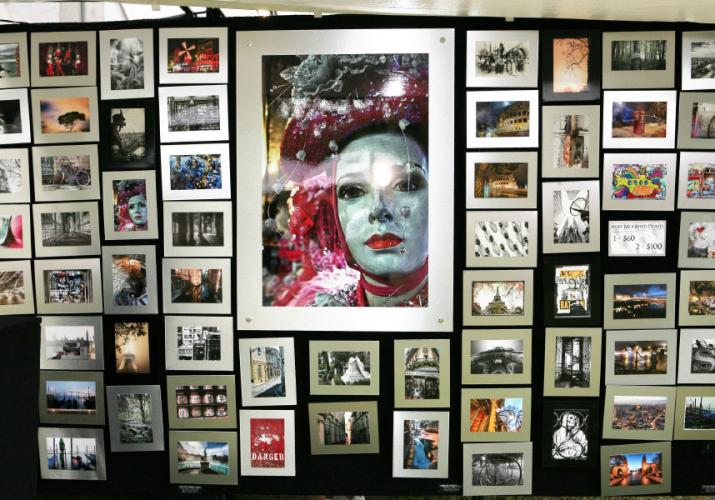 Street Art: PRHBTN & Brocoloco
When you think of Lexington, what comes to mind? Probably Bluegrass horse country, bourbon, basketball… but what about street art? In the last five years or so, Lexington has earned a reputation for being one of the nation’s leading cities for the this medium. Since their inception in 2011, PRHBTN has brought over a dozen artists from around the world to create murals. One of their most well-known works is the 2013 mural of Abraham Lincoln by Brazilian artist Eduardo Kobra. The massive, colorful mural is located behind the Kentucky Theatre. The work has drawn international interest and is now a regular photo-op for tourists.
BroCoLoco is a Lexington-based design group whose headquarters are on Washington Street, off of North Broadway and Loudon Avenue. Founded in 2012, brothers Aaron and Jared Scales are passionate about “storytelling services through art, architecture, branding, marketing & design.” They are responsible for a dynamic work on their building called “Origami Tsunami” which gives the appearance of Origami birds flying along the side of the building.

Man O’ War 100th Birthday Mural
Commissioned by LexArts and sponsored by Mt. Brilliant Farm, a 30’ x 30’ mural painted by Mexico City native and longtime Lexington resident Agustin Zarate was unveiled on June 29. Based on a historic photograph during his racing years, the mural spans the entire side of the two-story Village Idiot building and memorializes Man o’ War’s victory in the 1920 Belmont Stakes. The beautiful work is part of a season-long celebration of the beloved racehorse, and a series of events highlighting his life have been taking place in various locations around town.
“Man O’ War was truly a remarkable horse, and many people don’t realize that he’s actually buried at the Kentucky Horse Park,” Kentucky Horse Park Executive Director Laura Prewitt said in a statement. “We hope this mural will become a downtown fixture that raises awareness of his life and legacy, and will also drive traffic to the Kentucky Horse Park to visit his gravesite and the ‘Mostest Horse That Ever Was’ Exhibit.’”

LexArts Gallery Hop
One of Lexington’s most ingenious ways to make art more accessible to the public, Lex Arts Gallery Hop is a fun monthly event in which Lexington art galleries open their doors for special viewing parties each month. During this popular event, thousands of local residents and tourists alike gather at galleries and non-traditional spaces in downtown Lexington to celebrate art. Many locations offer food and drink, and there are usually special events planned throughout the evening. Admission is free, and patrons can visit as many or as few locations as they like. With over fifty participating galleries, there’s sure to be something for everyone. Gallery Hop officially begins at 5 p.m. and runs until 8 p.m., but many restaurants, bars, and other non-traditional venues will keep the party going later.
“After nearly twenty five years, Gallery Hop is a signature Lexington event,” said President and CEO Nan Palmer. “It’s the best evidence of the depth and breadth of our visual arts culture. Our thriving downtown is especially lively on the third Friday of every month, thanks to the almost fifty venues that have something new to offer for every Hop.”

The Woodland Art Fair
The Lexington Art League and LFCUG Parks & Recreation are gearing up for their biggest event of the year —the 2017 Woodland Art Fair.  Sponsored by WestBanco, the event gives community members the opportunity to shop the creations of over 200 artists, enjoy live music and food, beer gardens, and create their own family art — all with free admission. The Woodland Art Fair has received several national, regional and local honors including being voted a Top 200 Fine Art & Design Show in the nation in 2007-2016 by Sunshine Artist Magazine, a Top 20 Event by The Southeast Tourism Society, and a Top 10 Festival by The Kentucky Travel Industry Association.
The Lexington Art League provides free, quality contemporary art programming, including exhibitions, youth education and outreach programs. In 2013, they launched Kentucky’s first Community Supported Art program, a grassroots program connecting Kentucky artists to new audiences. This year, the Woodland Art Fair will be held on August 19 and 20, inside the Woodland Park grounds at 601 East High Street.

Kroger Mural Project
In 2014, LexArts and Kroger announced the artists that were commissioned for large-scale murals for the Euclid Avenue store: Lexington residents John Lackey of Homegrown Press for the exterior mural, and UK associate architecture professor Liz Swanson and BroCoLoco’s Aaron and Jared Scales for the interior murals. “I’ve completed two murals for Kroger to date–the mural in the cafe at the Euclid location; and the mural above the entryway at the Leestown location, said Swanson. When asked if there will be other murals, she said, “Hopefully! I would love to work with Kroger again; it’s a great company and everyone there is totally committed to becoming a part of the communities they serve.”
Kroger worked with LexArts and ArtWorks to build a selection committee that included store management, Lexington City Council members, and local students. They received over fifty submissions, selecting three pieces to be placed above the produce section, in the café, and across three panels on the outside wall of the store. The murals reflect the local community, depicting scenes from nearby Woodland Park.

21c Museum Hotel
Housed in the completely renovated and repurposed Fayette National Bank Building in downtown Lexington, 21c Lexington is a multi-venue museum and hotel, with 7,000 square feet of gallery and event space.  As with its sister properties in Durham, Louisville, Nashville, Bentonville, Cincinnati, and Oklahoma City, the art galleries are open to the public, free of charge, twenty-four hours a day, seven days a week. 21c welcomes both visitors and locals to experience its rotating exhibits, programming and culinary offerings. Their beautiful onsite restaurant, Lockbox, showcases Executive Chef Jonathan Searle’s commitment to sourcing local, high-quality seasonal ingredients and thoughtful yet simple cooking preparations and techniques.
21c’s current exhibition, “Hybridity: The Supernatural” explores the concept of the landscape from a surrealist perspective. According to a statement on 21c’s website, “... invoking past and future in a critique of the present, these paintings, photographs, sculptures, and videos document observed, current realities while referencing the aesthetic traditions of 19th and 20th century art. Influenced by Romanticism and Surrealism, science and commerce, these artists envision how the dreams and detritus of the industrial era have generated the promise and peril of the digital age.”

... and beyond!
There are countless local galleries in Lexington and Central Kentucky, each bringing something unique to our local culture. Get out and see them all!