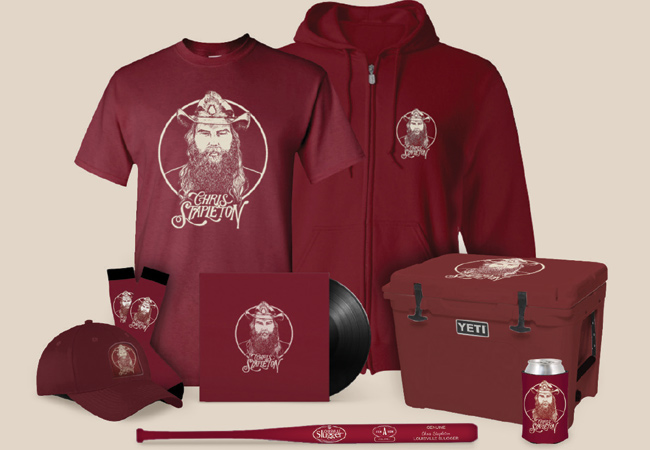 Chris Stapleton’s From A Room: Volume 2  will be released December 1st  on Mercury Records Nashville, just in time for the holiday season! Now available to pre-order digitally and with exclusive limited-edition bundles, this album will be a great gift for any music lover. Multiple Grammy, CMA and ACM Award-winning musician Chris Stapleton was born in Lexington and grew up in Eastern Kentucky before moving to Nashville and becoming, as CMT put it, “one of music’s greatest talents to emerge from the current decade.”

The forthcoming album takes its name from Nashville’s historic RCA Studio A (the capital “A” in “From A Room”) where it was recorded over the last year with Grammy Award-winning producer Dave Cobb. Along with Stapleton on vocals and guitar and Cobb on acoustic guitar, the album features Morgane Stapleton on harmony vocals as well as longtime band-members J.T. Cure on bass and Derek Mixon on drums. In addition to seven songs co-written by Stapleton, the album features versions of Kevin Welch’s “Millionaire” and the Homer Banks/Lester Snell-penned song made famous by Pops Staples, “Friendship”. The Limited Edition bundles make great gifts. From t-shirts and drink koozies to a special edition YETI Tundra 35 Cooler or Louisville Slugger, fans won’t want to miss out on these great accessories! Only available at ChrisStapleton.com.