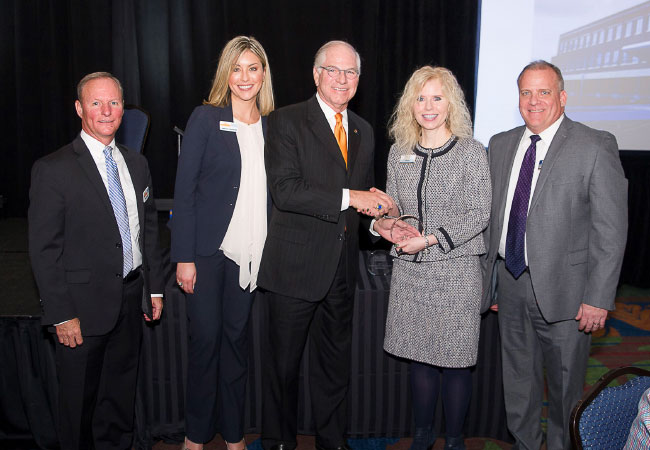 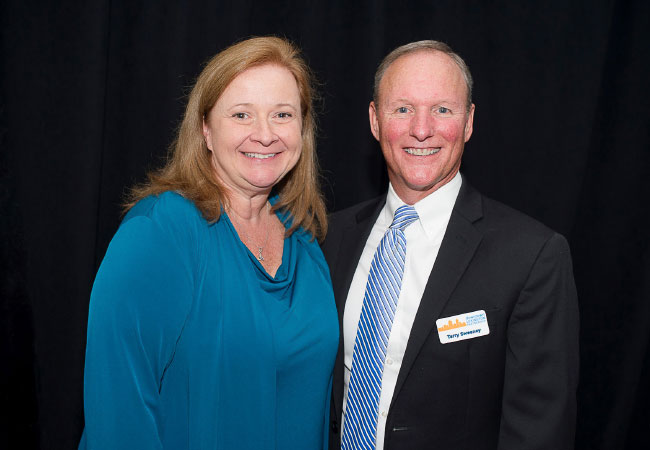 For decades, downtown Lexington’s economic and social progress was facilitated largely by two organizations – the Downtown Lexington Corporation (DLC) and the Lexington Downtown Development Authority (LDDA). The DLC has been marketing its members and the downtown experience for almost 30 years, and the LDDA has been coordinating downtown economic development and helping guide public projects for the last fifteen.

Back in June 2017, it was announced that those two organizations would be consolidated to form the Downtown Lexington Partnership – an organization that will provide a greater focus and combine all activities that develop and promote the heart of our city.

After the partnership was formed, the team struck out to find a leader. A national search process yielded candidates from across the country. The finalists went through an in-depth interview process in Lexington that included dozens of downtown stakeholders. Mayor Jim Gray also met with each candidate, and after the rigorous selection process, the board selected Terry Sweeney.

“Terry will be an excellent fit for Lexington,” said Mayor Gray in a statement. “With Town Branch Greenway, a new signature park, a new convention center and the restoration of the Historic Courthouse, our city is ready to move to the next level. Terry has the know-how to help us get there.” Steve Grossman, chair of the Downtown Lexington Partnership board, added, “Terry will be an outstanding first president of our new organization. He has a proven track record of energizing downtown development in two different cities. His experience in strategic planning, economic development and marketing downtown businesses and events is exactly what we need to launch our new partnership.”

A native of Indianapolis, Sweeney has more than twenty years of downtown development and revitalization experience. He graduated from Wabash College with a major in Political Science and a minor in Economics, and he earned his Master’s in Public Affairs degree from Indiana University.

Prior to accepting his position with the Downtown Lexington Partnership, Sweeney served as the Executive Director for the Downtown Management District of Corpus Christi, Texas. Sweeney accepted that role in 2014 and had a large part in several key achievements in the downtown area, including increasing funding by 300%, facilitating nearly 35 new business launches in three years, and creating DINE, a downtown restaurant week. He also launched the Bike Corpus Christi bike share program and assisted with the development and management of Tax Increment Reinvestment Zone.

Before working in Corpus Christi, Sweeney spent 18 years at Indianapolis Downtown Incorporated. While working for IDI, he was a featured speaker at several local and national conferences on topics such as urban revitalization, retail trends, and economic development.

He was also recognized for his leadership by being selected as one of the Indiana Business Journal’s “Forty Under 40”. In his spare time, he enjoys running, cycling and swimming and has competed in a number of Ironman races from Ireland to Nevada.

While Sweeney had the opportunity to meet several of our downtown stakeholders, guests of the Downtown Lexington Partnership’s 2017 Annual Meeting & Awards of Excellence had a chance to meet Sweeney for the first time on December 4, 2017. Presented by Unified Trust and held at the downtown Hilton, the luncheon meeting was an opportunity for DLP board and advisory members to hear Sweeney’s address and to honor those who have supported the mission to enrich Lexington’s downtown over the past year.

The meeting was opened with remarks from Jack Pattie, who announced the 2017 chairpersons and recognized past DLC and DDA representatives – Jeff Fugate, Renee Shephard, Rose Lucas and Harold Tate – for their contributions to the city.

“The opportunity for measureable success has never been greater for us."

Pattie was followed by Mayor Jim Gray, who closed his remarks by saying “Downtown is everyone’s neighborhood.”

When Sweeney took the podium, he began by extending his thanks to those who reached out prior to his accepting the job and helped to ease his transition to Lexington, particularly Bob Quick with Commerce Lexington, Mary Quinn Ramer with Visit Lex, and Kevin Adkins and Brandi Preacher with the Mayor’s office.  “I think it speaks volumes to the collaborative culture here, and the passion people have for their downtown,” he said.

He went on to outline a little more about the DLP and its mission. “As the name implies, the DLP is a partnership. The goal is to create a single point of contact and accountability for an organization that works to develop, manage and market the downtown.” He also explained that the DLP’s partners include their staff and board members, their member and partner organizations, the city and city council as well as downtown stakeholders.

He likened the DLP’s role to being the “mall manager” of downtown. “We don’t own the property, and we don’t have contracts with the tenants. And that makes our job much more challenging.” What the DLP does, much like a mall operator, is ensure that the downtown area is clean, safe and accessible. They work to attract new businesses and new development, to support existing ones, and to drive customers to those businesses through our marketing and promotions.

Finally, Sweeney expressed his gratitude to be chosen for the position and his appreciation for Lexington. “In the short time my wife Barb and I have been here, we have been discovering the people and places of Lexington and I can tell you that we find it a very welcoming and wonderful community and we both feel fortunate to be here. I believe this community, this downtown, has enormous potential and I’m anxious to help make that happen. I’m very grateful for the opportunity to work with the great staff that is already in place and the many community leaders who obviously care deeply about Lexington’s success.”•