Art in the Bluegrass: Angel Wings at DV8 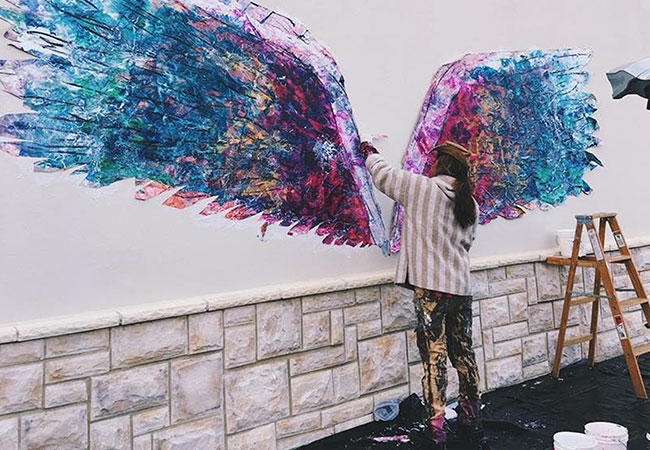 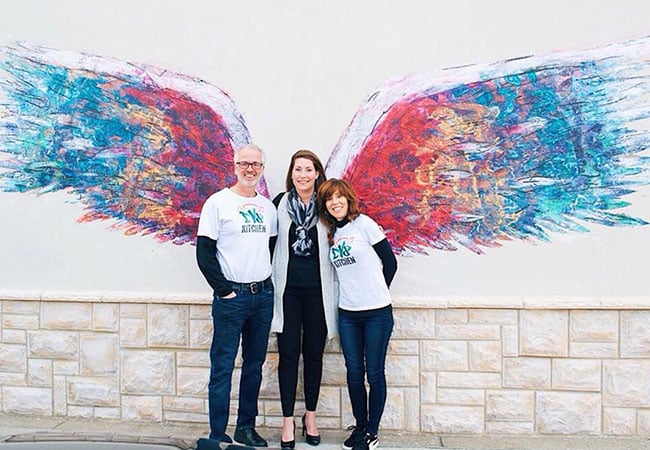 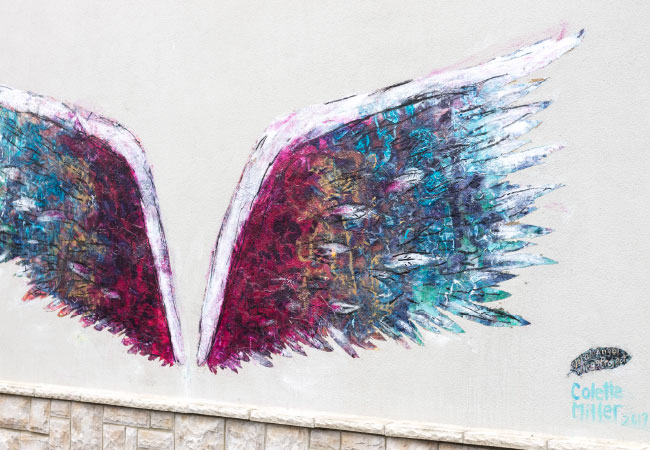 To an artist, life is full of canvases. It was in 2012 while driving around a desolate part of Los Angeles – The City of Angels - that artist Collette Miller found an unconventional canvas that would become the cornerstone of her life’s work.

“I was looking at these big, barren, dilapidated buildings, one after another, and it was depressing. I just kept thinking about humanity and what could be done on those bare walls to remind us of our true, divine selves,” said Miller.

“Wings kept coming to mind and I decided to act on what I wanted to see on those walls.”

With friends serving as lookouts for what was then little more than illegal street art, Miller created what would become her signature – a mural of angel wings, vibrant with color and detail in an otherwise bleak setting, aimed at reminding all who passed that we are angels of the earth.

The response to her art was swift and significant, and since that first pair of wings was created, Miller has traveled the world spreading her message of hope and altruism through her Global Angel Wings Project. Today, original iterations of her angel wings can be found throughout the United States, as well as in Kenya, Taiwan, France, Australia, Cuba, Mexico, with one of her most recent murals on display in the worthiest of places, Lexington’s DV8 Kitchen, which opened in 2017 with a mission of serving “life-changing food.”

The brainchild of Saul Good founders Rob and Diane Perez, DV8 Kitchen is Lexington’s first social mission restaurant, serving scratch-made breakfast-inspired items and employing those in treatment for substance abuse issues who are committed to pursuing a new path in life.

“[The Perez family] found me on the internet and learned about what I’d been doing with the Global Angel Wings Project,” said Miller via phone as she waited to board a plane for Okinawa, Japan, where she was traveling to paint another installment of her Angel Wings murals. “They were so friendly, genuine and kind. I thought [the angel wings mural] would be a great addition for the location because of what they’re doing for the community.”

Miller incorporated the orange, blue and green hues of the DV8 Kitchen logo into the wings’ design, making them a bit larger than her typical designs thanks to the restaurant’s wide storefront wall. The wings are painted at eye-level so people can take pictures in front of them.

“Each mural has its own story. I want people to take pictures with the wings, because that is how they each become part of the story and the art,” said Miller. “I do many wings [murals] as gifts outside of my commissioned work, and I was happy to do this for them because of the good they are doing for so many.”

The Art of Colette Miller and the Global Angel Wings Map: colettemiller.com