Lexington Legends Shut Out for First Time in 2018 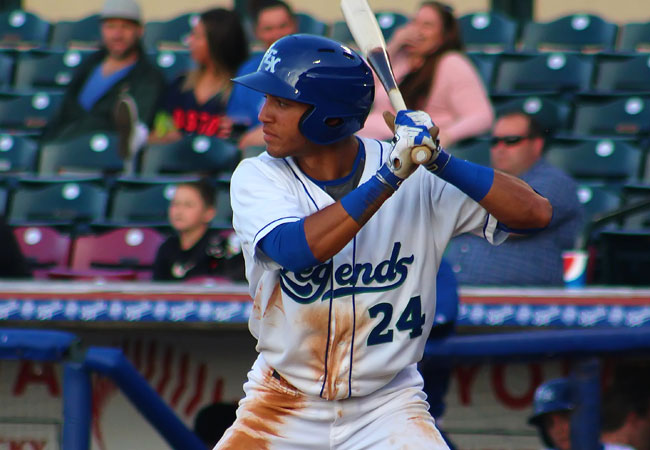 The Power started scoring in the first inning. Lolo Sanchez reached on a leadoff single to left field then advanced to second on a single by Cal Mitchell. Sanchez scored on a fielder’s choice by Deon Stafford and the Power led, 1-0.

In the fourth inning, Sanchez reached base for the third time in the ballgame, on a fielder’s choice then was brought home again on a double to right field by Mitchell.

Oneil Cruz reached on a leadoff single in the fifth inning. Martin then moved Cruz to second when he was hit by a pitch, then Ben Bengston loaded the bases after he was walked by Lexington’s pitcher, Daniel Tillo. The Legends then brought in Carter Hope to pitch with the bases loaded. He walked Chris Sharpe, which brought in Cruz, and the Power continued to extend their lead, 5-0.

The Power plated their final run of the game in the seventh inning. After Sal Biasi struck out the first two batters, Ben Bengston smacked a solo home run to the roof of the Pepsi Party Deck in left field.

The Salato Wildlife Education Center will be on hand during the game with a display featuring some of the animals from their site! They will have owls, turtles, snakes and more for fans to interact and learn more about. Also, any student that participated in the Legends’ Hit the Books Reading Program can redeem their bookmark for two free box seats at the Whitaker Bank Ballpark Box Office. It will also be the second night of the Hatfield and McCoy rivalry presented by Kentucky Department of Fish and Wildlife.