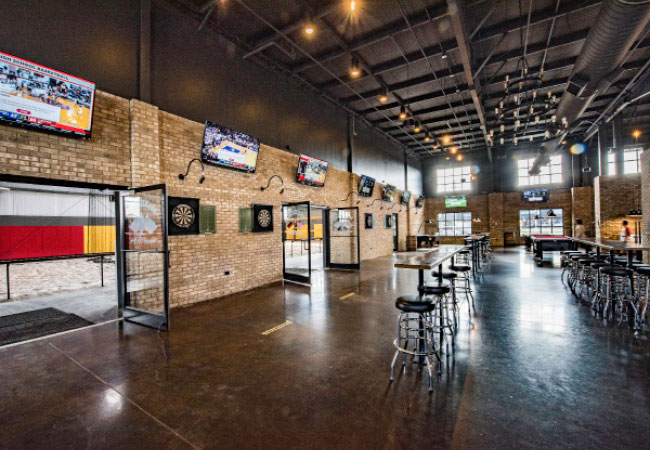 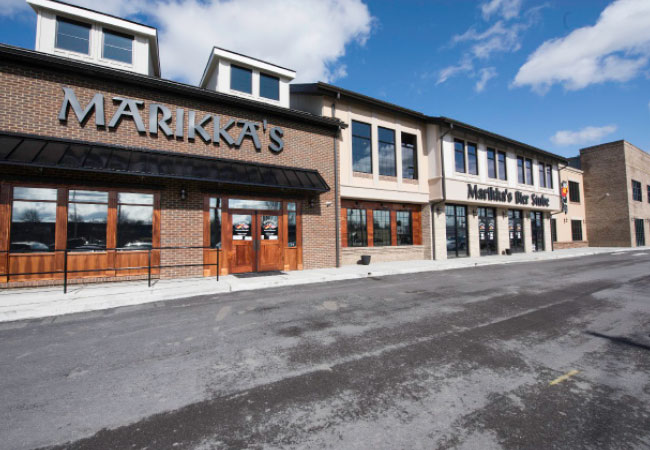 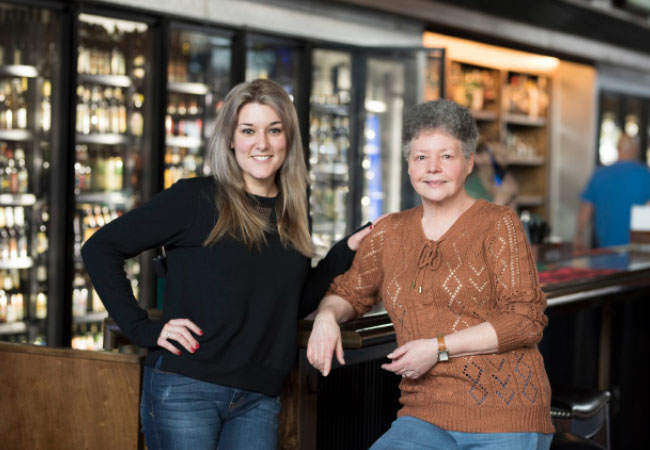 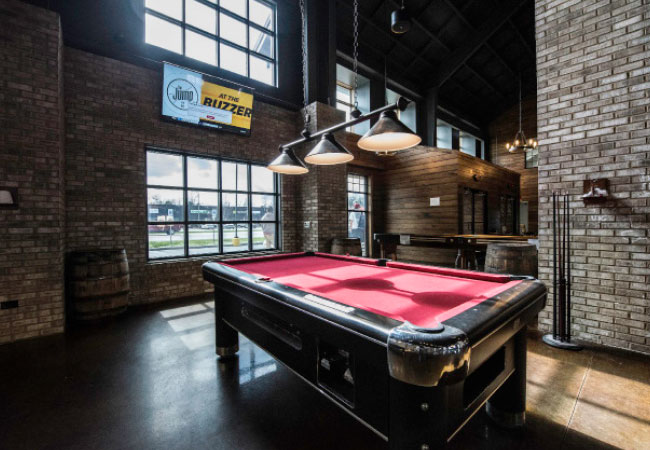 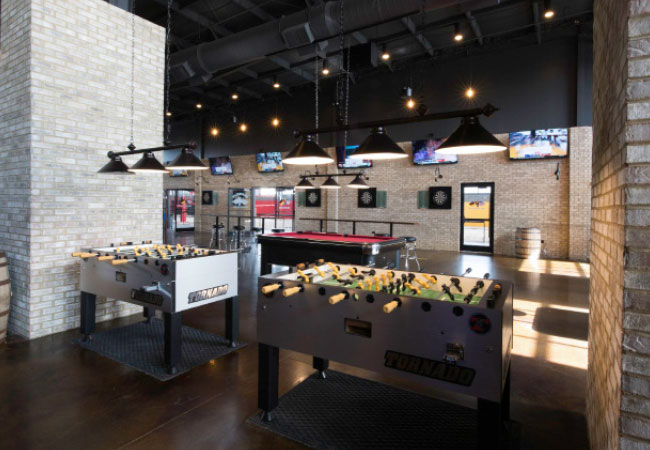 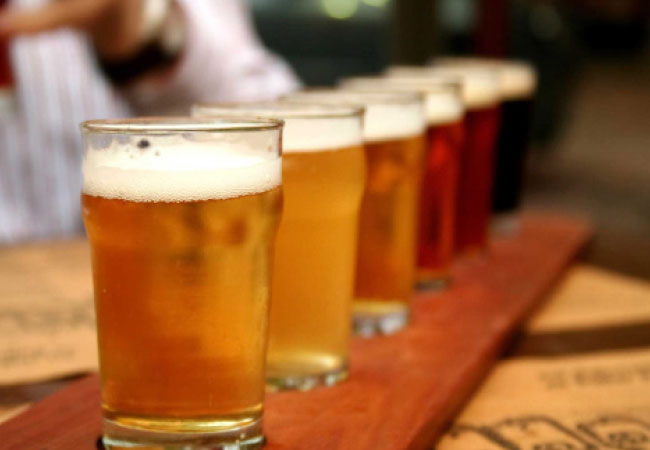 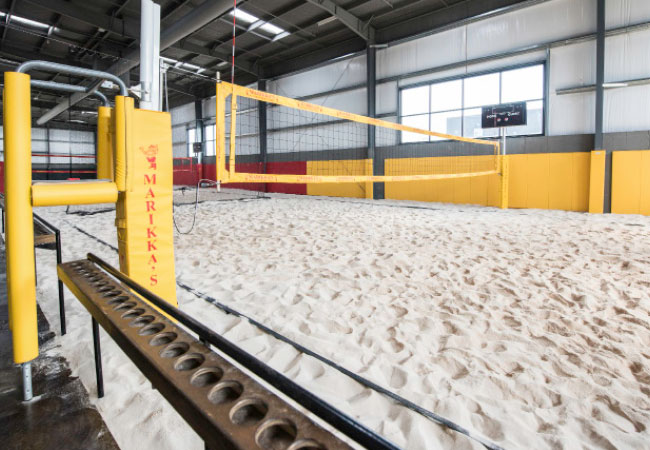 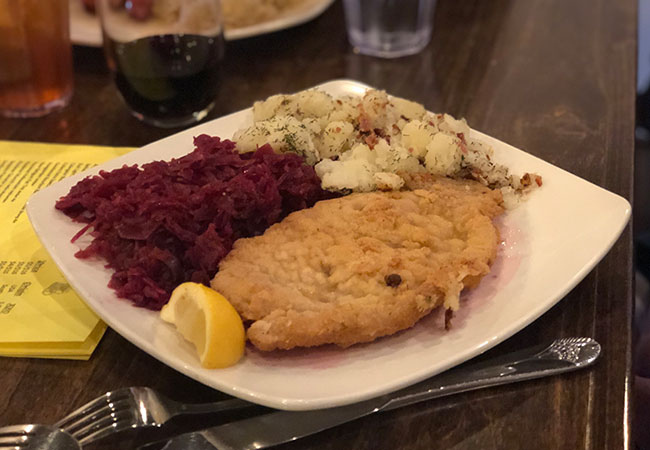 For the 15 months that Marikka’s was undergoing its expansion, Lexingtonians craving traditional German food and beer were simply out of luck. But now, the wait is over, and Southland Drive’s original destination restaurant is back and better than ever. “This has always been a dream of theirs, something they wanted from the very beginning,” said the restaurant’s namesake Marikka Tackett of her husband Doug Tackett and son Doug Junior.

For those not in the know, it was an unsettling sight to see the former restaurant demolished and the space left vacant for so long. Many wondered if Marikka’s was ever coming back. But the expansion, 25 years in the making, was worth the wait. The gorgeous, 10,000 square foot beer hall has seating for 500, along with pool, foosball, shuffleboard and darts. Massive refrigerators lining the bar showcase hundreds of brands of beer from all over the globe. Other additions include a private events space, six brand new volleyball courts and a stage for live music. “We plan to start with live trivia and hope to offer live entertainment every week or every other week, said Director of Operations Morgan Middleton.

The new building has two entrances –one for the beer hall and one for the restaurant. The building was designed by Rebecca Burnworth, who was also responsible for other industrial-chic spaces like Goodfella’s Distillery and Crank & Boom Ice Cream Lounge in the Distillery District on Manchester Street. Extra long tables, chandeliers and a mix of exposed brick and shiplap contribute to the refined but casual atmosphere.

"The idea was to make this giant, cavernous space look as much like a German bier hall as possible," said Middleton.

The Tackett family owns and leases several properties in the Southland Drive shopping center, so the square footage has always existed. “The property was there all along, but because it didn’t have a storefront, no one really knew the space existed. The footprint in the rear is the same, everything else changed,” explained Middleton, who in addition to her marketing and event scheduling duties, also manages the volleyball leagues. With six beach volleyball courts –three indoor and three outdoor—it’s now possible to accommodate leagues year-round. The idea for volleyball, Middleton explained, was Doug Junior’s. “They were at the old South Park location, and the staff and some of the regulars were itching for a recreational activity, so he went to Walmart and bought a volleyball net and a big floodlight.” With a few parking cones and a picnic table, Marikka’s very first volleyball game was born. “It was very humble at first, but people just loved it,” said Marikka. So much, in fact, that their first league began the next year in 1993.

One of the first restaurants in Lexington to offer a huge list of beers, Marikka’s list of hard-to-find imports and microbrews has grown to over 1,000 selections. The restaurant also plans to roll out a few of few of their own microbrews sometime in the future and will sell traditional German growlers that customers can have filled on-site and take home. The brewery and its inner workings will be viewable through large glass windows. Also overlooking the beer hall is a private event space, the “Jackson Douglas Room”, named after Doug Junior’s 8-month-old son.

As for the food – guests will be happy to know that the menu has remained unchanged. The traditional German recipes from Hanau, where Marikka was born and raised, like sauerbraten, homemade sausages, sauerkraut, schnitzels and soft pretzels are still available and prepared by the same kitchen staff. The dimly lit restaurant area features intimate seating and a collection of beautiful art pieces depicting traditional coats-of-arms and other German imagery. Although they reflect German culture, they are painted on reclaimed wood—a nod to the Tacketts’ Kentucky roots.

Marikka Tackett explained that before moving to Kentucky, she and Doug traveled to the United States many times for business and vacation. They visited Tennessee and South Carolina a few times before Doug’s job relocated him to Kentucky in 1987. When the company wanted to move the family to Alabama, Marikka put her foot down. “I said, ‘No, I like it here!’” she remembered. They opened the restaurant in 1991, and the rest, as they say, is history.