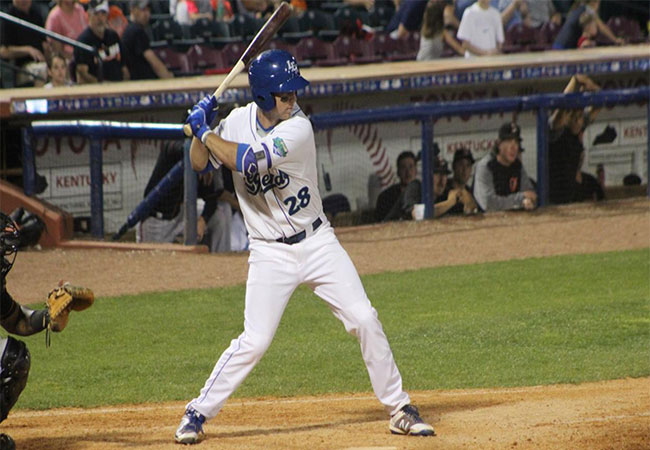 The Lexington Legends fell to the Delmarva Shorebirds 9-2 in the series finale at Whitaker Bank Ballpark. The Shorebirds record improves to 23-11 while the Legends drop to 15-17. Brenan Hanifee was awarded the win, tossing 5.2 innings allowing two runs on five hits while walking two and striking out seven. Nolan Watson was given the loss, pitching 5.0 innings allowing nine runs on 10 hits while walking one and striking out four.

In the top of the first inning, Kirvin Moesquit drew a leadoff walk then was joined on the base path byMason McCoy by way of a single. T.J. Nichting doubled home Moesquit, and the Shorebirds led 1-0. With runners at first and second, Ben Breazeale recorded an RBI single, scoring McCoy, extending Delmarva's lead to 2-0.

The Shorebirds struck again in the second inning. Branden Becker reached on a one-out single to centerfield, then Moesquit blasted a two-run home run over the right field fence. Delmarva led 4-0 after the second.

The Legends plated their only runs of the game in the bottom of the second inning. Sebastian Rivero lined a single into left field then Brewer Hicklen hit a two-run home run, his third home run of the season, over the left field wall. The Legends were on the board, 4-2.

In the fifth, the Shorebirds plated five more runs. McCoy and Nighting reached on back-to-back singles then both scored on a two-run double to right centerfield by Seamus Curran. Breazeale then stepped up and smacked a two-run home run over the right field wall to score two more runs for Delmarva. The next batter,Will Robertson then hit a solo homer to right centerfield and the Shorebirds led, 9-2.

The Legends will welcome in the Greenville Drive for a four-game series beginning tomorrow night at 6:35 p.m. The Drive will send RHP Nick Duron (0-4, 7.71 ERA) to the mound and the Legends are TBD.

Fans can breathe deep on May 12 at 10 a.m. when the Lexington Legends host Yoga on the Field Presented by Bourbon on Rye. This complimentary community event is open to yogis of all ages and allows fans to do yoga on the same field as the Legends. Beginning at 10 a.m. Brooke Williams will lead a 60-minute Vinyasa Flow. Bend and zen alongside the Legends players and Big L in this practice designed for beginners to advanced yogis. Following yoga, fans can indulge in $2.00 post-yoga mimosas. Please use this link to RSVP for the event. Special thanks to our partner, Athleta, for helping to make this possible!