Legends Come Up Short in Tough Loss to Drive 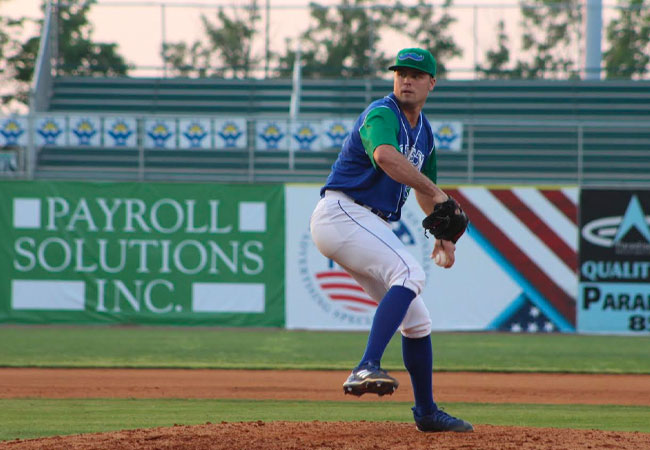 Legends Come Up Short in Tough Loss to Drive

WHITAKER BANK BALLPARK (Lexington, KY) – In a one-run  ballgame, the Lexington Legends came up short in a 13-12 loss to the Greenville Drive. The Legends record drops to 17-18 and the Drive improves to 10-27.

The Drive plated their first run in the third inning. Charlie Madden reached on a leadoff double to right field then scored on an RBI double by Zach Sterry, and the Drive led 1-0.

The Legends took a 2-1 lead in the fourth inning when Seuly Matias blasted his 12th homerun of the season, a two-run homer over the left field wall.

In the top of the fifth, the Drive’s Madden reached again on a leadoff single. He was brought home on an RBI triple by Sterry, and the game was tied at two.

The Legends took the lead in the bottom of the fifth. Marten Gasparini drew a walk and then stole second base. Ricky Aracena lined an RBI single to right centerfield and the Legends led 3-2.

In the sixth, the Drive loaded the bases with three straight singles. Ricardo Cubillan then reached on a fielding error by the shortstop, Jeison Guzman, plating one run. With the bases still loaded, Charlie Madden singled home all three runners, then advanced to third base on a fielding error. Madden then scored on a sacrifice fly by Lorenzo Cedrola. Heading into the bottom of the sixth, the Drive led 7-3.

In the bottom of the sixth, Seuly Matias reached on a fielding error by the Drive. He then advanced to second on a single by Dennicher Carrasco. With runners at first and second, Marten Gasparini lined a two-run double to right field. Gasparini scored on an RBI single by Guzman, and the game was tied at seven.

The Drive plated four more runs in the seventh. Back-to-back singles put runners at first and second, then Everlouis Lozada reached on an error by Carrasco. With the bases loaded, Kervin Suarez was hit by a pitch, and bringing in one run. Charlie Madden lined a two-run double to straightaway centerfield, and the Drive had runners at second and third. Suarez was able to score on an RBI single by Sterry, and the Drive led 11-7.

In the top of the ninth, Greenville’s Madden led off the inning with a single then advanced to third on a double by Cedrola. Cole Brannen singled home Madden, but Cedrola was thrown out at the plate. Brannen scored on a single by Sterry and the Drive led 13-8 heading into the bottom of the ninth.

Sebastian Rivero led off the ninth for the Legends with a single to left centerfield. M.J. Melendez then golfed his fourth home run of the season to the roof of the Pepsi Party Deck in right field, but the Legends still trailed 13-10. Gasparini lined a triple off the right field wall then scored on a wild pitch by the Drive’s pitcher, Lukas Young. Ricky Aracena reached on an error then scored on an RBI triple by Travis Jones. With the Legends down by one and Jones on third, Nick Pratto grounded out to the second-baseman to end the ballgame.