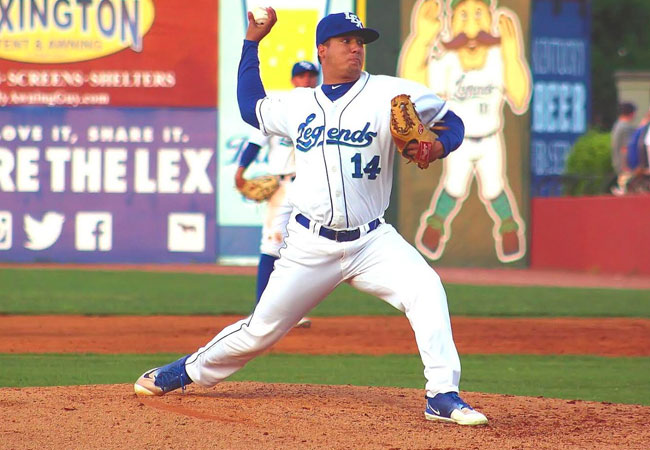 The Lexington Legends took game one over the Rome Braves with a huge 18-2 victory. The Legends scored 18 runs on a season-high 22 hits. The Legends record now improves to 22-19 overall while the Braves fall to 26-17.

The Legends plated their first runs of the game in the bottom of the first. Nick Pratto drew a two-out walk then scored on a Brewer Hicklen home run, and Lexington led, 2-0.

The Braves scored their first run of the game in the top of the fourth. Jefrey Ramos doubled to left centerfield then scored on a fielding error by Lexington’s pitcher, Andres Sotillet. After the fourth, the Legends still led, 2-1.

In the bottom of the fifth for the Legends, Ricky Aracena reached on an error by Rome then advanced to second on a single to the right field corner by Travis Jones. MJ Melendez then blasted a three-run home run over the left centerfield wall, and the Legends led 5-1. Pratto then reached on a single and swiped second base. Dennicher Carrasco singled home Pratto, further extending Lexington’s lead 6-1.

With one out in the bottom of the sixth, Aracena hit a solo home run to left field, and the Legends led 7-1.

In the bottom of the seventh, Hicklen hit a lead off double to center field then scored on an RBI single by Carrasco. With Carrasco on first, Sebastian Rivero blasted his fourth home run of the season and the Legends led, 9-1. Cal Jones then reached on a fielding error by Rome’s third baseman, Jean Carlos Encarnacion, then moved to third when Aracena and Travis Jones drew back-to-back walks. With Melendez at the plate, Jacob Belinda threw a wild pitch, allowing Cal Jones to score and moving up Aracena to third and Travis Jones to second. An RBI single by Pratto brought home Travis Jones, and the Legends led 13-1.

The Braves scored their final run in the top of the ninth. William Contreras led off with a double then scored on an RBI single by Carlos Martinez for the final score of 18-2.