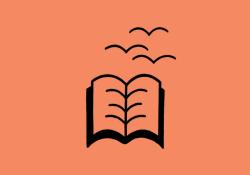 The Kentucky Historical Society is excited to announce the opening of Poetry in Color: Paul Sawyier's Two Villages. American Impressionist Paul Sawyier captured the life of his home town, Frankfort, Kentucky throughout his career. An exhibit of two sets of Sawyier illustrations set to a popular 19th-century poem gives an opportunity to compare and contrast Sawyier’s view of life and death in his home town. Paul Sawyier produced three series of watercolors illustrating the poem “The Two Villages” by Rose Terry Cooke. Two of the series are currently on display in the Keeneland Changing Exhibits Gallery. The two collections share similar themes, yet each is unique in many ways. A critic once called Sawyier a “poet of color,” and this combination of poetry and art exemplifies that. There are few clues to determine when Paul Sawyier created The Two Villages sets. Sawyier gave one set to his close friend Mary (Mayme) Bull who died in 1914. Cooke’s well-known poem was written in 1860 before Sawyier was born. Often republished, the poem appeared in the Frankfort Roundabout on February 16, 1895. A note from the editor under the title stated “applicable to Frankfort and her cemetery.” Perhaps this is where Sawyier saw the poem for the first time. One of The Two Villages collections on display was donated to the Kentucky Historical Society by Anne Thomas in the 1930s. This set has 19 images and a hand-lettered folder. Mary Ann Quesenberry donated the other collection containing 13 images and a hand-lettered folder in 2018. “Mary T. Bull, Frankfort, Kentucky” is inscribed in the folder. The third “The Two Villages” inspired set of artwork is privately owned. Hours: Tuesday – Saturday, 10:00 am – 5:00 pm. Open through Oct. 31.