TOURISTS TAKE GAME ONE OVER LEGENDS, 6-4 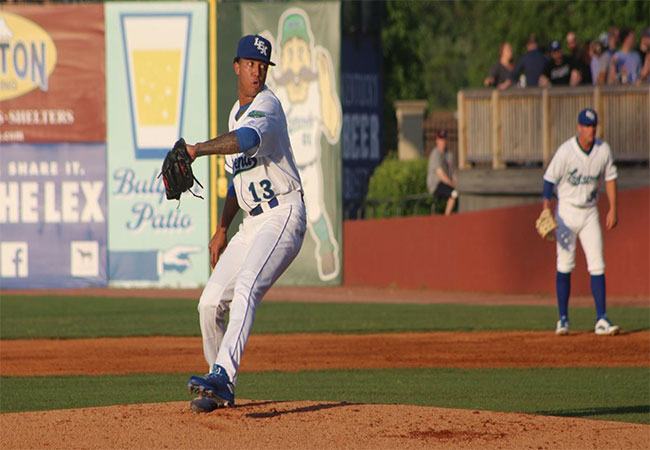 MCCORMICK FIELD (Asheville, NC) – The Lexington Legends traveled to face the Asheville Tourists and fell in game one, 6-4. Lexington’s record now sits at 23-22 while Asheville’s improves to 19-26.

The Legends scored their first runs of the game in the top of the fourth. Back-to-back singles by Nick Pratto and Dennicher Carrasco put runners on first and second base. Brewer Hicklen then lined a triple down the left field line, allowing Pratto and Carrasco to score and the Legends took a 2-0 lead.

In the bottom of the fourth inning, Casey Golden hit a lead off home run for the Tourists, but Lexington still led, 2-1. Asheville then answered with a triple of their own to tie up the ballgame. Ryan Vilade tripled home Chad Spanberger and the game was tied at two runs each.

In the top of the seventh, Pratto reached on a single to center field. Hicklen then grounded out, allowing Pratto to advance to second base. Sebastian Rivero lined an RBI double to left field, and Pratto scored, putting the Legends back on top, 3-2.

Ryan Vilade reached on a leadoff walk for the Tourists in the bottom of the seventh. Steven Linkous then doubled to left field, allowing Vilade to score and the game was tied at three. Vilade moved to third on a groundout by Robbie Perkins. A double by Bret Boswell allowed Linkous to score and the Tourists took a 4-3 lead. An RBI single by Golden further extended Asheville’s lead to 5-3. Golden then scored on a single by Spanberger and the Tourists led, 6-3.

The Legends scored their final run of the game in the top of the ninth inning. MJ Melendez led off the inning with a double to right field. Melendez then advanced to third on a single by Carrasco. Hicklen grounded out to the shortstop, and Melendez scored, making it a 6-4 ballgame.