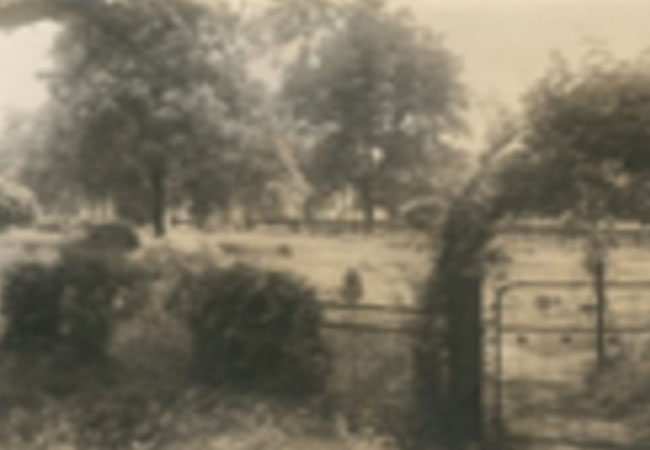 The Henry Clay Memorial Foundation’s upcoming temporary exhibit has an interesting twist – it needs the public’s participation to complete it.  “Every Picture Tells A Story” is an exhibit in two parts. The House exhibit, assembled by Ashland curator Eric Brooks, will feature historic photographs of Clay and Ashland, both favorite subjects of early photographers. The exhibit in the Keeper’s Cottage will be curated by the public.  This part of the exhibit will focus on the role that Ashland has played in the lives of members of the Lexington community as well as visitors from around Kentucky and the world.
While Ashland is privately owned, it is entrenched in the public memory of Lexington and contributes greatly to Lexington’s identity and sense of place.  Henry Clay’s Ashland is Kentucky’s first National Historic Landmark and has been a space for learning about the past for decades.  Now, the Foundation wants to illustrate how Ashland and its grounds have transitioned from Clay’s “pleasure grounds” to a space integrally linked to particular moments in the lives of individuals and families.
The Foundation is crowdsourcing photographs (print and digital) from the public to be a part of this interactive exhibit in an effort to find images from across many generations revealing the ever changing yet indelible landscape of Ashland.  Photographs from years past may reveal information about the estate and its occupants that has been lost to time.  For instance, vital information about life at Ashland and its configuration may be lurking in the background of a family portrait.  In addition, both exhibits will showcase the evolution of photography with different media, ranging from daguerreotypes to Instagram posts.

“To launch this crowdsourcing effort and spark ideas and participation from the public, we asked Henry Clay Society members John Looff and Kimberly DeCamp (Board Member) for their input,” says Executive Director Jim Clark.

From Kimberly DeCamp: “I have lived down the street from the estate for over 33 years. I credit my father-in-law, Dick DeCamp, who is an Emeritus Board Member of the Foundation, for developing my knowledge of plants and love of gardening. He cultivated this through many informative strolls in Ashland’s garden. He also instilled in me a deep affection for the estate during these talks as we walked through the garden. For the past 20 years I have been privileged to volunteer many hours weeding, digging and planting in this beautiful space with my fellow Garden Club of Lexington members. That garden path that began with Dick also led to my leadership positions in the local Club and the Garden Club of America, as well as with the Foundation. I love how these photos show that Lucretia Clay’s kitchen parterres inspired our current formal parterred garden design.”

From Dr. John Looff: “Growing up across the street from Ashland - it was the Gathering Place for all the kids in the neighborhood, our ‘Hundred Acre Woods.’ A playground for our imagination, hide and seek, catching fireflies in the summer, and building snowmen and snow ball fights in the winter.  Later, countless games of baseball and football, and later still walking hand-in-hand with my first girlfriend… So many family walks and talks and holidays celebrated. Moving away but then relocating back to the neighborhood with my own children, sharing with them similar experiences from growing up. Watching with satisfaction as I’ve seen that Ashland has become an integral part of their lives too… I look forward to sorting through decades of photos and choosing just the right one for this timely exhibit.”
The exhibit opens on July 10 and runs through the end of the year. For details on how to submit your photo and story contact Tours/Education Manager Cameron Walpole at 859-266-8581 x 205, or email her [email protected]. The Ashland estate is located at 120 Sycamore Road in Lexington.
The Henry Clay Memorial Foundation (HCMF) was established in 1926 as a private, nonprofit organization.  It exists to promote the legacy of Henry Clay, to share his continued relevance locally and nationally as a great statesman and to preserve his beloved “Ashland” as a testament to his love of Kentucky and country.