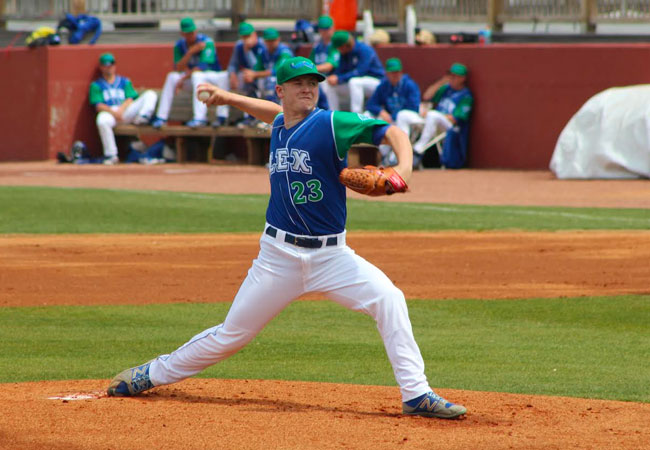 STATE MUTUAL STADIUM (Rome, GA) – The Lexington Legends travelled to face the Rome Braves in the final series of the first half of the season. Led on the mound by Nolan Watson, who threw a complete game, the Legends shutout the Braves 4-0. Lexington improves to 36-31 on the season and the Braves fall to 40-28.

The Legends plated their first runs of the game in the top of the third inning. Matt Morales drew the leadoff walk then moved to second on a single by Cal Jones. Brewer Hicklen loaded the bases with a single to left field. Cristian Perez lined an RBI single to centerfield, scoring Morales and the Legends led 1-0. Nick Pratto then popped up a sacrifice fly to centerfield, scoring Jones and Lexington was up 2-0 after the third.

Lexington struck again in the top of the ninth. Pratto drew the leadoff walk then Seuly Matias blasted his 21st homer of the season, extending the Legends’ lead to 4-0. Matias continues to lead all levels of Minor League Baseball in home runs.

Nolan Watson tossed 9.0 shutout innings in his first career complete game. He allowed six hits and did not walk a batter with seven strikeouts. Odalvi Javier was given the loss for Rome, pitching 8.0 innings allowing two runs on six hits while walking one and striking out seven.