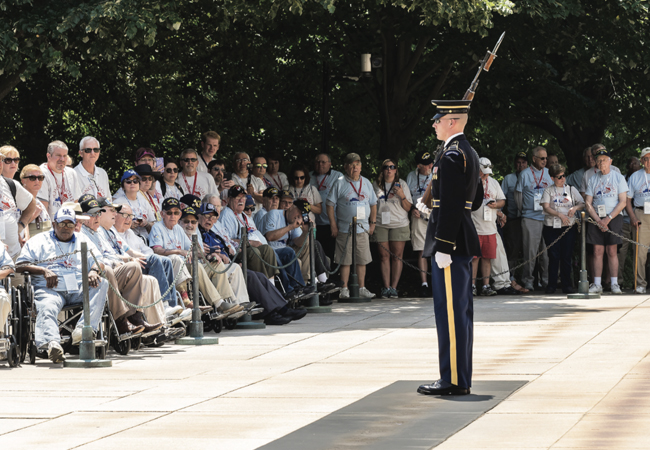 Wise Bird Cider is now open in the Distillery District

The open, modern space allows customers to enjoy a view of the cider taproom where you can see the cider crafting process taking place. The space holds a few garage-style doors that lead outside to a spacious, partially covered patio. The much anticipated Town Branch Trail is predicted to run just behind Wise Bird Cider and the nearby creek.

Wright, a certified cidermaker by the Cider Institute of North America, compares his cider to wine in the sense that its distinguishing factor is the apple variety used. Wise Bird Cider only uses apples grown in Kentucky, Virginia, Pennsylvania and Ohio.

Wise Bird Cider owners Tim Wright and Greta Pittard moved to Lexington from Washington D.C. and are excited to fulfil their dream of owning and operating their own cidery.  With two young children of their own, Wright and Pittard have made the cidery family friendly, welcoming kids and dogs!

Agave & Rye comes to Lexington in the Fayette Mall area

The famous Agave & Rye from Covington, Kentucky has opened a new location in Lexington at Fayette Mall, off of Nicholasville Road.

Located just between The Cheesecake Factory and P.F. Chang’s, this restaurant believes that food should be exciting. Their eclectic interior and gothic murals appear to be creating a space that we can’t wait to step into. From skull margarita jars to quirky art, Agave & Rye is as much a visual experience as a culinary one.

“We believe food is an adventure, taking you somewhere playful with every bite. We have made it our promise to deliver a chef inspired take on the standard taco. Elevating this simple food into something Epic,” they said. “If you enjoy creative delicious food, and an endless selection of bourbon, tequila and craft cocktails, we promise Agave & Rye is the place for you.”

Joseph-Beth Booksellers has created a summer reading program that they hope will encourage people to read more over the course of the summer. With book recommendation lists for people of all ages and “Reading Bingo,” Joseph-Beth aims to keep reading fun and interesting during summer!

Joseph-Beth has created and released three extensive summer reading lists as suggestions for readers. They have a list for kids, a list for young adults and a list for adults. The Summer Reading Bingo Cards reward readers for scoring a ‘bingo’! The cards include a ‘free space’ as well as other prompts that can be crossed off once the reader has finished reading a book that meets the prompt’s description. A prompt may suggest, “Read a book recommended by a friend,” or “Read a book reviewed by the New York Times.” Once you’ve completed the bingo card by crossing five boxes in any direction, you will win $5 in “Bingo Bucks” to spend at Joseph-Beth! If you fill the entire bingo card, you will win $10 in “Bingo Bucks!”

You can now text 911 in an emergency

Local 911 call centers are now able to send and receive text messages in the event of an emergency. The director of the Enhanced 911 Center, Robert Stack, recommends to “call if you can, text if you must.”

Individuals in an emergency situation should only text 911 if it is impossible to place a call. This service is predicted to especially be of use to those who are hard of hearing, or those that may have a difficult time speaking. Having the ability to text 911 is also anticipated to benefit those who may find themselves in a particularly dangerous situation where speaking aloud could increase the threat. It should also be helpful in the event that phone lines and cell towers are overwhelmed.

In the event of an emergency, enter the numbers “911” (do NOT include dashes) in the “To” field. In the initial message to 911, include the location of the emergency, as well as what type of help you need.

Will Muse 16-year old singer/songwriter from Somerset, Kentucky, released his second single, “Spend,” via Radio Disney in April of this year.

A talent scout from PCG Universal out of Nashville discovered Will Muse, and his “rock and blues influenced style,” at the 2017 Opry Mills Unplugged Series. Muse’s first single “I Can Change” was released only six months later. He emphasizes that the song concerns real world problems that people face on a daily basis. Muse says, “I discovered that people connect with ‘I Can Change’ on many different levels, whether it reminds them of romantic relationships, friendships, having a loved one who is battling drug addiction or some other great problem in the world. I’m excited that the release of the track allowed me to share my music with more people than ever before.”

In 2016, Muse – only 14 at the time – was inspired to create a charity event that would enable him to use his musical talents to positively impact the lives of others. Muse chose the Make-a-Wish Foundation to be the beneficiary of the money raised during the annual Somerset charity event he decided to call “Music for Wishes.” During just the first three years of this event, over $85,000 was raised and donated to the Make-a-Wish Foundation.

Commonly referred to as a “prodigy teen musician,” Muse admits that he misses several days of school each month in order to spend time in Nashville working on his music career. He will soon be releasing his nine-song EP, which was co-written and produced by Britton Cameron. Muse is hopeful that he will fulfill his dream of organizing a tour that will allow him to meet and connect with more of his fans.

Monticello Banking Company is a state-chartered commercial bank that’s served customers for over 100 years. Their bank operates from twenty offices throughout eleven counties in central and southern Kentucky. The main office, opened in 1895, still operates in Monticello, Kentucky.

Community is at the heart of Monticello Bank. They believe in strengthening and contributing to the local commumity through their business and retail banking services. By offering value and service to their customers, they build and sustain relationships that serve everyone.

Monticello Banking Company is able to meet the credit needs of local businesses by means of credit  cards term loans, mortgage loans, construction loans and letters of credit. Tax-exempt credit facilities are available for local government projects, such as infrastructure and industrial recruitment. The company offers a full range of deposit and loan products to businesses and individuals. All of this and more is offered with unparalleled customer service and professionalism.

After Willie’s closed in November of last year, the Lyles family purchased the building. Chandler Lyles explained that the family – who brought us Lyles BBQ – already knew how to do great barbeque, so they wanted to try something new.

The restaurant’s carefully curated menu was created by Jennifer Lyles and Nash’s executive chef, Ben Fatula. The lineup brings classic Southern comfort food, including hush puppies, hot browns and meatloaf with everything made from scratch or supplied from local vendors.

The Lyles family says that they “hope to build on the amazing things that the Willie’s team accomplished.” They emphasize that the plan is for Nash’s to be more of a sit-down restaurant than Lyles, which is mainly carry-out. The interior of the new eatery has a modern rustic feel.Guests can enjoy watching sports on the massive 150” television.

Nash’s Southern Table & Bar is located at 286 Southland Drive in Lexington. Join the Nash’s team for lunch and dinner. Find them on Facebook to preview the menu and get the latest updates.

Throughout the United States, more than 1,500 World War II veterans and 500 Korean War veterans pass each day. The mission of Honor Flight Kentucky is to give these deserving veterans an all expense paid trip to Washington D.C. for a full day of recognition and remembrance.

Honor Flights began when retired U.S. Air Force paramedic jumper Earl Morse accepted a position at the Springfield Ohio Veterans Administration in 2005. He began asking his patients if they had ever been to Washington D.C. to see the memorials. Morse was overwhelmed with the number of veterans telling him that they had never been to D.C. because they either couldn’t afford it or they didn’t want to go without their fellow “battle buddies.” Morse took action, and in May of 2006, the first Honor Flight took place with just 12 veterans. Today, there are more than 130 Honor Flight chapters in 45 states with countless volunteers.

Each veteran is assigned a guardian, who will travel with and assist the veteran throughout the day. Before departure with American Airlines to Reagan Airport in D.C., passengers enjoy a continental breakfast buffet at Bluegrass Airport. Once landed, the veterans board charter buses and are given a police escort to their many sightseeing destinations. Each veteran will receive letters from students, families, politicians and others that want to thank them for their service. They are greeted once again at Bluegrass Airport for a Welcome Home Celebration.

Honor Flights allow veterans to remember those lost and to come to terms with what the hardships they experienced, which often brings peace and closure. Doyle Rambo (USMC) describes the Honor Flight as “the link that completes the chain of life.”

In 2017, a program called Homefront Heroes was initiated alongside the Honor Flight. This program is designed to honor the women that made sacrifices while their husbands were serving. Once the veterans take off for D.C., the women are treated to their own day of sightseeing and shopping! They are greeted by notable guest speakers such as Kentucky Lieutenant Governor Jenean Hampton. “They are so appreciative of the recognition and story sharing with those who understand what they were experiencing on the homefront,” says Jan Yankey.

To register a veteran for this once in a lifetime experience or to apply as an Honor Flight guardian or volunteer, go to honorflightky.org. The oldest veterans and any terminally ill veterans are first priority, and will automatically be moved to the top of the list.