Who's Who: Mira Ball 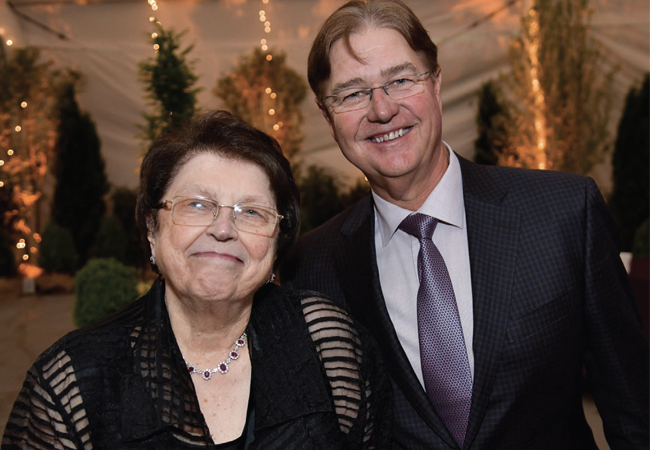 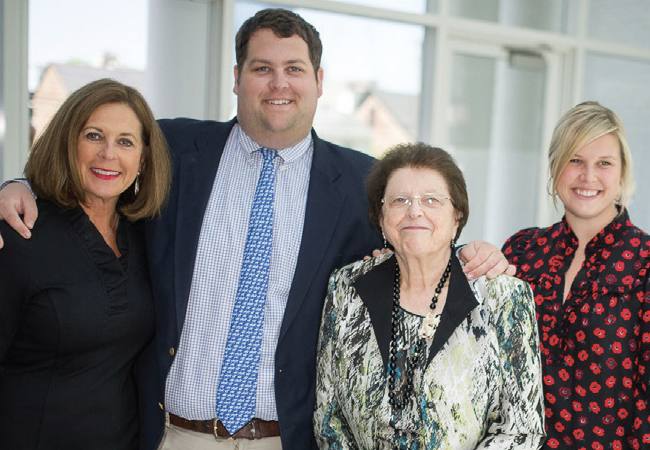 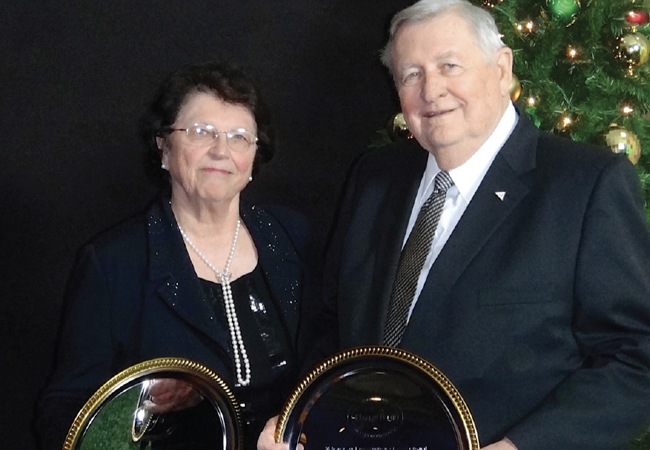 A native of Nelson County, Mira met her husband as a student at UK. She has fond memories of “going to basketball games in Memorial Coliseum and walking everywhere,” she said. There was a new program on campus at the time and she had a part-time job with it, the Central Placement Service, which would help students find jobs upon graduation. She graduated in 1956 with a degree in Business Education.

“I did teach one year, but then our family came along and Don had started the business,” she said. “He needed help accounting-wise. I started doing this and I’ve been doing it ever since.”

Although she officially retired as the chief financial officer for Ball Homes 14 years ago, she still comes to the office most days a week. She and her late husband, Don Ball, incorporated Ball Homes in 1959. “He always started things and I tried to finish them,” she said. “The reason we worked so well together is that he did his part and I did mine. He did not question anything much that I did and I was the same with him.”

The first project for Ball Homes was building some apartments on Alexandria Drive. They also built the 182-unit Brookstone Apartments off Red Mile Road, duplexes on Kenesaw Drive, and single-family homes in neighborhoods like Lakeshore Village and Waterford. Now celebrating 60 years in business and a nationally recognized home builder, Ball Homes properties number in the thousands. In addition to Lexington, they are also found at Paynes Crossing in Georgetown, Brannon Oaks in Nicholasville, Rose Ridge in Versailles, and in Louisville and Knoxville.

“The building business itself has been very good for my family,” Mira said. “It’s been a pleasure to be able to furnish first homes for people.”

As with any industry, there have been ups and downs. “We’re very tied to the stock market and what happens, and consumer confidence,” she said. “We have had several really good years, but there have been times when we’ve had to get creative and do different things to keep everybody here.”

“What he wanted was to help people to become self-sufficient,” she said. “He never gave up on anybody. He always believed in second chances for people.”

In 2003 the Balls’ children formed Milestone Realty Consultants, a real estate company to market the houses built by Ball Homes. “And I’m so thankful that our three children decided they would join the firm,” she said. “They have taken it far beyond what my husband and I ever did.”

Mira has seven grandchildren and four great-grandchildren. Christmas and other family celebrations are a big deal at the family farm, the 640-acre Donamire Farm out Old Frankfort Pike. They also enjoy attending UK football and basketball games. “I’m very proud of what Mitch Barnhart has done here,” Mira said of UK’s athletics director. “I think he has done a fantastic job.”

In her spare time, she loves to read. “I am a real fan of Doris Kearns Goodwin,” she said. “I’m in a book club. We read any number of different things.”

She is a supporter of KET, Kentucky Educational Television “because I think they have programming that no one else has,” she said. “You can always count on them.”

When she began serving on the board at the University of Kentucky in 2007, Pavilion A of the UK Chandler Hospital broke ground. It opened four years later. Mira Ball is still actively in- volved with UK today, co-chairing the $2 billion Kentucky Can philanthropy campaign to fund scholarships and renovate Memorial Hall, among other campus projects. Helping others is all in a day’s work for her.