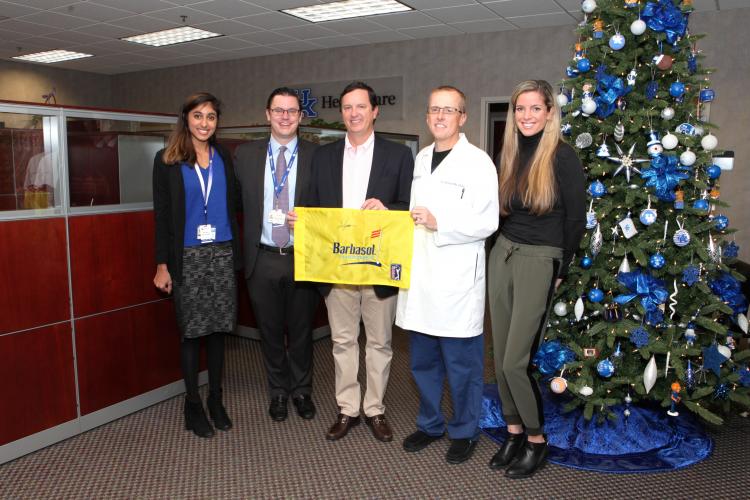 Just as caddies and their players support one another, so does Caddie127 support philanthropic organizations that benefit and empower women and children. Caddie127’s official 2019 partners are All God’s Children, Kentucky Children’s Hospital (UK HealthCare), Make-A-Wish Foundation of Kentucky, Refuge for Women, and the Woodhill Community Center.

“We were thrilled to be able to make this type of impact through Caddie127’s first year efforts by supporting these five amazing charitable organizations,” said Pettigrew. “These charities are making a profound difference in the lives of others right here in the Commonwealth,” he added. “Each of these organizations aligns with Caddie127’s mission to serve and care for marginalized women and children in their time of distress. Caddie127 is a Kentucky organization that believes women and children should never walk alone.”

Pettigrew also announced each of Caddie127’s charity partners would return in 2020 and that the Barbasol Championship has set a goal of raising over $100,000 in support of them. Additionally, $10,000 has been earmarked for the creation of a Central Kentucky First Tee program in Lexington and surrounding counties.

PGA TOUR, PGA TOUR Champions and Korn Ferry Tour tournaments support a range of charities and causes. With the support of more than 100,000 volunteers annually, and most of its tournaments structured as non-profits, the PGA TOUR generates $200 million annually which assists approximately 3,000 charities. The PGA TOUR gives more charitable resources back to the community each year than the four largest sports leagues combined.