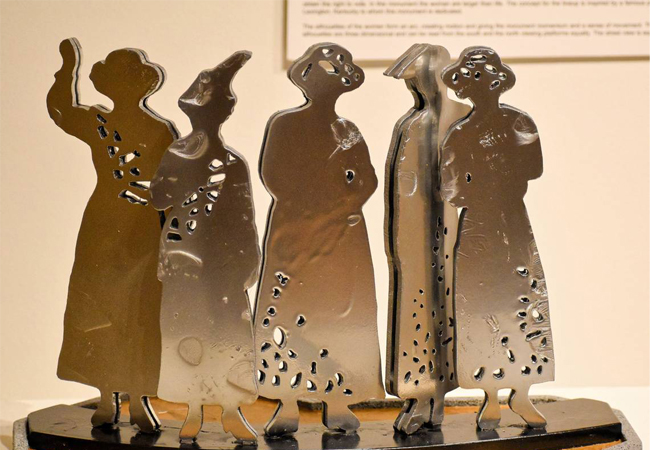 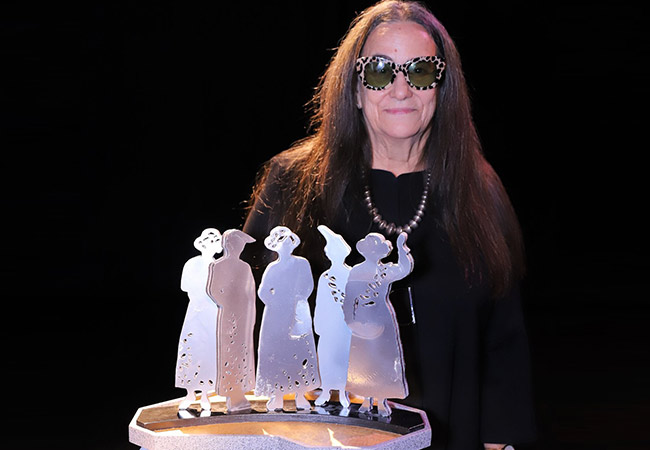 Did you know that less than 7% of the 5,193 monuments in the United States presently recognize women? In Lexington, there are none. Across the country, there is a growing movement to honor noteworthy women and their historical contributions through public monuments. Breaking the Bronze Ceiling commissioned artist Barbara Grygutis to change that statistic here in the bluegrass.

Last year, Breaking the Bronze Ceiling made a nationwide appeal for artists to design their Lexington monument. Grygutis was selected from four nalists out of 127 submissions.

Gygutis has been commissioned to create over 75 large-scale works of public art throughout North America. She is recognized internationally for her sculptural environments, which are integrated into urban and natural landscapes. Her work has been exhibited in  e Smithsonian Institute and The Parker Collection for the Vice-President’s House and the White House.

The winning design features five silhouettes of suffragettes, to honor the many Kentucky women who contributed to the suffragist cause. The silhouettes will sit on a granite pedestal to elevate it above the surrounding planter. Dudley Webb and Webb Companies made a site available for the monument on the Lexington Financial Center Plaza near the corner of Vine and Mill Streets.

Breaking the Bronze Ceiling will unveil the monument late this summer, in time to commemorate the 100th anniversary of the 19th Amendment to the Constitution, which secured the right to vote for many women. Kentucky suffragists played an important role in pushing forward legislation to give women the right to vote.