Public Art Project: I Was Here 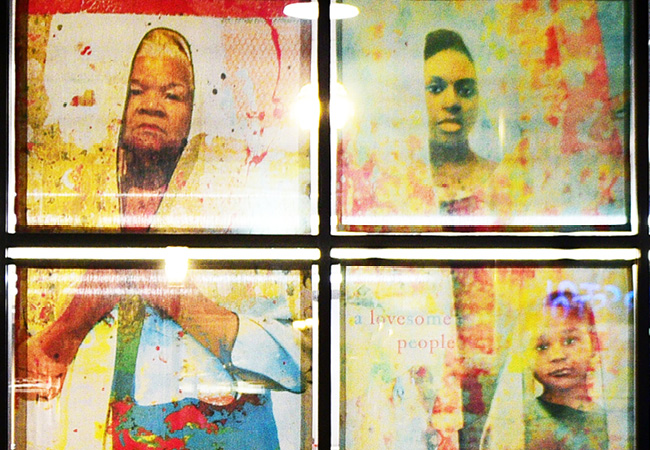 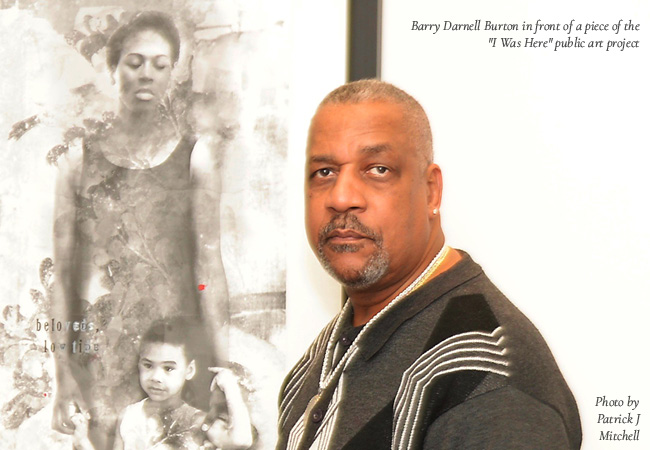 As Louisville and St. Louis prepare to welcome “I Was Here,” the people who brought the groundbreaking public art to Lexington’s streets are still unpeeling its layers of meaning.

The fusion of poetry, photography and paint honors the enslaved people who were bought and sold at a public market on Lexington’s Cheapside.

VisitLEX President Mary Quinn Ramer remembers that when VisitLEX provided the project with seed money she thought it was “frankly a bit fringe for the kind of stuff we do.”

Only recently, she says, has she fully understood how the art is central to tourism and hospitality. “The whole intent of the project is that we truly see each other, which in our business is what we’re trying to do always.”

Cierra Spaulding, a life coach and former teacher, is developing an educational resource and reading list for children, teachers and families that will embody the project’s theme “who we were, who we are, who we could be.”

In addition to openings in April in downtown Louisville and June in St. Louis at a Wells Fargo Advisors’ diversity event, the tapestries have been the centerpiece of public conversations in Winchester. They can be viewed at several Lexington public libraries.

An award of excellence from the American Association for State and Local History is spreading interest among historians, who can chronicle in brutal detail what the project’s community liaison Marshall Fields calls the “painful geography of this country, epicenters of sorrow that have been downplayed or excluded by history.”

That sorrow weighed on Ramer as she prepared to move a state-of-the-art Visitors Center into the newly refurbished Historic Lexington Courthouse, also on Cheapside.

Restaurateur Ouita Michel was opening Zim’s Café and The Thirsty Fox in the restored building and also was struggling, not just with the site’s history of slavery but also with the racial injustices enforced in the courthouse after it opened in 1900.

“Ouita and I had no doubt this building would be beautiful, a legacy. We also absolutely knew we wanted a different spirit,” says Ramer. “Ouita and I realized we had a chance to bring a whole new story to this block.”

While the decision to move Confederate statues from the grounds played out in public, “I Was Here” came together quietly in a painter’s studio overlooking the old courthouse. Artist Marjorie Guyon, who says she felt the presence of enslaved mothers and children in the doorways below, enlisted photographer and actor Patrick J Mitchell and poet Nikky Finney as collaborators.

On an autumn Saturday in 2018, Finney read her poem, “Auction Block of Negro Weather,” for the first time publicly and helped lead an audience at the Carnegie Center in one of many conversations inspired by “I Was Here.”

Ancestor spirit portraits appeared in the windows of businesses around the old courthouse in October 2018. The spirit portraits looked on as the building was re-dedicated the next month. The portraits are surrounded by words from Finney’s poem and longitudes and latitudes of significant places in the Atlantic slave trade.

The models for the 21 portraits have taken ownership of the project in significant ways. Barry Darnell Burton wrote a prayer that was offered at a sanctification ceremony last year. Burton also installs the portraits, printed on translucent shades that allow light to shine through the faces. “I love this project. It is powerful. It is informative. It’s always been a spirit-moved project,” he says.

Fields, his daughter, Iris, 8, and his mother, Marsha Fields, were models. He said he’s witnessed hearts and minds open in response to the project.

“People distance themselves from the suffering of others because they feel the guilt,” says Fields. “Maturity is understanding the difference between fault and responsibility. Is slavery the fault of anyone alive today? No. Is the repair of a nation and its citizens the responsibility of everyone alive now? Absolutely, yes.”

The spirit portraits still look out from windows scattered across Lexington, including the Visitors Center and Zim’s in the Historic Courthouse.

“It’s hard, when you have a business, to communicate ‘everyone is welcome,’” says Michel. “Those pieces communicate that.”

The “I Was Here” team sees the project taking root in other places, instilling hope at what Burton calls “Ground Zero” for slavery’s atrocities and enduring trauma.

There’s never been a plan or roadmap, says Mitchell. “The spirits of the ancestors are picking it up and taking it where it needs to be.”

The eye wall was human. Black skin could not take off running from this surge & convergence. Legal tender built & brewed this storm into a quick moving cell of half-goodbyes and twisting outstretched arms. A father's wailing mouth turned up to the night sky forever. A mother's eyes sunk below the county's water line world without end. One three X three vortex of epic ongoing drowning. Forests of human oak razed by the zephyr-force winds of banknotes. Family trees broken leaf by leaf then scattered by the winds of profit. Ten million fingers and toes divided up for chicken change. No hats or scarves or wings issued for the highly skilled wearing black skin. Beloveds, the elements, out in the elements. Low tide. Lightning strikes touching the ground where they stood waiting to be sold. Screams pushing the air unmeasured. Six million eyes and arms in whirling disbelief unravelling from each other. High tide. Goodbye Lovey. A deluge of wind is made by the mouths of children being sucked away. Women are opened like bank vaults, their gold coins snatched. Jerome is made to bare his teeth. Boy & girl twins are pulled north and south like sweet fruit on a stem. Hope is ground into a powder that will later be worn around the neck for good luck. Fathers sew their own eyes shut for what comes next. Salt streams each face under the fat and cumulous Negro clouds gathered. Holding her tiny wet hand his long-drown monsoon begins. Her feet are caught running of the wooden stump straight into the air. Don't forget me, Benna. His voice, her barometer, drops in the dew as he disappears in the back of a wagon. Told not to turn & wave. He waves & turns until she is only a black dot in a torn white dress. Amina grows wings that stretch and bear up against the sight of daughters chained around the same feet she rubbed with rabbit oil the night before. You will never be out of my sight, Rose promises the dust in the shape of a son trailing the back of a horse. Jocko and Juju go colorblind when they finally arrive in South Carolina, the rows of cotton there are long squalls of blue and green. A handsome woman stands in the middle of hurricane force winds, her 10-year-old daughter is being led away by a man with a whip whose zipper keeps flying open. The weather vanes of their sweet tobacco breath still hover in every public square of every city of the Republic. I was here they remind us if we dare lift our eyes to dare look their way. The promise of their stolen lives crumbled in between the joists and the starlight of the jet stream. A handsome people who arrived with broken hearts, punctured lungs, liver spots. A lovesome people, who arrived with belly buttons and blackberry moles, who came slew footed & left-handed, cried easily, or not at all. A red-blooded tribe who tried to run away, endured, and molded a nation out of infested swamps, impassable timberland, and eye wall after eye wall of hate. It was cataclysmic. There was water everywhere. Their easy on the eyes hearts pushed back against the sheets of water that kept coming.

Where do I begin?
Prayer by Barry Darnell Burton

Where do I begin?

How do I find my way home? How do I understand a language I have not been taught. Battered and bruised but never broken. Jesus and his Crown of Thorns to bear the sins of man. For The Spirit is real and it dwells within me, I have no fear of you ever leaving me. Lord, what will you have me do?

I stand here today to bless the ground that my ancestors stood on, like sheep to the slaughter, their blood sweat and tears, the ground where they stood and cried. I stand in this brokenness.

I see the River of Blood that has been shed on the Trail of Tears. I see the mountains of bodies that have been left behind. The families broken. I feel the pain of the mothers’ whose children were snatched out of their arms. The fathers denied the right to see their sons grow.

I am my father, my father’s father. Their spirits dwell in my heart and mind and guide me through this uncharted territory. We are consecrated through blood and tears.

How did you live the life that was thrust upon you by force.

How did you understand a language you had never been taught.

Today, we stand as one and give thanks and bless this land that has not blessed us. The spirits of my ancestor’s visit my dreams every night….whisper in my ear. I am standing on their shoulders.

For it is only by knowing that the cattle on a thousand fields belong to my father, therefore they belong to me as well. And not only do I claim it, it has been promised to me.

I have not yet seen where it ends. I’m just a man. What God has made me is what I am. Battered and bruised but never broken. Jesus and his Crown of Thorns to bear the sins of man.