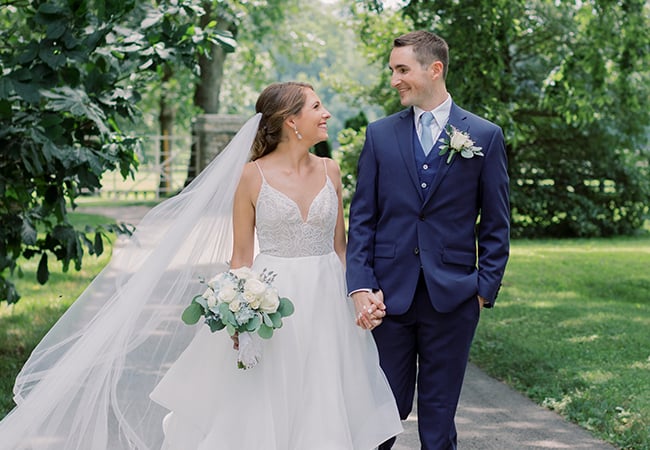 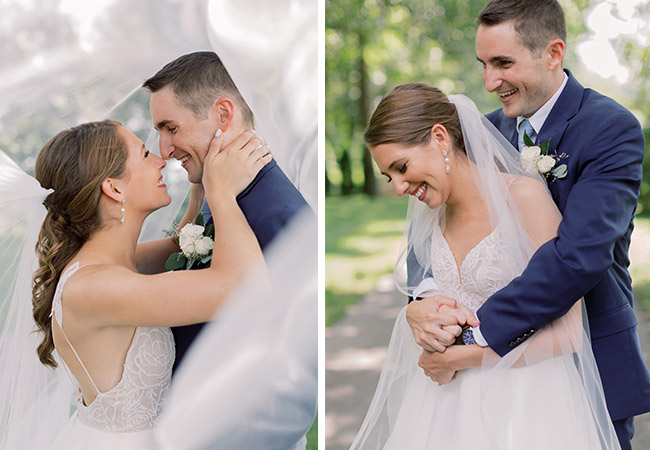 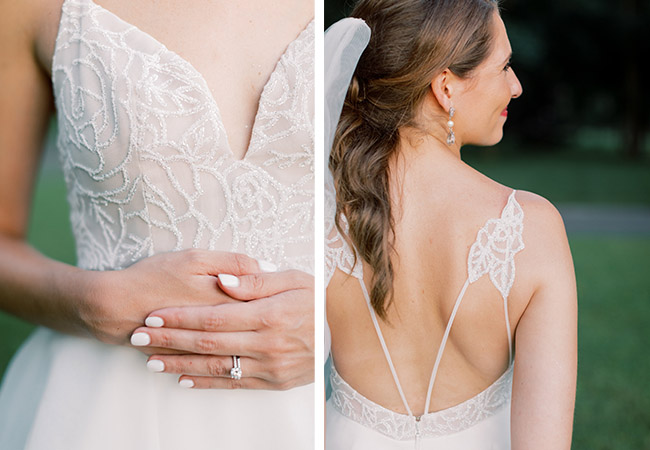 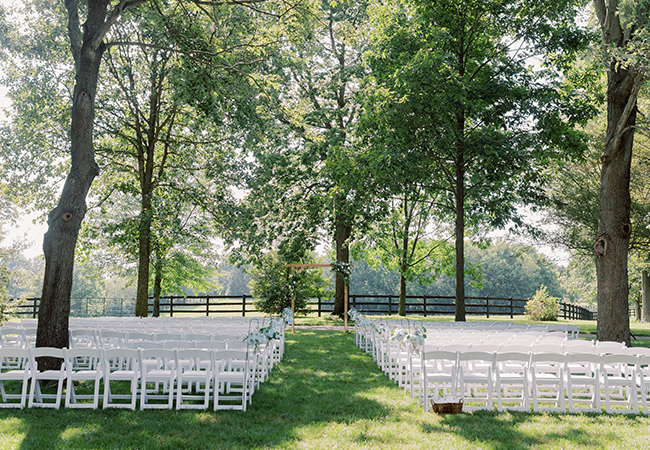 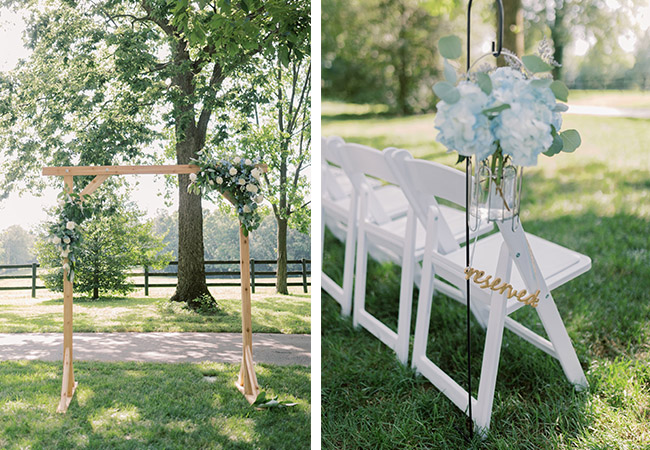 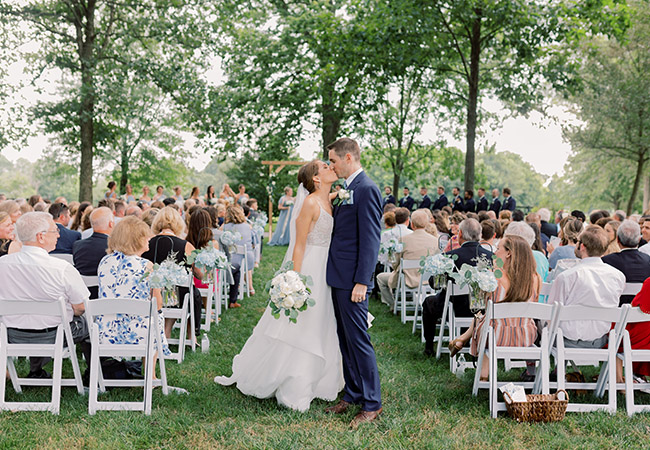 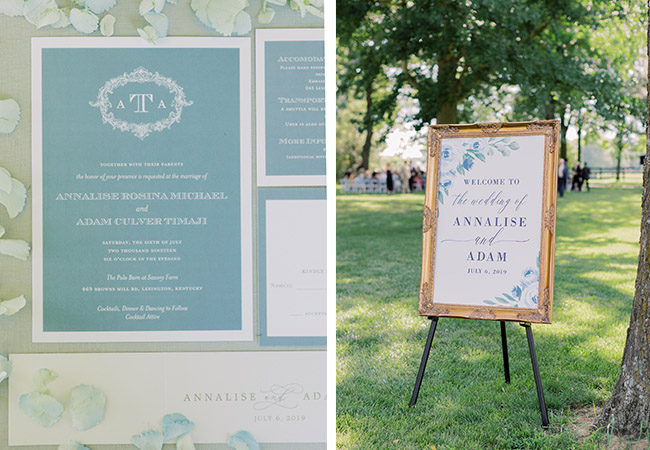 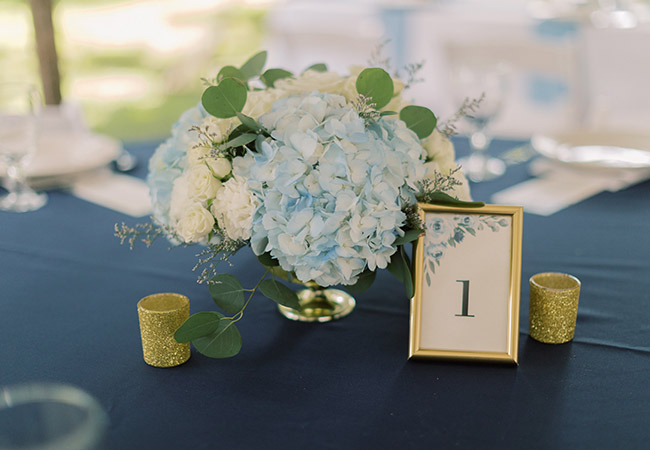 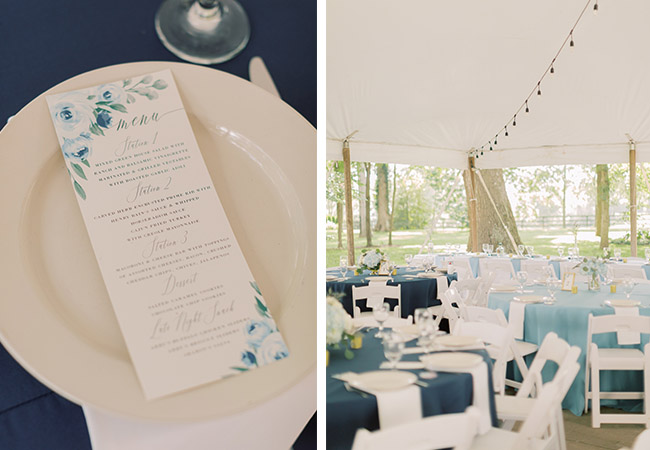 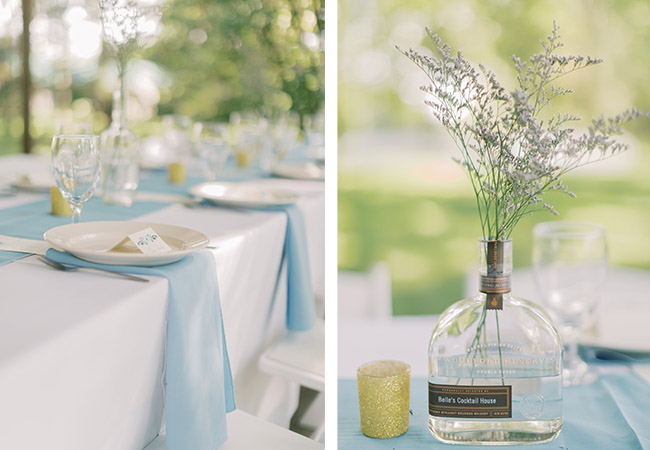 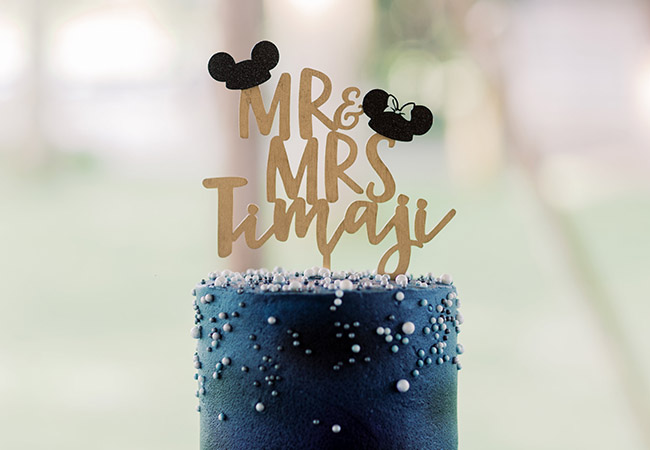 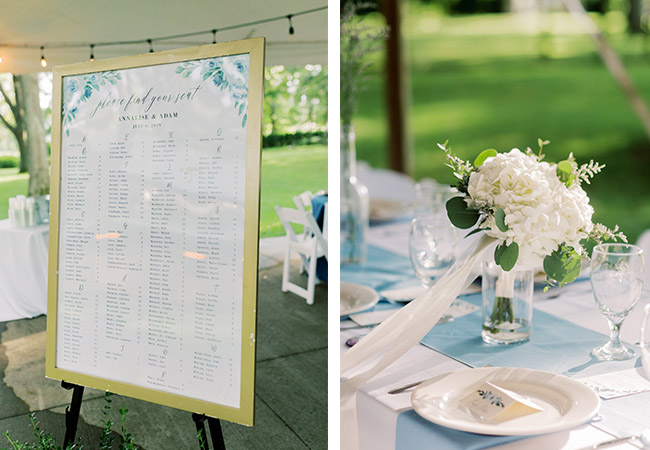 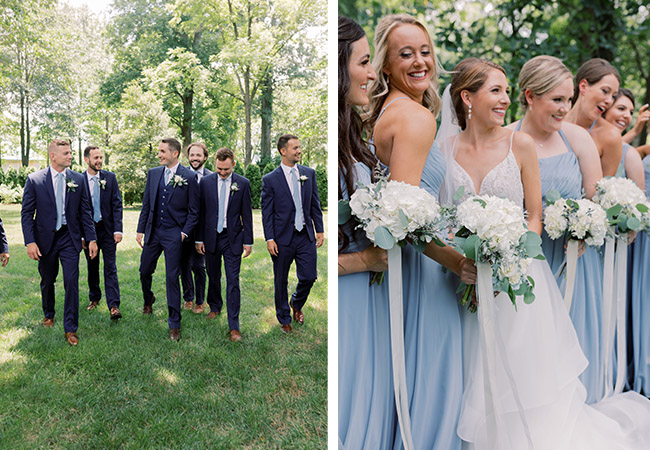 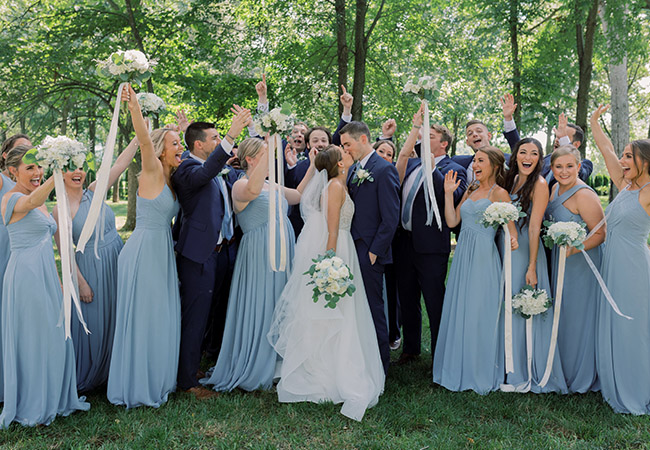 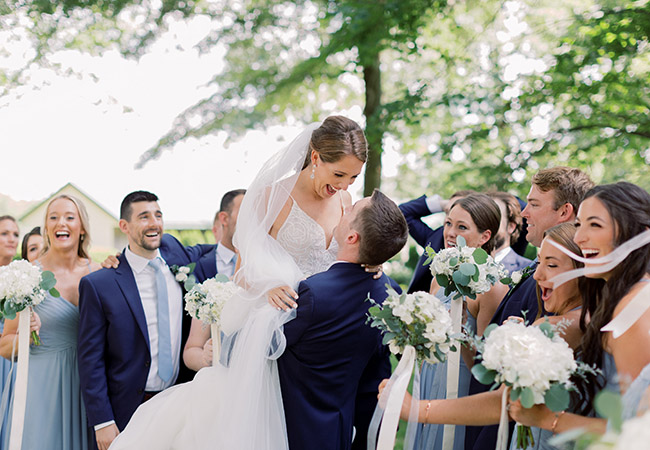 As native Lexingtonians, this couple’s love for Kentucky is interwoven into every part of their story. Having attended dozens of weddings together over the years, Annalise and Adam knew that they wanted an outdoor wedding that would make the most of the beautiful Bluegrass landscape. Annalise said, “There’s something charmingly rustic and romantic about walking out from a raucous wedding reception into the quiet, standing in dark grass under the trees while the party rages on across a field in the distance.”

The Polo Barn at Saxony perfectly embodied that vision. The fact that it is a fully functioning horse farm just brought home the Kentucky feel for the couple. The venue was theirs from Thursday to Monday, allowing them to have the rehearsal dinner at their wedding site.

For the ceremony, the aisle was lined with blue hydrangea blooms with eucalyptus in vases hung from shepherd’s hooks. The couple stood beneath an arbor, made by the groom and his stepfather, looking out over the farm. Spray roses, light delphinium, eucalyptus and magnolia leaves covered the arbor.

The bride’s bouquet mirrored the floral décor and was wrapped with her grandmother’s handkerchief.

Before the couple was even engaged, they asked their close friend Brandon to officiate the ceremony, a promise he held without breaking a sweat in spite of the July heat. In lieu of a ring bearer, the couple had a friend fly the rings in on a drone, which captured a video of the ceremony.

Just as the last guests made their way back down the aisle, the sky opened up, sending guests scrambling to the cocktail hour. Fortunately, the “good luck” rain cleared up in 10 minutes. Guests enjoyed a bourbon tasting bar, featuring bourbons collected by the bride and her father. As they mingled, they sipped the couple’s signature drinks; the Mint Julep Spritzer and Old-Fashioned recipes were created by a friend.

Dinner was served inside a tent illuminated by string lights. Tables in alternating shades of blue bore centerpieces with blue hydrangeas, white spray roses and Limonium in bourbon bottles that Adam and Annalise’s friends collected for the special day. The couple spent a lot of time at The Most Magical Place on Earth while Adam attended college in Florida, so “Happily Ever After” Disney pins were placed at each guest’s seat. Everyone loved the mac n’ cheese bar, as well as the Ghiradelli cookies the couple served as dessert (from Arby’s, since Adam’s dad owns a franchise).

Because Adam is an aerospace engineer, little nods to his profession were sprinkled throughout the day. Guests signed a star map of the night the couple got engaged at Shillito Park, the site of their first “sort-of-date” as teens. The wedding cake design was based on a starry sky at twilight, hearkening to the bride’s vision for their romantic, raucous outdoor Kentucky wedding.