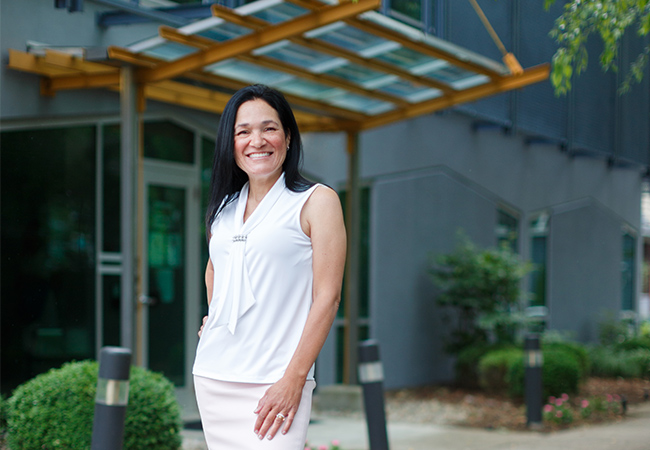 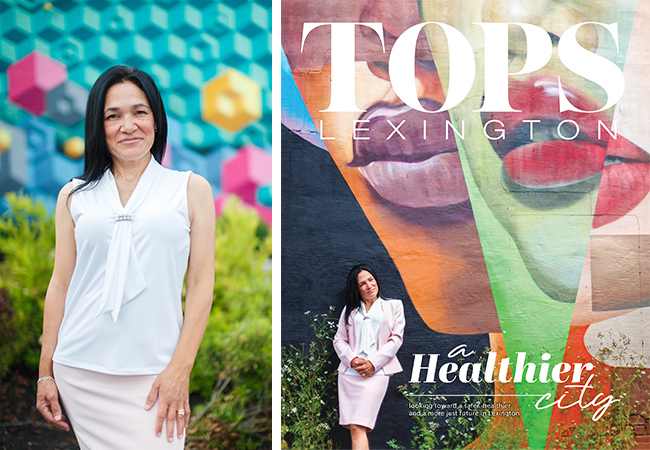 In the midst of a global coronavirus pandemic and the demand for racial equality and structural change, one local nonprofit organization, Community Action Council, is working on the front lines to help our neighbors and bring about change.

I recently met and interviewed Sharon Price, the new executive director of Community Action Council, the designated Community Action Agency for the counties of Lexington-Fayette, Bourbon, Harrison and Nicholas. Price has the charge of leading a team of nearly 420 staff, while managing an annual budget of more than $42 million dollars. During my interview at her office, I learned that Price has been in the role for just eight months. Before moving into her new position, Price served as Community Action Council’s Head Start Director for five years and was responsible for ensuring that, annually, more than 2,000 children and families received high-quality early childhood education and comprehensive support services.

Price grew up on a small farm where her family raised chicken, cattle, and pigs, and they got by using lagniappe, a Creole word that means “a little bonus gift.”

As I learned more about Community Action Council, I learned that apart from her work, Price is also a wife, a mom of four, and the youngest of 12 siblings. The pride she has for her children is evident as she tells me that her oldest daughter is a Chief Resident Psychiatrist at the University of Louisville, her two middle children are studying at the University of Kentucky, and her youngest child attends Frederick Douglass High School. Education has always been important; Price graduated from Southern University with a Bachelor of Art in History and, later on, earned a Master of Science degree in Early Childhood Studies from Walden University. Initially, Price wanted to be a high school history teacher, but that plan changed when she moved to Lexington 28 years ago from a small Creole town in Louisiana. Born and raised on Cane River, Price noted that, “Everything that I am today started in that little community.” Price smiles as she describes her mother, “She has three priorities: God first, family second, community third. In that order. No exceptions ever.” As an adult, Price came to understand that she grew up in poverty, but as a child, all she knew was that she and her siblings were healthy and happy and they didn’t want for anything. Price grew up on a small farm where her family raised chicken, cattle, and pigs, and they got by using lagniappe (pronounced lan yap), a Creole word that means “a little bonus gift.” Price and her family often used the familiar term to describe the exchange of hand-me-down clothes that occurred regularly among the siblings, cousins, and neighbors. This friendly bartering system showed her at a very young age the value of community and what it means to take care of your neighbors.

In addition to education, Price believes that another strong predictor of success is having strong role models, especially for young children. Price said, “we have to be intentional about the role models that influence our children. I wanted my children to see and interact with people of color in professional positions, such as healthcare providers, so I made sure that they had that exposure.” When asked about her own personal role models, she points to her six sisters. As the youngest sibling, Price said, “They’re not afraid of telling me the truth, even if it’s something I don’t want to hear. They’re strong in their conviction and what it means to make people feel like they belong. Respecting the dignity and value of all people was always reinforced.” And today, Price is standing on these principles as she works to help families recover from the impact of the coronavirus pandemic amid a local and national outcry for racial justice.

As executive director, Price actively works for equality most often by working to eliminate barriers for individuals and families living in poverty. When she first became the executive director eight months ago, she could not have predicted the road just ahead. As she continues to navigate these rough waters, Price plans to implement more efficient and innovative initiatives that help strengthen the community for everyone. Said Price, “We will double-down on effective programs that are working and, as demonstrated recently, turn toward grassroots efforts that ensure that the voice of people with low income are heard as we work to address infrastructural policy changes that are costly or damaging to the working poor. Community Action will be more visible in our community addressing the complexities of poverty in whatever form they present themselves.” Whether it’s connecting people to resources or simply just sharing what you have, perhaps we can all embody the spirit of lagniappe and be a little bonus gift to someone else. • PHOTOS BY CONRHOD ZONIO