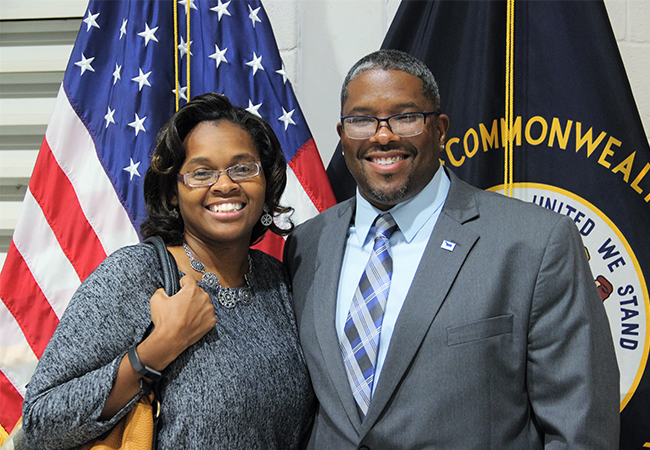 Representing the city’s 1st District, James Brown has been a city councilmember since April 2015. As a Lexington native, he is extremely passionate about service to neighborhoods. He has served on several social commissions and boards, including the Task Force on Neighborhoods in Transition. He and his wife, Charmayne, have three children.

TOPS: What are your priorities for your next few years as city councilmember?

I believe some of my priorities for the city/district haven’t changed, but I do believe the collective public awareness of those priorities has been heighted due the current pandemic and social unrest in regards to racial justice.

As a nation and on the local level it’s a priority that we must address systemic racism and the impact it has on people of color. One area of focus is law enforcement with a call for enhanced transparency, accountability and increased community engagement at all levels.

Our city’s current growth strategy is putting additional pressure on traditional African-American, downtown and low-income neighborhoods, with several of those being located in the 1st District.

Another priority for our city is to promote economic development that not only provides workforce opportunities for all skill levels, but also encourages entrepreneurship with small and minority business inclusion.

In regards to growth, it’s a priority that we have discussions and implement policies that encourage more equitable developments in regards to housing affordability to prevent displacement of residents.

TOPS: Can you explain the mission and goals of the Task Force on Neighborhoods in Transition for our readers?

The focus of the Neighborhoods in Transition Task Force is to identify ways that we can protect our most vulnerable residents that are living in areas that are experiencing change and redevelopment, with an emphasis on addressing residential and cultural displacement. Our city’s current growth strategy is putting additional pressure on traditional African-American, downtown and low-income neighborhoods, with several of those being located in the 1st District.

TOPS: What are some other community organizations that you’re involved with? Why are they important to you?

I’m a member of the Historic Lyric Theater Board of Directors. The Lyric is the crown jewel of the East End Neighborhood. After being dark for decades, it’s now an epicenter for diverse local and national talent ranging from Devine Carama to George Clinton. It’s also a popular venue for weddings and community events.

Community Inspired Solutions (CIS) is a strong grassroots organization focused on youth-centered programs that provides mentorship, educational opportunities and more. This non-profit birthed by Rebecca Webb and Mike Thomas in 2014 as a response to youth violence, has worked successfully to meet kids where they are. After Mike’s passing 2 years ago, Mrs. Webb and her team are pushing CIS to new heights building more partnerships and serving more young people. I’m proud to serve on their board.

TOPS: What are some of your favorite “hidden gems” of Lexington?

Sometimes you find “hidden gems” hiding in plain sight and the 1st District is full of them! To name a few of my favorite local eateries, I frequent Grimes Fast Food on Georgetown Street, Doodles on Limestone and Jasmine Rice on Winchester Road.

Everybody knows the barbershop is the “Black Man’s Country Club” so I keep a membership at a few spots; Platinum Cutz on N. Broadway, Fades on E. Third Street and Wiseguys on Georgetown Street. The barbershop is where I go to relax, at times be educated, hear the latest word on any topic or to be rejuvenated and get cleaned up so I can get back to work.

With a new focus on social distancing, our parks are going to play a bigger role in our daily lives and social interaction. The 1st District is full of park. Some are packed with history, like Gratz, Duncan and Douglass Parks. Others are filled with space and amenities like Castlewood and Coolavin. Other parks are blazing trails for our city’s future like MLK Park in Winburn and the Isaac Murphy Memorial Art Garden! •