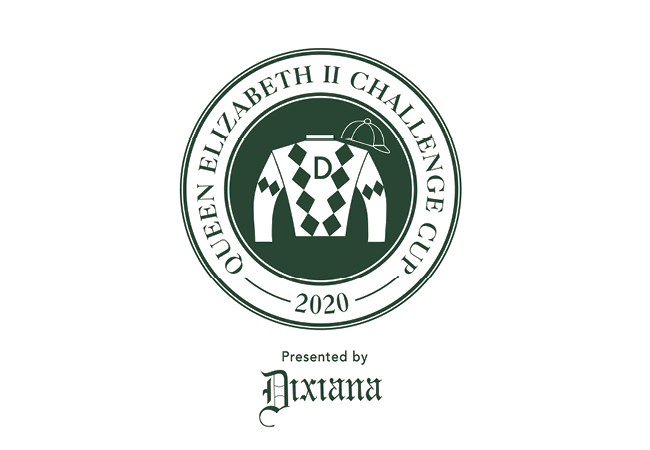 “Keeneland is pleased that Dixiana has become the sponsor of the Queen Elizabeth II Challenge Cup,” Keeneland President and CEO Bill Thomason said. “Dixiana has been a valued corporate partner through its sponsorship of other stakes at Keeneland, and the Shivelys are enthusiastic participants in our racing and sales. We are thrilled with Dixiana’s new association with such a highly regarded international event as the Queen Elizabeth II Challenge Cup.”

Dixiana is a 700-acre Thoroughbred breeding and racing operation in Lexington that dates from 1877 when it was established by Major Barack G. Thomas, considered one of the first to make a living by breeding and selling racehorses. The Shivelys purchased Dixiana in 2004 and have restored the farm while cultivating its rich legacy.

“Dixiana and Keeneland both play an iconic role in the Bluegrass and the horse industry, and we are natural partners in promoting the very best in Thoroughbred racing and breeding,” Bill Shively said. “As longtime Keeneland race sponsors, Donna and I are very excited about the opportunity to support this premier Grade 1 event.”

The Challenge Cup honors Queen Elizabeth II, an astute Thoroughbred breeder and owner who attended the races at Keeneland on Oct. 11, 1984, during her private six-day visit to Central Kentucky. That day, she watched a mock Thoroughbred sale in the Keeneland Sales Pavilion, met members of the jockey colony and presented a trophy to the connections of the first winner of her namesake race, Cherry Valley Farm’s Sintra, who was ridden by Keith Allen for trainer Steven Penrod.

Keeneland’s 2020 Fall Meet offers 17 days of racing from Oct. 2-24. On Nov. 6-7, Keeneland will host the Breeders’ Cup World Championships for the second time.

For more than 80 years, the Keeneland Association has devoted itself to the health and vibrancy of the Thoroughbred industry. The world’s largest Thoroughbred auction house, Keeneland conducts four sales a year, in January, April, September and November, and presents online auctions through the Keeneland Digital Sales Ring. Graduates of Keeneland sales dominate racing across the globe at every level. In April and October, Keeneland offers some of the highest caliber and richest Thoroughbred racing in the world. In 2020, The Summer Meet at Keeneland presented five days of racing from July 8-12. Keeneland hosted the Breeders’ Cup World Championships in 2015 and will hold the event again on Nov. 6-7. Uniquely structured, Keeneland is a privately held company with a not-for-profit mission that returns its earnings to the industry and the community in the form of higher purses and millions of dollars donated in support of horse industry initiatives and charitable contributions for education, research, and health and human services throughout Central Kentucky. Keeneland also maintains the Keeneland Library, a world-renowned public research institution with the mission of preserving information about the Thoroughbred industry. To learn more, visit Keeneland.com.