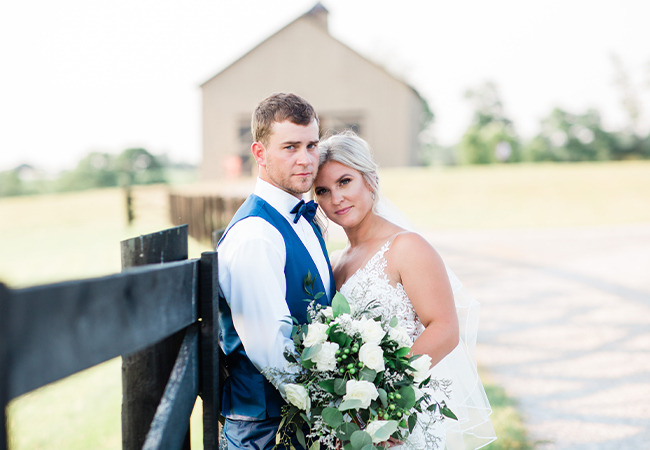 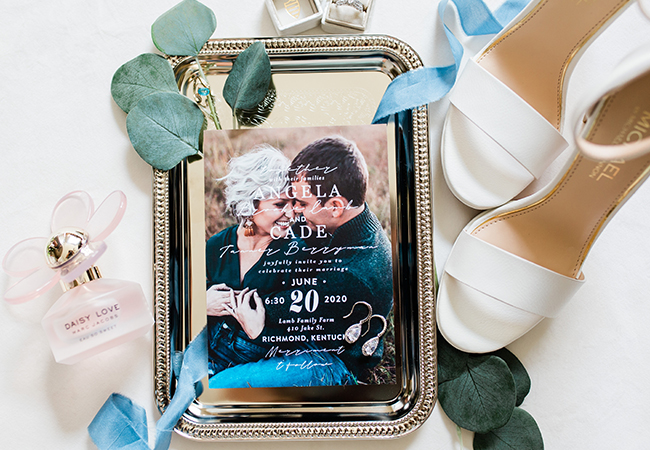 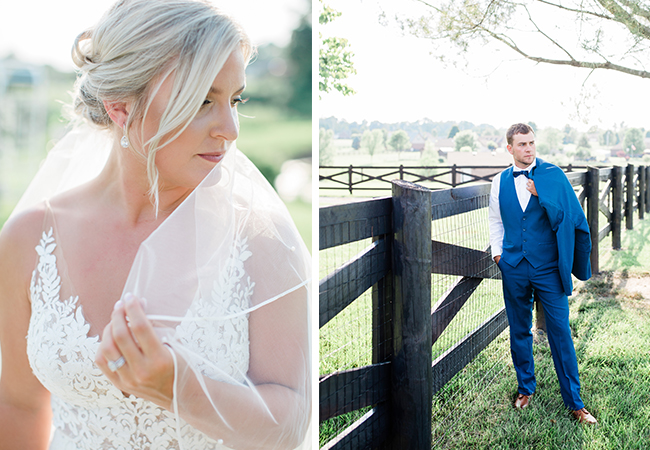 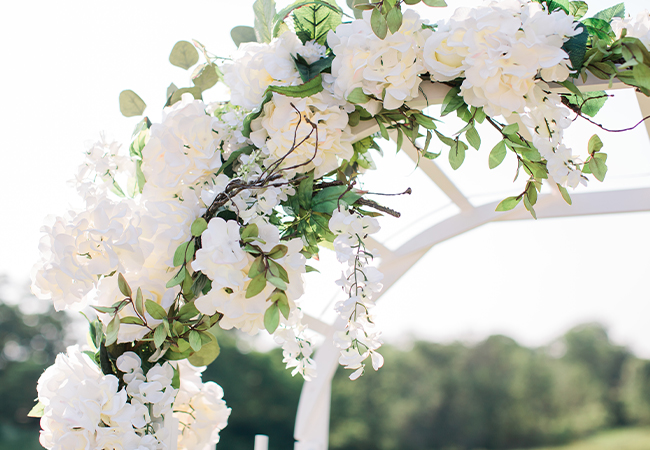 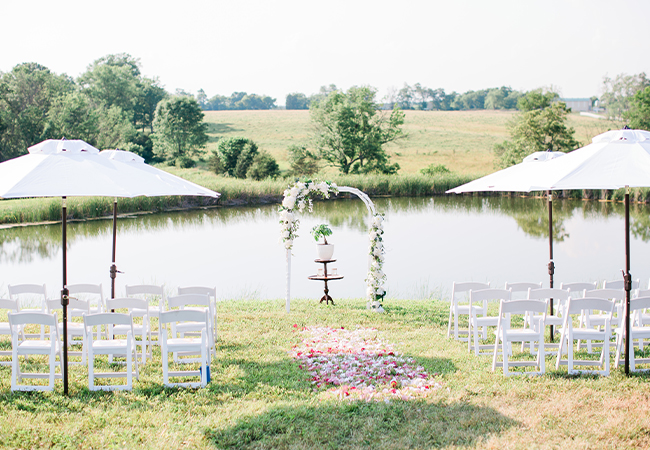 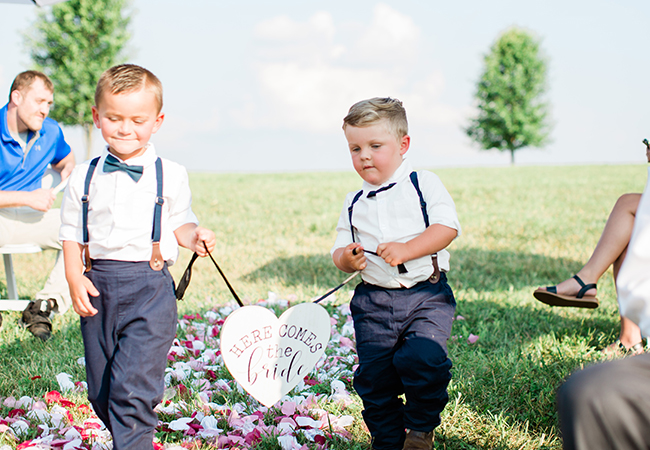 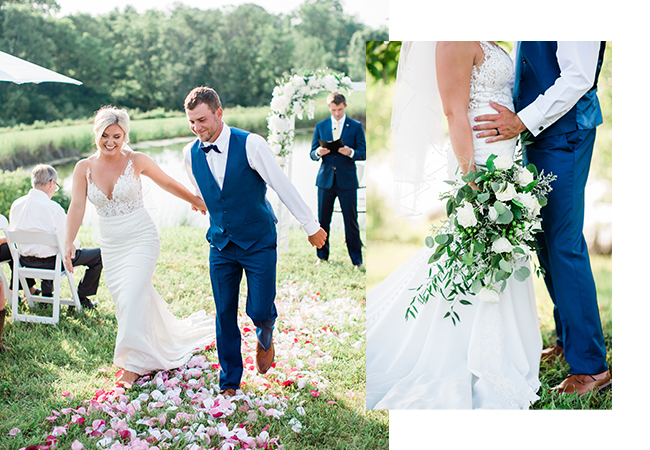 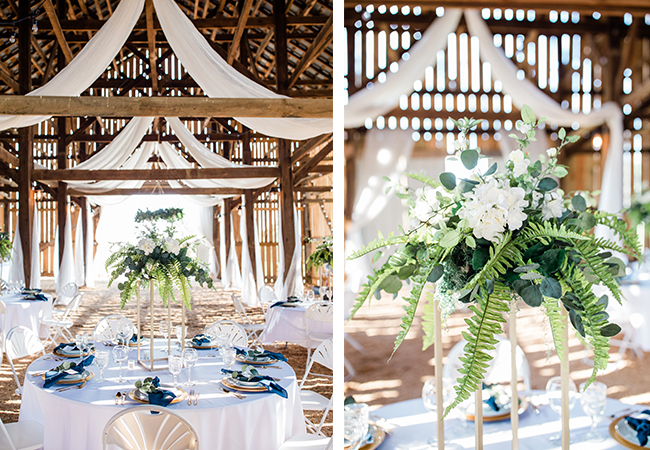 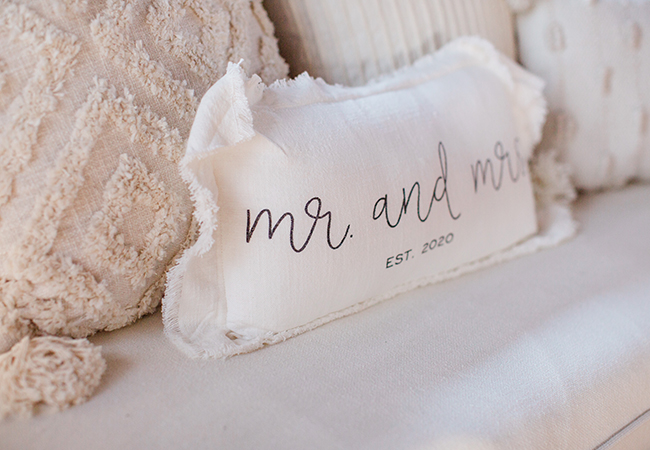 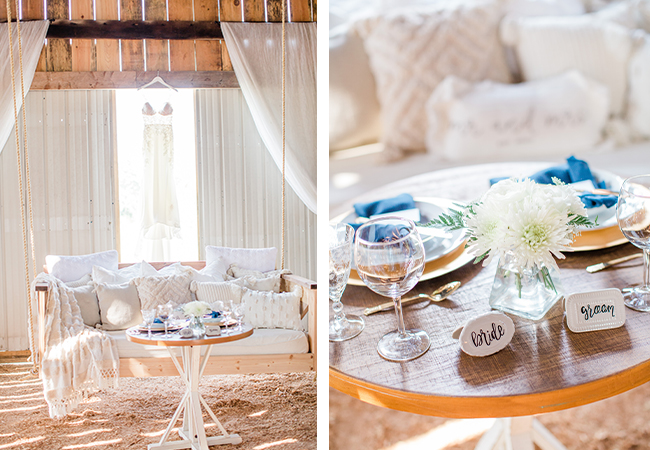 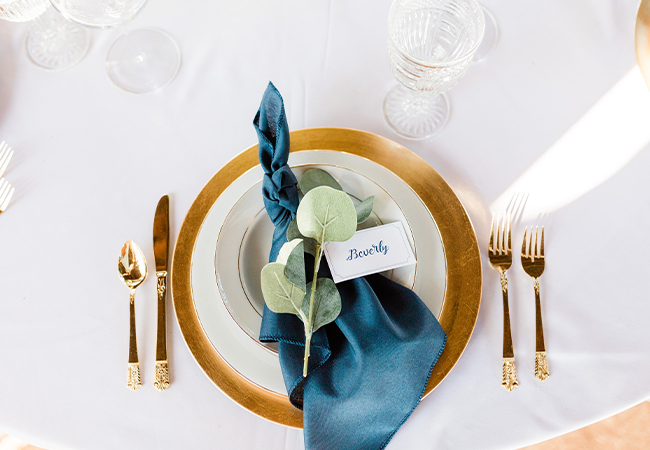 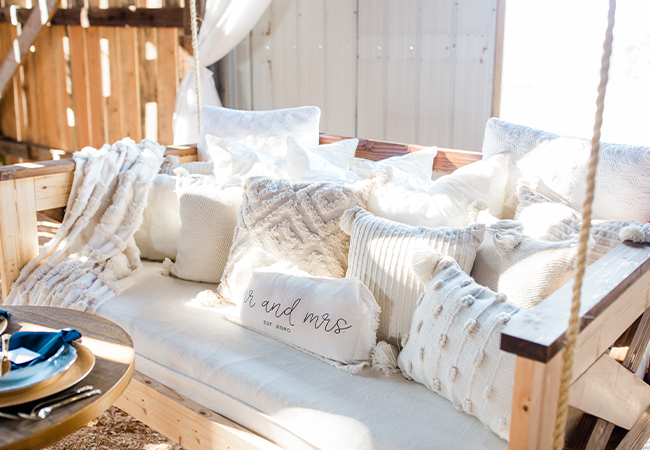 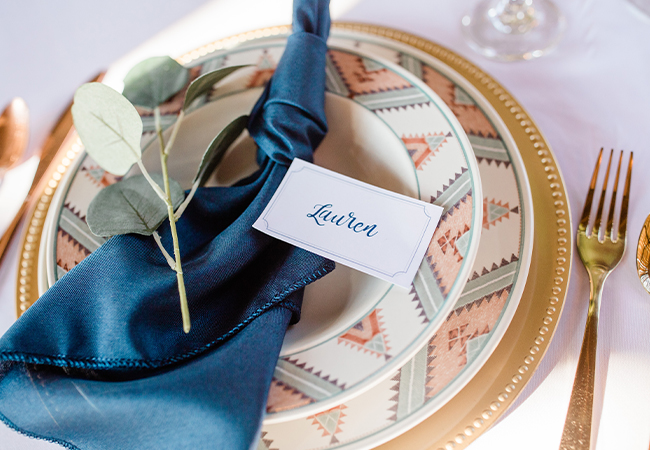 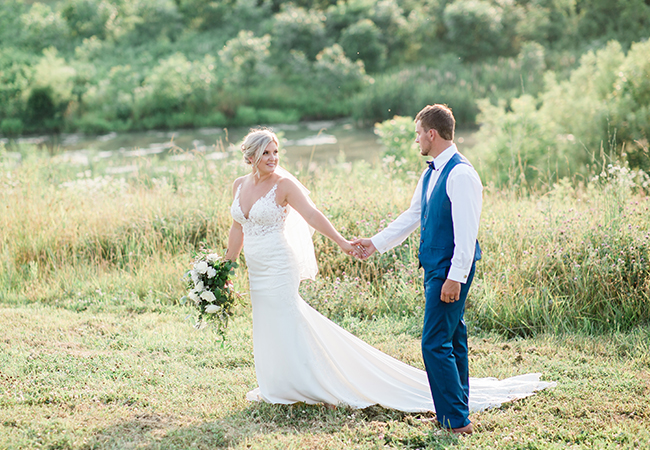 After being set up on a blind date by friends in 2011 and dating for seven years, Cade planned a romantic night on the Bow Bridge in New York City, where he got down on one knee and asked Angela to spend the rest of their lives together.

The bride and groom were both born and raised in Kentucky. When Angela's parents bought their house, they had the idea that the family would host their weddings in the 50's-era barn one day. When Angela and her twin sister, Lindsey, got engaged a week apart, the remodeling process began. The men in the family rolled up their sleeves, replaced all the wood covering the barn, repainted the sides and roof, and then added a handcrafted copula by Cade's cousin, Chance.

Creating family memories is important to both Angela and Cade. Wherever possible, the couple incorporated family sentiments and had their loved ones pitch in to make every moment as special as possible.

The bride wore a topaz ring that belonged to her grandmother and a veil that belonged to her twin sister. She also took lace from both her mothers’ and twin sisters’ wedding dresses and had pieces sewn onto the bottom layer of her dress. She was so excited to walk down the aisle that she forgot her bouquet. Cade was just as excited and forgot his matching boutonniere!

The couple was married beneath a flowered trellis that sheltered the bride's parents during their own wedding 35 years prior. The china plate settings used at the reception were a mix that belonged to both sides of the family. Along with the china, the unity table, toasting glasses and cake cutting utensils also had family sentiment, belonging to Angela's late grandparents. The centerpieces were built by hand from her uncle while her family created the rest of the floral pieces. The bourbon barrel that held their cake had also been passed down from her two sisters' weddings. The couple topped their cake with custom made figurines of their three furry family members.

Like many other couples with 2020 wedding dates, Angela and Cade were faced with the hard decision of postponing their wedding or continuing with a limited guest list. They decided to continue with their date with immediate family only. Missing their friends on their big day, the bride and groom's sisters had a surprise in store for the couple. After the night seemed to dwindle, the couple was asked to stand in the middle of the barn with their backs facing the door. To their surprise, they turned around to see cheering, dancing and clapping by 20 of their closest friends. The rest of the night was spent dancing under the stars with family and friends. The newlyweds finished the night by being taken to the historic Boone Tavern for their wedding night. They plan to take an official honeymoon in 2021.

The night was everything they wanted and more. Looking back, the couple says they wouldn’t change a thing about it.