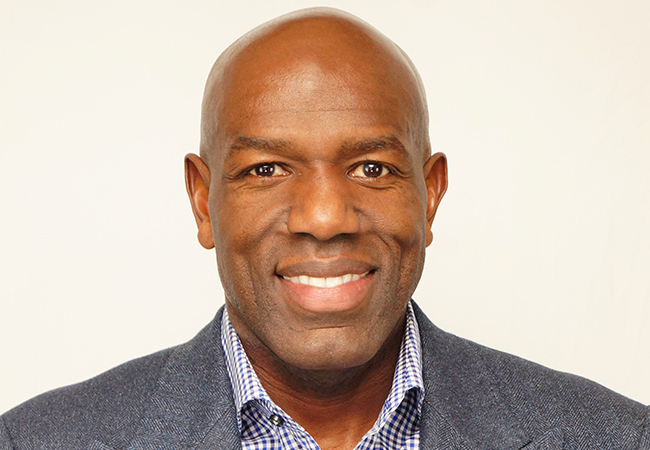 Tony Delk’s motto is “The sky is the limit,” which incidentally also happens to be one of his favorite songs, recorded by the late The Notorious B.I.G. This “anything is possible” philosophy has been instrumental in Delk’s success as an athlete, author, coach, commentator, and entrepreneur. Despite his tremendous accomplishments, Delk still considers himself “a small town guy that has continued to grow and push himself to greatness because he understands the future is now.”

Delk first made his way north from Brownsville, Tennessee to Lexington in 1992 to play point guard for the University of Kentucky Wildcats, and the city still holds a place in his heart. According to Delk, “What makes Lexington a great place to visit or live is the people. They embraced me as an eighteen-year-old kid. Lexington has always felt like home. It will always be one of my favorite cities. I love Lexington!” After helping lead the Cats to their 1996 NCAA victory, Delk went on to play professionally in the NBA for a decade, and then transitioned into a career as a sports commentator for radio and television. In 2008, he was inducted into the University of Kentucky Hall of Fame. In 2018, the former Mr. Basketball and SEC Player of the Year shared insights into his life and offered a behind the scenes look at the sport in his autobiography, Sh00ter: The Story Behind the Double Zeros.

Using his wealth of knowledge, Delk also opened the Tony Delk Basketball Academy for youth, which focuses on inspiring players be their best on the court, and off, by adopting a “championship mindset.” When asked what personally inspired him, Delk said, “On the court, it would have to be my brothers Carnell, Ricky, David, and Leslie. They spent a lot of time helping me perfect my craft. In life, it would have to be my parents Florence and Leslie Delk.”

As a lifelong athlete, Delk understands the effect of wear and tear on the body, which is why he jumped at the chance to partner with IMAC Regeneration and become the brand ambassador for the Tony Delk IMAC Regeneration Center, here in Lexington. The center is committed to giving patients options to overcome movement restricting diseases and conditions through non-surgical means using a combination of “life science advancements and traditional medical care.”

In recent news, the center became the first outpatient clinic to receive FDA-approval for the study of umbilical-cord derived allogenic mesenchymal stem cells to be used in the treatment of bradykinesia, one of the debilitating manifestations of Parkinson’s Disease.

One of the factors that drew Delk to IMAC Regeneration was the compassion of the staff. According to Delk, “It was beautiful to see how much the employees cared about the patients. After talking with Dr. Wallis about how regenerative medicine worked, I knew it would be beneficial to people who were experiencing pain.” In the past, pain has been an accepted part of life for many athletes. The center is offering hope and facilitating faster healing for players from high school to professional, in a variety of sports.

In addition, Delk is savoring the success of his trio of Lorenz00’s Reserve wines—with the “00” paying tribute to the number he wore while playing at UK. His jersey was retired in 2015. The wine line, produced by Wildside Winery in Versailles, has a sweet Riesling, crisp Chardonnay, and very special Cabernet that is aged for one year in a Blanton’s bourbon barrel. For the rest of 2020, 15% of all sales will benefit UK Healthcare’s Kentucky Children’s Hospital, so buy a bottle and drink up.

With his many viable ventures, and shots made and shots missed, Delk has gained this wisdom: “Don’t be scared to take a risk. Sometimes you must create an opportunity when there might not be one. No one knows how hard you work but you. Believe in yourself and your higher power will direct you in the right direction.” •