The Talking Tree of Lexington 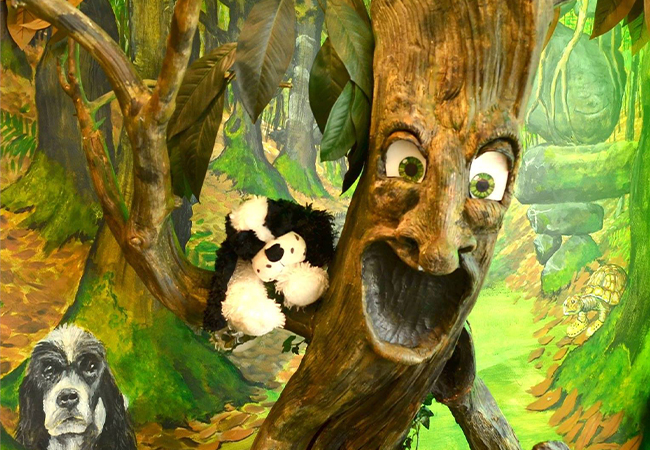 When you think about nostalgia, the magic of Disney may come to mind.

In the mid-1950s, Mrs. Corman, the owner of Howard Curry Shoes, had a moment of genius, playing off Disney’s animatronics. But it wouldn’t be in Florida or California... the magic would live right here in Lexington.

While strolling on her farm and admiring her trees’ natural beauty, Mrs. Corman decided that a tree – a talking tree – would be exactly what her shoe store needed to change the way Lexingtonians shopped for decades.

Parents and grandparents who had their magic moments as children can now pass that same experience of the Talking Tree tradition on to the next generation.

This tree, lovingly known as “Howie,” created a shopping experience that was engaging for the entire family. A clerk, hidden behind the tree, would speak directly to the children and the parents through a microphone. This magic helped make a fairly mundane shoe-fitting something befitting Cinderella and Prince Charming.

Established in 1948, Howard Curry Shoes was located in downtown – and then Southland Drive – before moving to their current home on Nicholasville Road. Todd Stockwell became the owner in 1991, and when he began to plan the move to the new location in 2009, he knew their store wouldn’t be the same without Howie. The mural behind the tree and the tree itself were originally crafted by Corman & Associates. Damon Farmer, a Versailles artist, restored the sculpture when Howie was moved.

Parents and grandparents who had their magic moments as children can now pass that same experience of the Talking Tree tradition on to the next generation. And guess what? That fairy tale slipper from Howard Curry Shoes still perfectly fits, even after all of these years.