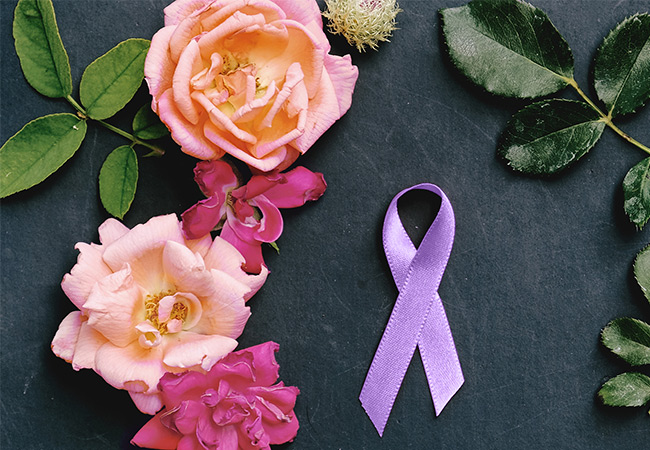 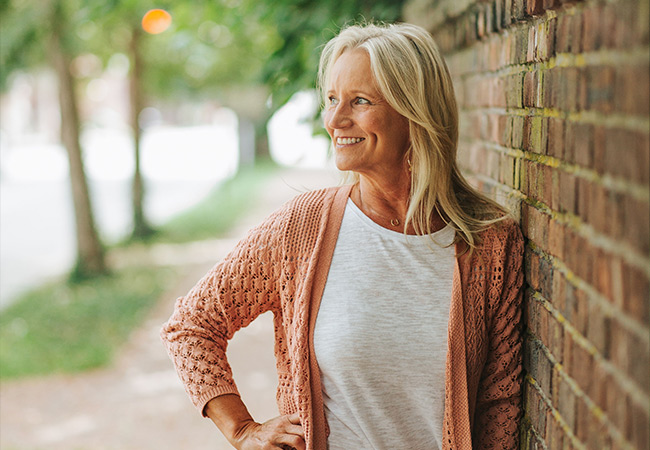 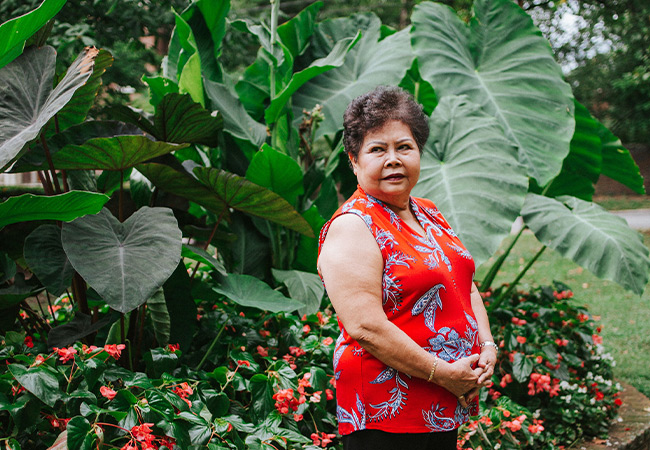 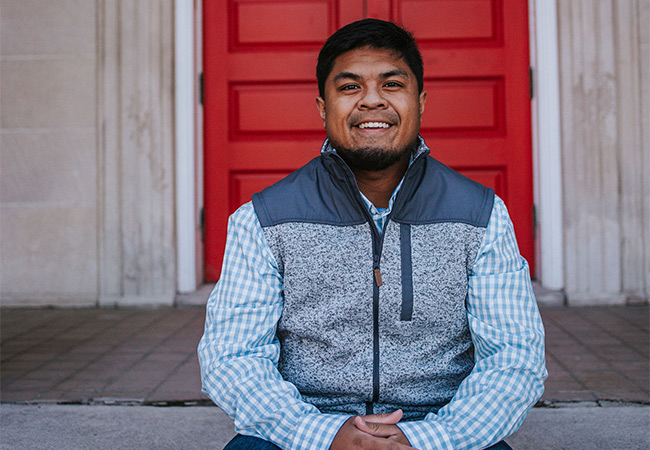 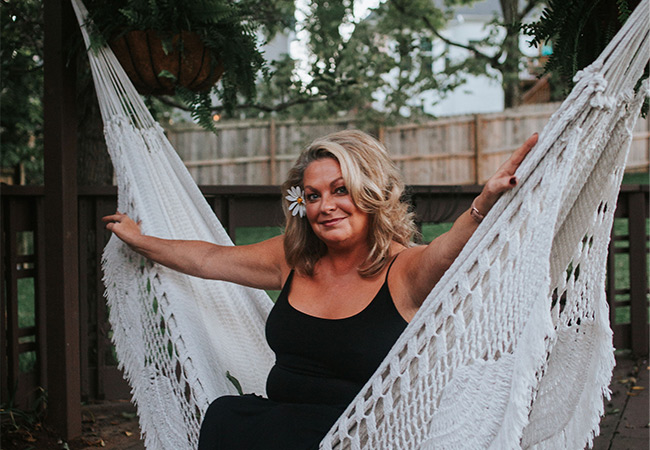 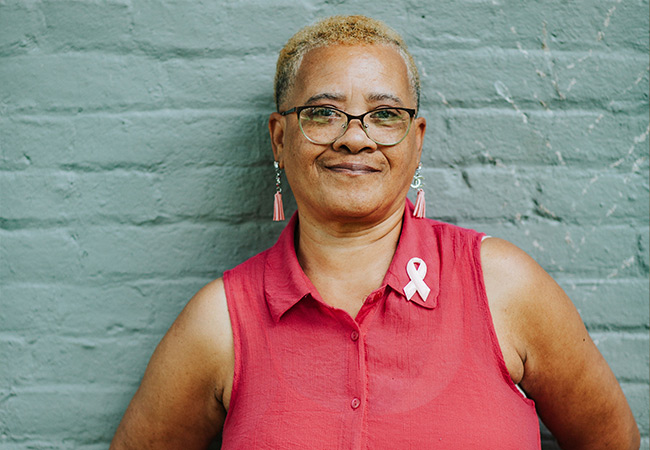 Nearly every month of the year is designated to raise awareness of a type of cancer. Each year, we feature a group of local cancer survivors in the month of October. While this month may be better known as National Breast Cancer Awareness month, we want to shine a light on survivors of all types to help remind our readers that regular screenings are an essential health care need for everyone.

"My Primary Care Physician saw a small shadow on a routine chest x-ray and sent me on to have a CT scan. A 1.2 cm nodule was visible in my right lung, but doctors were not initially concerned because I had never smoked. After consistent monitoring for over 2 years, the nodule continued to grow and surgery to remove it was eventually performed.

“Don’t assume that if you have never smoked, you won’t get lung cancer. I am proof you can!”

"When I woke up from surgery I was told the growth was cancer and the surgeon removed 2 lobes of my right lung in hopes the cancer would not return. This past May, I had a new growth removed from my left lung and it too was cancer. Biomarker testing was performed on the tissue and revealed a genetic mutation that is contributing to my recurrence.

"Family and friends have been a huge support system for me on a daily basis, but I turn to my lung cancer community of survivors when I have questions about my cancer or my treatment. They are the ones who truly know and understand this journey best. I am also fortunate to live so close to a National Cancer Institute, Markey Cancer Center, where I received excellent medical care.

"Please help us erase the stigma of lung cancer. Anyone can get this disease and it deserves the same sympathy and respect as all other cancers."

"In 2005 and 2007, I had tumors removed from my neck. In 2011, I was sick throughout the year. I saw many doctors that diagnosed and treated me for various infections. I experienced fatigue, loss of appetite, night sweats, severe back pain and unexplained weight loss.

“Being able to spend time with people was very important to me.”

"That December, I went to see Jennifer Sudduth, PA-C. She listened to my concerns and looked through all of the previous tests and scheduled me for scans that same day. We found out that the cancer had spread from my neck through my abdomen to my groin. I began receiving chemo treatments before Christmas.

"Fortunately, I was able to work throughout all of my treatments. Being able to spend time with people was very important for me.

"For anyone going through a cancer journey: be patient. It’s so important to have a good support system."

"For over 2 months, I was having sever back pain and a bump appeared along my spine. This lead to seeing multiple doctors and initially being diagnosed with scoliosis and iliac apophysitis. About a month went on and I still wasn’t getting any better. During that time, a lump the size of a golf ball popped up, which we knew it was much more severe than originally thought.

“My fight wasn’t just mine alone.”

"Tests and scans were done the very next day, which then lead to my admission at Kentucky Children’s Hospital for a biopsy and removal. The doctors said that if we had waited a couple days, I could’ve been paralyzed from the waist down.

"The two things that helped me most during that time were definitely my faith and my support system. I felt like I had a whole team behind me fighting it with me. Whether it was my family, or my classmates, or even people from around the world that had heard about me through others, my fight wasn’t just mine alone.

"This may sound cliché, but my advice would be to never take a day for granted, even when life seems to be getting tough. The Big Guy upstairs always has a plan, and He only gives His toughest battles to His toughest soldiers."

"I went in for my first-ever mammogram (well after the recommended time) and was notified that I had breast cancer shortly thereafter.

“Like many people, I was afraid to get those tests done. The fear of the unknown is not worth the price of learning too late.”

"Like many people, I was afraid to get those tests done. According to the doctors, my cancer was caught just in time for treatment to be possible.

"It is incredible the amount of hours that are spent in the cancer center, doctors offices and treatment facilities. Sterile, medical everything. I chose to keep my phone with me and played comforting music, even and especially during intimidating procedures. It made me feel calm. I can not overstate how helpful this was.

"The diagnosis of cancer used to be a grave, hopeless scenario. Fortunately, due to profound breakthroughs in science, many cancers can be successfully treated if detected in time.

"My advice is to stay current with all recommended testing. The fear of the unknown is not worth the price of learning too late."

After skin cancer, breast cancer is the most common cancer diagnosed in women in the United States. Breast cancer survival rates have increased in recent years, thanks to proud advocates and research funding, which has resulted in advances in treatment and diagnosis of breast cancer. Earlier detection is helping lower the number of deaths associated with this cancer.

“Make sure you get your mammograms done... and trust in the Lord!”

It’s important for everyone to know what’s “normal” for their breast tissue so they can spot signs and symptoms of breast cancer. Those include lumps that feel different than nearby breast tissue, changes in size or shape of the breast, changes in skin or a newly inverted nipple.

While breast cancer is most common in women, some men do experience breast cancer! That’s why it’s important to be your own advocate and know your body.