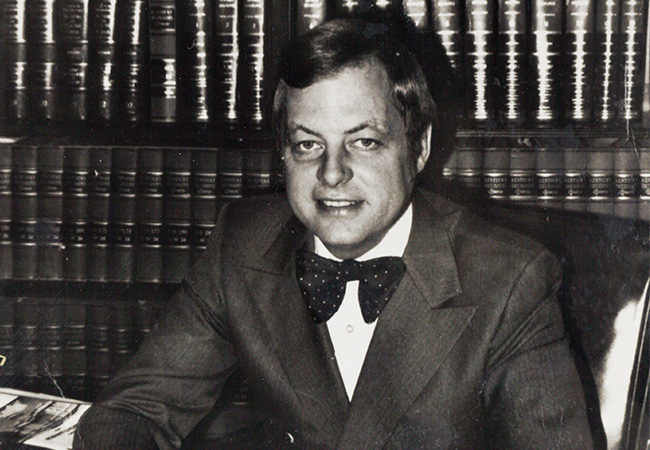 When Terry McBrayer opened a law office in a single rented room above a grocery store in Greenup, Kentucky in 1963, he surely did not anticipate the impact or the reach his career would eventually have. With his sister as his secretary and two dollars in earnings for his first case, Terry began the early stages of what would eventually become one of the preeminent law firms in the state of Kentucky.

The life and impact of a proud Kentuckian

Many people around the state knew Terry not only for his law firm, but for his involvement in state government – the origins of which were almost accidental. In an attempt to gain clients and name recognition, Terry ran for the Kentucky House of Representatives only a few years after starting his firm. He traveled around his district handing out cards, stopping in convenience stores to chat and buy cigarettes — despite the fact he didn’t smoke — in an effort to get to know the people around him. Much to his surprise, however, he won.

Thus began a lifetime involvement with Kentucky politics, which Terry saw as yet another way to help his community and the people in it. He shattered barriers at every step, serving as one of the youngest Speaker Pro-Tempores in the nation in 1968 and Majority Floor Leader in 1970. All the while, he managed a flourishing law firm, driving back and forth from Frankfort to Greenup to practice law at night. Terry’s hustle and work ethic never stopped and the firm he founded, McBrayer, McGinnis, Leslie, & Kirkland, now known as McBrayer PLLC, currently has over 50 attorneys with offices in Lexington and Louisville.

The strong relationships he built during his time in government followed him closely. He led the Kentucky Democratic Party as chairman in the nineties, and he served as former President Bill Clinton’s Kentucky Representative in both his presidential campaigns. His extensive network around the state and his boundless understanding of government processes eventually led to the creation of MML&K Government Solutions, a lobbying firm in Frankfort.

Terry was more than just his work, however – his ability to build relationships served him well throughout his life, and he could greet every person he met by name.  Perhaps the only thing he was prouder of than his law and governmental affairs firms was his loving family, for whom he would do anything. Terry McBrayer will be missed by many as a friend, colleague, mentor, community advocate, and Kentucky legend.