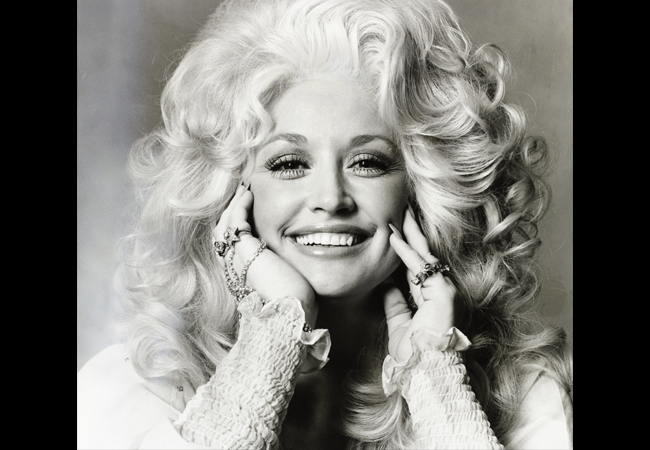 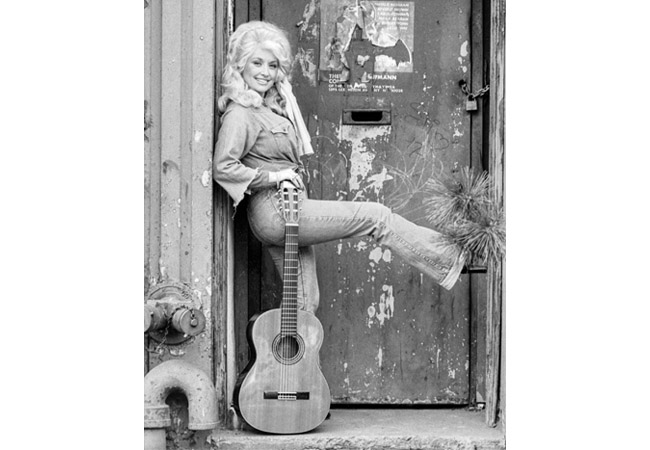 Dolly Rebecca Parton is truly the queen of country music. She has 26 career number one singles and 42 Top-10 country albums. She’s one of the most-honored country music stars of all time, and member of numerous halls of fame. Dollywood is one of the most popular attractions in Tennessee. Heck, the first cloned sheep was even named after her.

The cultural influence of this five-foot-tall singer-songwriter (and author, actress and philanthropist) is incalculable. But while her voice is amazing, her songs are unforgettable and her outfits are truly iconic, we think that what makes Dolly Parton -- the unofficial patron saint of the South -- so incredibly special is her heart.

Dolly’s humble beginnings in east Tennessee brought love of family, music and faith into her life early on. One of twelve siblings, she attended the church her grandfather pastored and began singing there publicly by age six: at age seven, she picked up a guitar.

Her father, an illiterate farmer and construction worker, inspired her business savvy and pride in country living. She once said, “I see so much of my family in the things that I do. And I love and embrace that.”

She recorded the single “Puppy Love” at 13 and appeared at the Grand Ole Opry. She graduated high school and moved to Nashville the next day. She signed a record deal at 19 with a label that insisted she stay in the bubblegum pop lane. When a song she wrote (and sang on, uncredited) hit number 6 on the country charts, her label finally saw things her way and she boldly released her first country single: “Dumb Blonde” (an anthem of blondes everywhere).

Some say she joined The Porter Wagoner Show and the rest is history. But that’s one chapter of her life where her kind heart truly shines through. She had lots of success with the show and her partnership with Porter, but by 1974, she knew it was time to go her own way. She wrote “I Will Always Love You” as a professional goodbye; she played him the song and he seemed to give his blessing. Despite later suing her for breach of contract, she continued to respect Porter as her mentor. They rekindled their friendship by 1988 to sing a duet together. She even helped him out of tax troubles by buying his production company, then gifting it back to him. She was at his bedside the day he died.

Parton’s kindness certainly doesn’t end there. She has invested millions of dollars into business ventures in east Tennessee, helping create a tourism economy in the area. In 1986, Dolly bought an interest in a local theme park and reopened it as Dollywood; today, that park sits on 150 acres and has over 3 million visitors each year. She is credited with bringing jobs and money to the formerly-impoverished area.

To honor her father, she started a literacy program known as Dolly Parton’s Imagination Library that mails one book per month to each enrolled child from the time of birth through kindergarten (in 2018, the program donated its 100 millionth free book). Her charity, the Dollywood Foundation, works to support causes like the American Red Cross and HIV/AIDS-related charities. From helping to preserve the American bald eagle to starting a telethon to help raise money for victims of the 2016 Great Smoky Mountains wildfires, her organization has done good for the South and the nation as a whole.

Most recently, Dolly was in the news for donating $1 million towards COVID-19 vaccine research at Vanderbilt University; her donation helped fund the Moderna vaccine. She encouraged others to give to this cause. "I felt like this was the time for me to open my heart and my hand and try to help,” she explained.

In spite of being ranked by Nashville Business as the wealthiest country music star, she has always maintained her humble, self-effacing style. She’s the first to crack a joke about her “Backwoods Barbie” image: “I know some of the best Dolly Parton jokes. I made ‘em up myself.”

She also holds onto her faith. “I always ask God to work through me and let me be a light of some kind and help in this world, so I always pray for that, and I always want to do good,” she once said. She’s also said, “You can be rich in spirit, kindness, love, and all those things you can’t put a dollar sign on.”

With an incredible spirit of determination, bucket loads of talent, and a sturdy sense of humor, Dolly will forever be one of the most influential, important women to come out of the South.